‘Am I Old?’: Sharul Channa brings her latest production to the stage once again 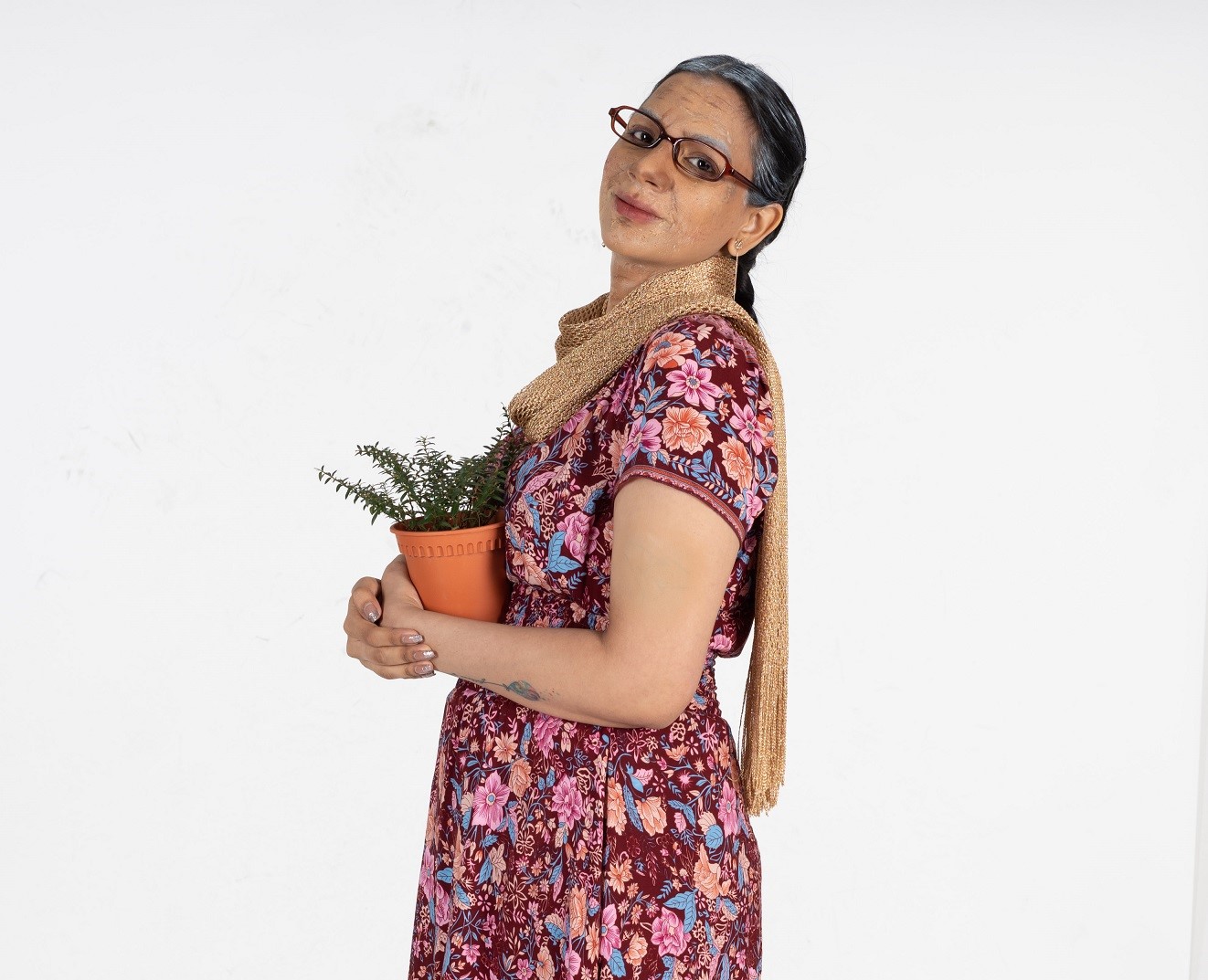 Singapore-based Sharul Channa is all set to once again bring her production ‘Am I Old?’ to the stage on April 24, 2021 for a single show. The show will be followed by a panel discussion attended by MP Carrie Tan (Nee Soon South) and others and moderated by Shailey Hingorani of AWARE (whose 2019 eldercare report provided foundational research for the show).

‘Am I Old?’ explores the life of Savitri, a 68-year-old, Singaporean retired school teacher, who is looking for something exciting to do. So she tries stand-up comedy for the first time. Armed with nothing but her Passion Card and her Pioneer Generation Package, Savitri hits audiences with her best punchlines about unrequited love, being a caregiver and coming to terms with age. 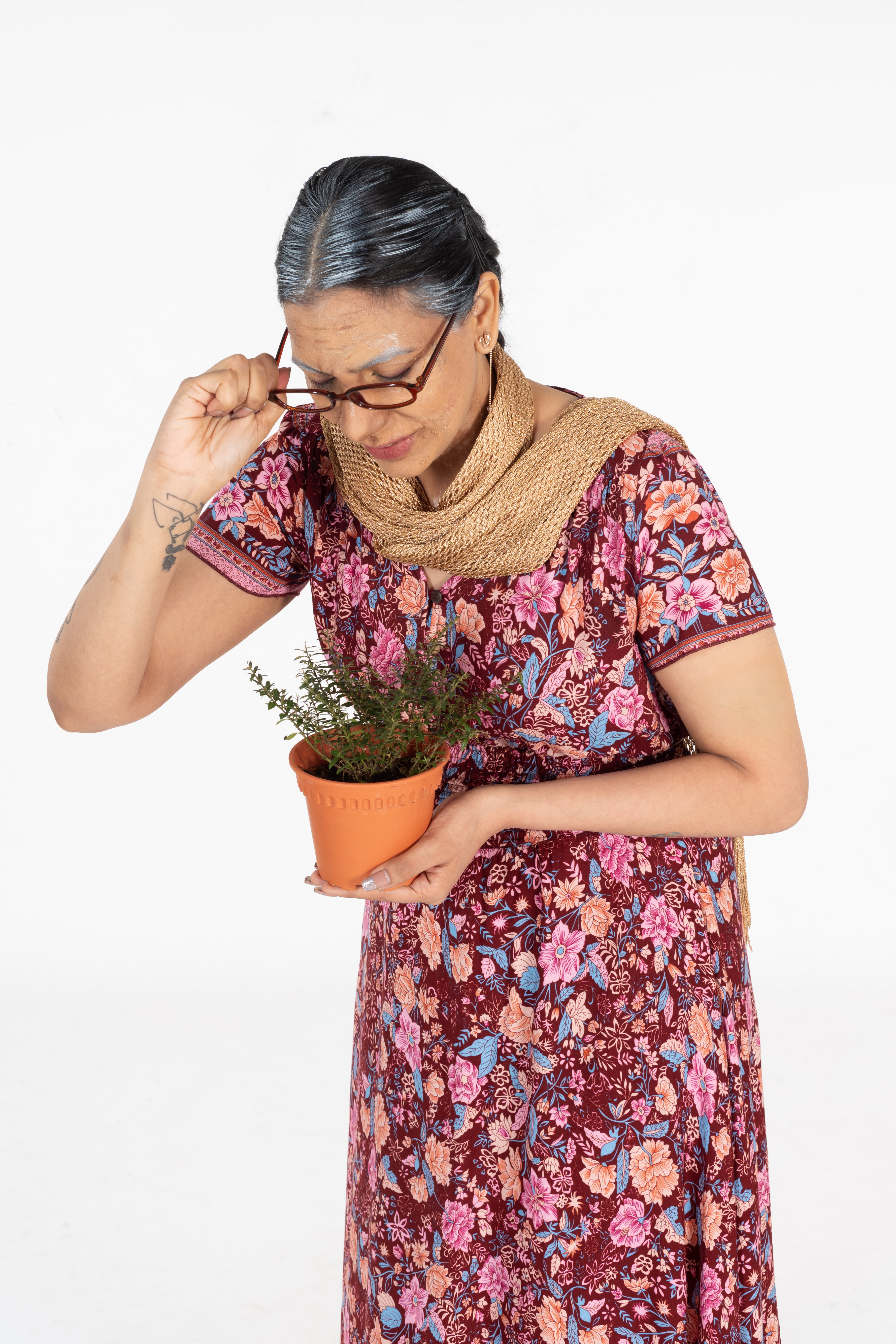 The comedic monologue has been written and performed by Channa and was first staged four times over the weekend of March 6-8, 2020, before the country went into its COVID circuit breaker. Subsequently, Channa performed six virtual shows of, ‘Am I Old?’ during the lockdown. The show now returns to the stage at the Drama Centre, National Library Building.

Channa has spent the past two years using her comedic abilities to shed light on important, and sometimes neglected, social issues in Singapore. In 2017, she deconstructed misogyny at Indian weddings with Sharul Weds Sharul, performed to sold-out theatres at The Esplanade and at The Darwin Festival in Australia. In 2018, she cycled through multiple characters in Disco Sheela and Other Indian Superwomen.

Most recently, in a performance that earned her a Best Actress nomination at The Straits Times LIFE! Theatre Awards, Channa highlighted the plight of women living below the poverty line in Singapore, in her solo 2019 piece, Crazy Poor Sita. 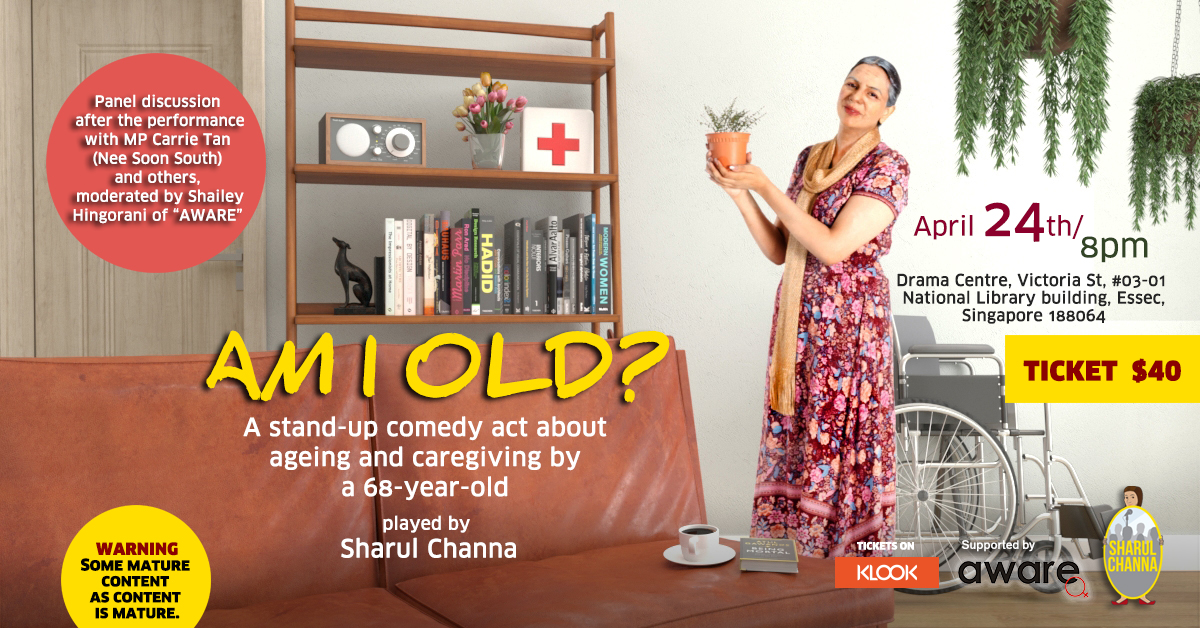 Channa has been a full-time stand-up comedian for the past 9 years and has performed to packed-houses all over Asia. She has also been formally trained in theatre from Lasalle College of the Arts.