Singapore-based writer and filmmaker Zafar Anjum’s feature-length anthology of three short films, Singapore Vignettes, made in Singapore with local cast and crew, has been released globally by MX Player. 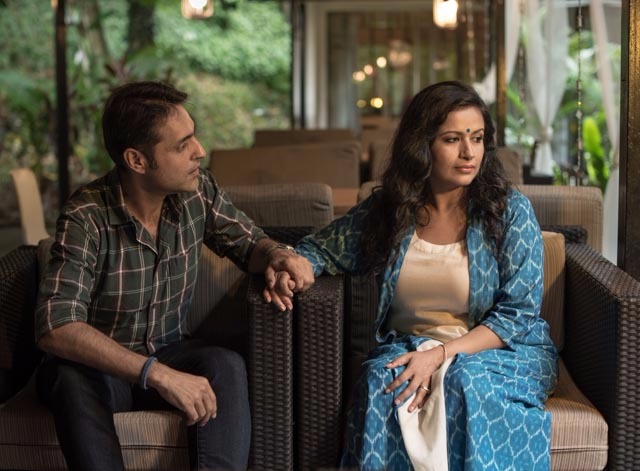 All the three films have been adapted from literary material (plays and short stories) with Singaporean writers involved in the scriptwriting. Photo courtesy: Filmwallas

The film is available in India, US, Canada, UK, Australia, New Zealand, Bangladesh, Nepal, Sri Lanka, Bhutan, Maldives, Afghanistan and the UAE. There will be a special screening of the movie in Singapore on April 11, 2021.

“It took us three years to make these films, an average of one film a year.  Last year, when we were stuck due to the pandemic, we got the editing of the last film done,” Zafar told Connected to India.

This anthology is a tribute to the beautiful Little Red Dot, telling distinct stories of the new Indian expats in Singapore, along with the story of a corporate fraud that delivers befitting justice to a group of disgruntled older workers in a factory. All the three films have been adapted from literary material (plays and short stories) with Singaporean writers involved in the scriptwriting. 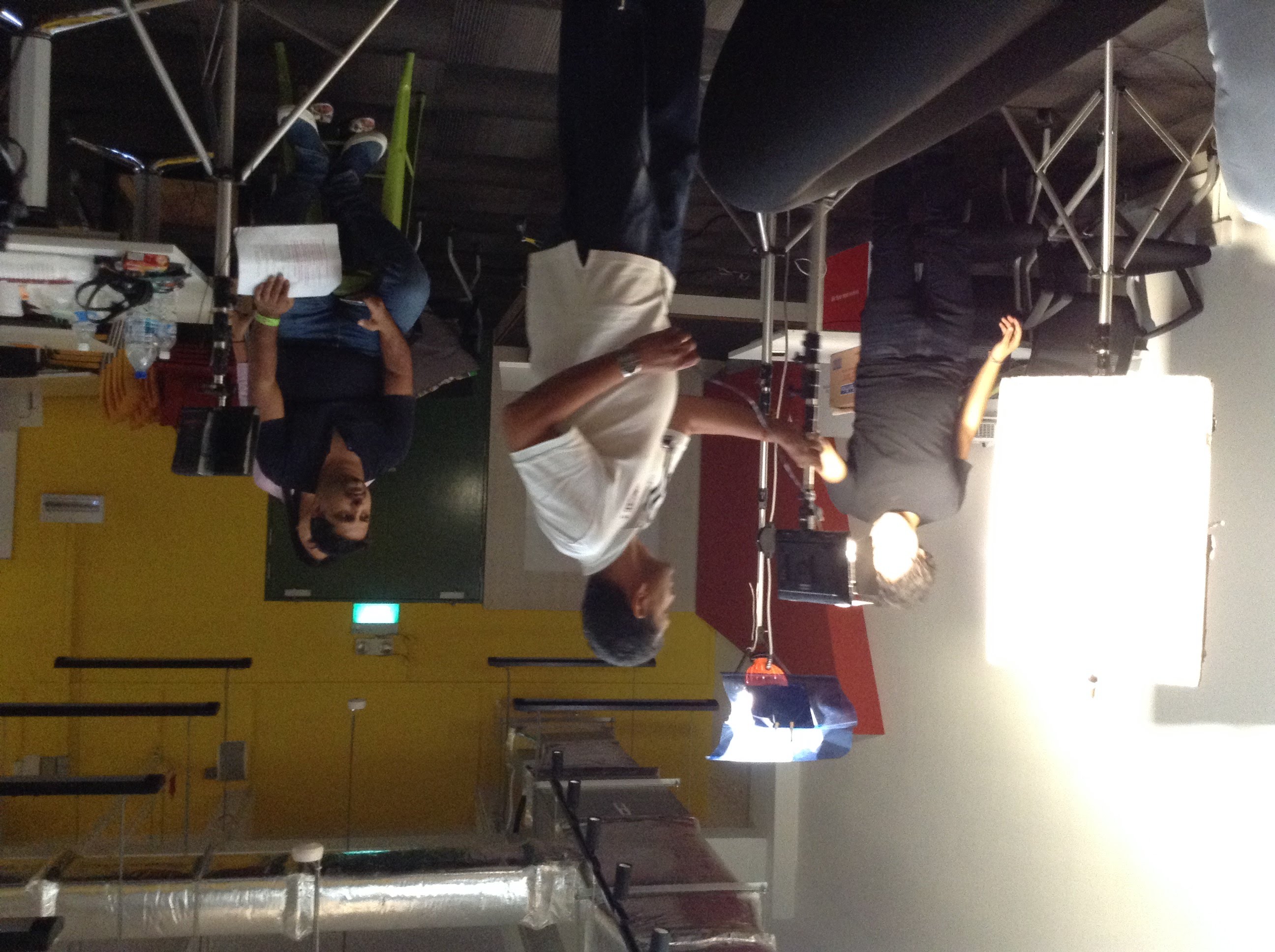 “It took us three years to make these films, an average of one film a year. Last year, when we were stuck due to the pandemic, we got the editing of the last film done,” Zafar told Connected to India.Photo courtesy: Filmwallas

In 'The Corporate Wolf', an adaptation from the prize-winning Singapore Crimes Stories, David (Anthony Morse), a proud member of the elite society of Singapore, decides to adopt drastic measures to revamp his late father’s cosmetics company.

'More Chai Please' is about a young Muslim couple in Singapore who are about to get married and the would-be groom Salaar’s (Charan Singh) obsession with a tea recipe for his new café in Singapore. His search takes him all the way to Lucknow and takes a toll on his relationship with his fiancee Inayaa (Neha Zest).

'Sirf Main' (Only Me) is the story of Aarti (Renita S Kapoor), a middle-aged Indian woman living in Singapore, who discovers that her wealthy businessman husband Sanjeev (Neeraj Sujanani) has been having an affair. Her friend from her college days in India, Viren (Shishir Sharma), helps her make the right choice about what to do.

Zafar spent almost two decades in the media sector with the Encyclopedia Britannica, Fairfax Business Media and MediaCorp, and then went on to found his own media companies, Kitaab and Filmwallas.

“It has been a learning journey. I have been trying to actively learn filmmaking since 2010, learning how to write scripts, produce and edit films through various workshops,” he says. “Now that this film is out, it seems that I have now hit a milestone and I feel that now I am ready to make my first proper feature film.” 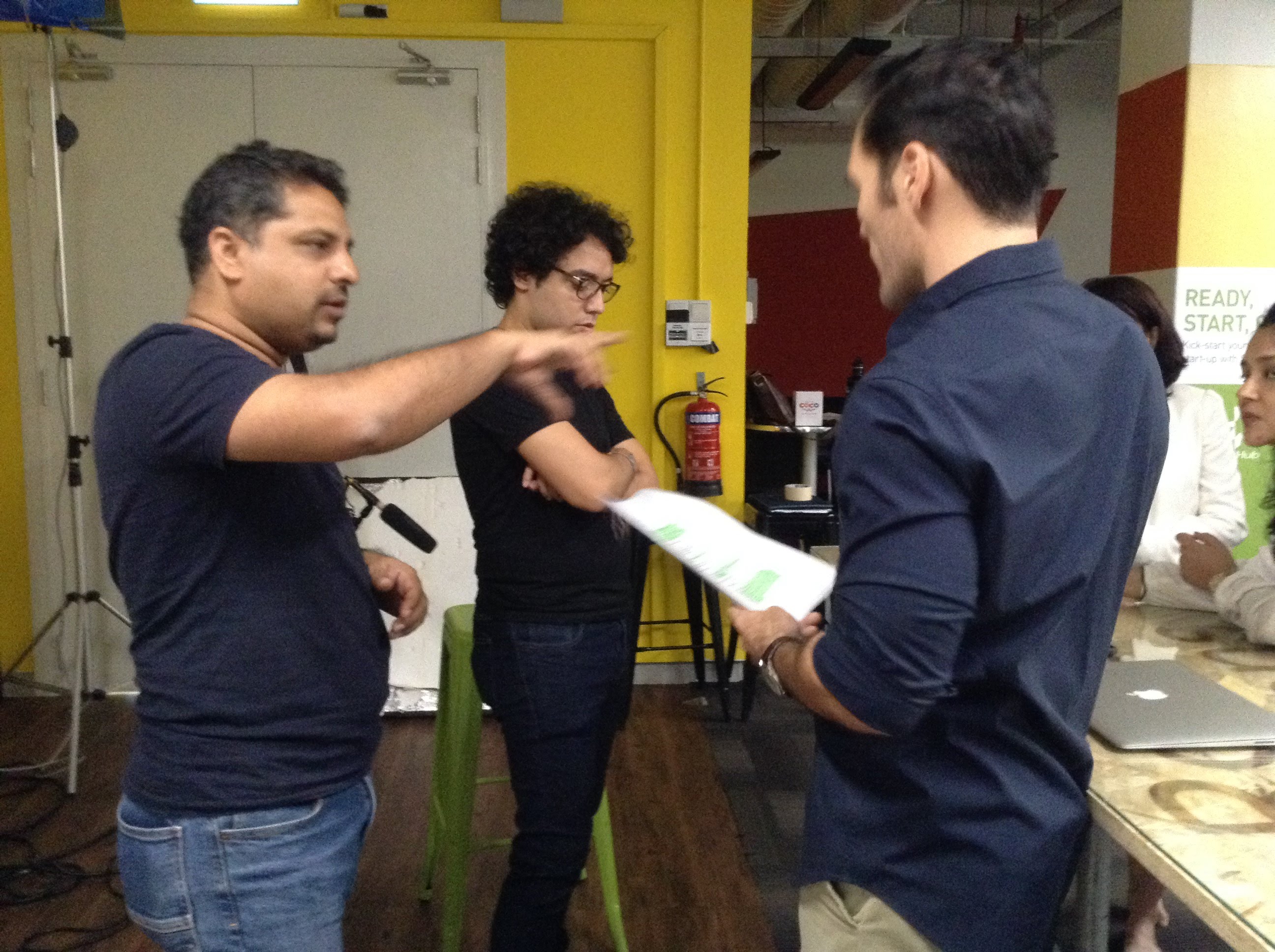 A lot of friends helped in the process. It's really a team effort, says Zafar. Photo courtesy: Filmwallas

So what’s next for Zafar? He says it would be nice to follow Singapore Vignettes with an adaptation of his collection of stories ‘The Singapore Decalogue’.

“I want to make feature films and content for streaming platforms. I have already made a few proposals to a talent agency in Mumbai and let's see how it goes. On the top of my list is 'The Singapore Decalogue'. I am also trying to produce a horror/revenge drama on child sex trafficking set in Indonesia and Singapore, written by one of my Singaporean scriptwriter friends,” he said, signing off.