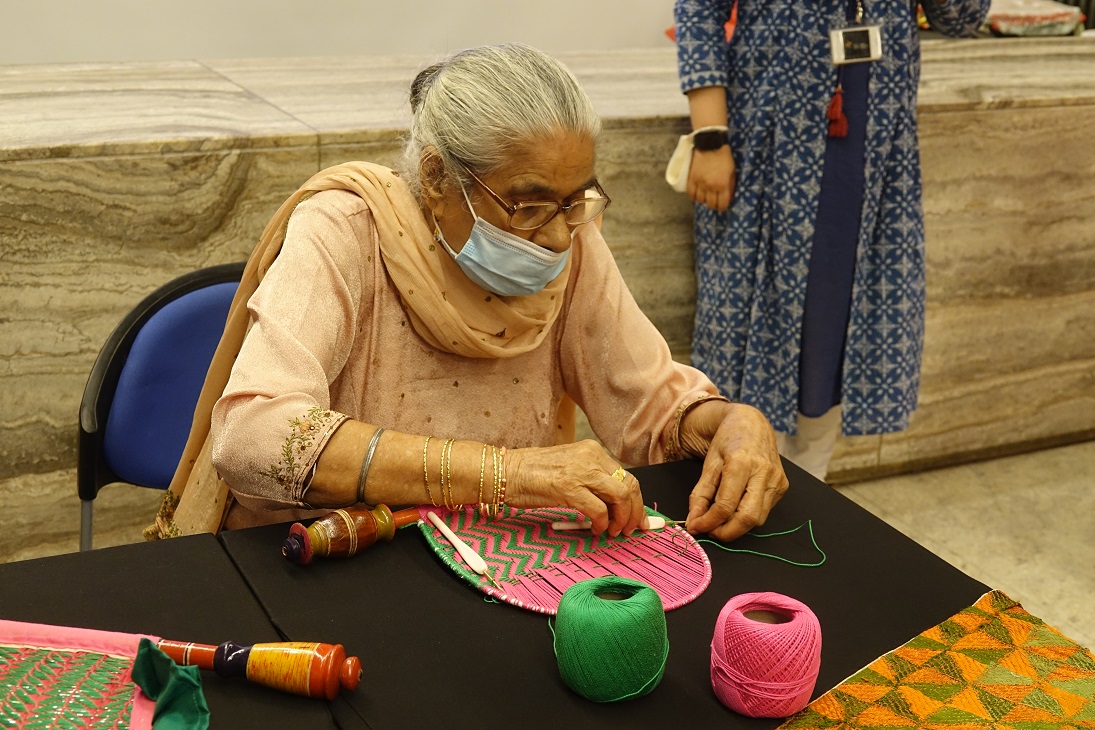 Sikhs in Singapore – A Story Untold is a unique initiative by the Indian Heritage Centre to showcase the heritage and culture of the Sikh community in Singapore. The exhibition will offer insights into this small but prominent Singapore Indian community, from their history and culture, to their evolution and place in modern Singapore.

The different aspects of their identity will be shared through artefacts, photographs, and the stories as well as via voices of the community. The exhibition will also offer glimpses of the community’s root culture and events that led to their diasporic movement to Southeast Asia.

The exhibition kicked off with a special event on March 18, featuring two cultural groups - the Singapore Khalsa Association and Sunehri Saheliyan - who highlighted folk music and various traditional crafts respectively. 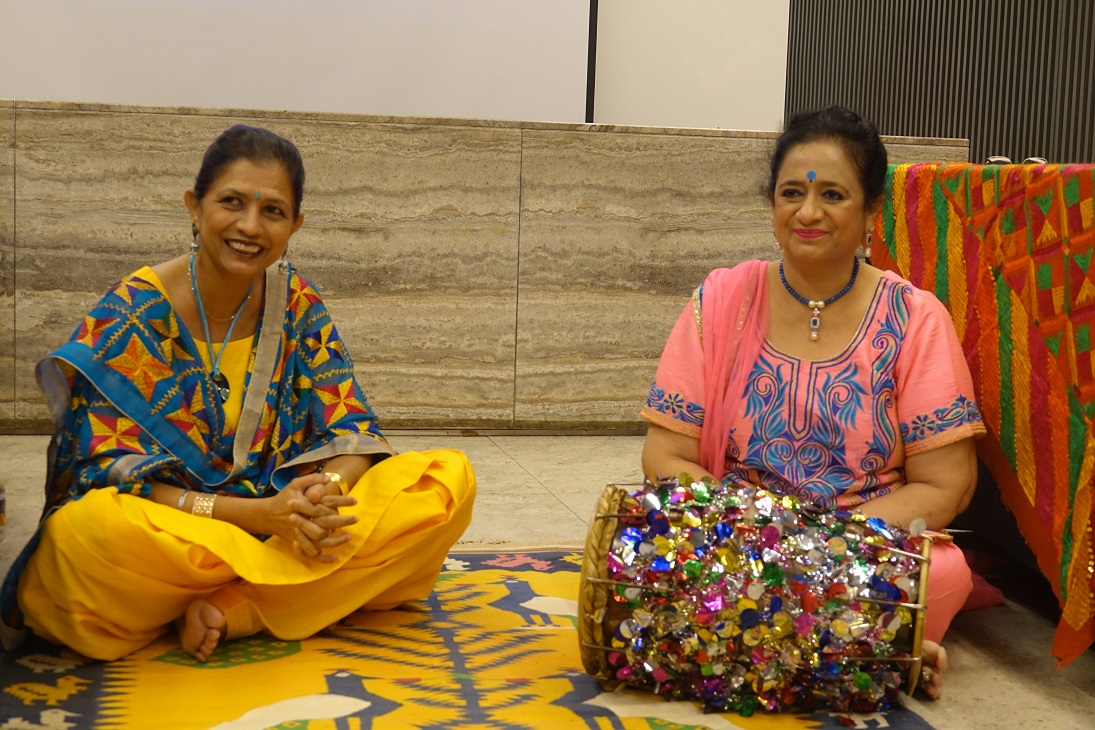 The Sikh community has a large repertoire of traditional songs that are sung for various  occasions. Known as loke geet or folk songs, many of these songs are sung by women in the  community to celebrate events such as festivals and rites of passage, or even to accompany  games and frolics, or to educate children or put them to sleep.

The songs are accompanied by the music of traditional instruments such as the harmonium and dholki, which are also played by women, and may include impromptu dancing and group participation. In Singapore, the women of the community have been transmitting this rich tradition to subsequent generations orally, without the lyrics or music being penned on to paper.

Sunehri Saheliyan (translated as Golden Girlfriends) is one of two eldercare programmes run by the Sikh Welfare Council (SIWEC), specifically for senior women in the Sikh community. They organise activities to promote healthy ageing in seniors, such as outings, talks and workshops.

One of the initiatives undertaken by Sunehri Saheliyan is to have the senior ladies conduct workshops on traditional crafts of the Sikh and Punjabi community.

Amongst the traditional crafts that Sikh women in Singapore commonly practice is making Manja (bed), Manji (cot) and Pirri (stool). Manja or Manji are cots used for sitting or sleeping. Manja is bigger in size and manji is smaller  in size. They are made of a rope lattice woven around a wooden frame, and usually draped over with a rug for sleeping. 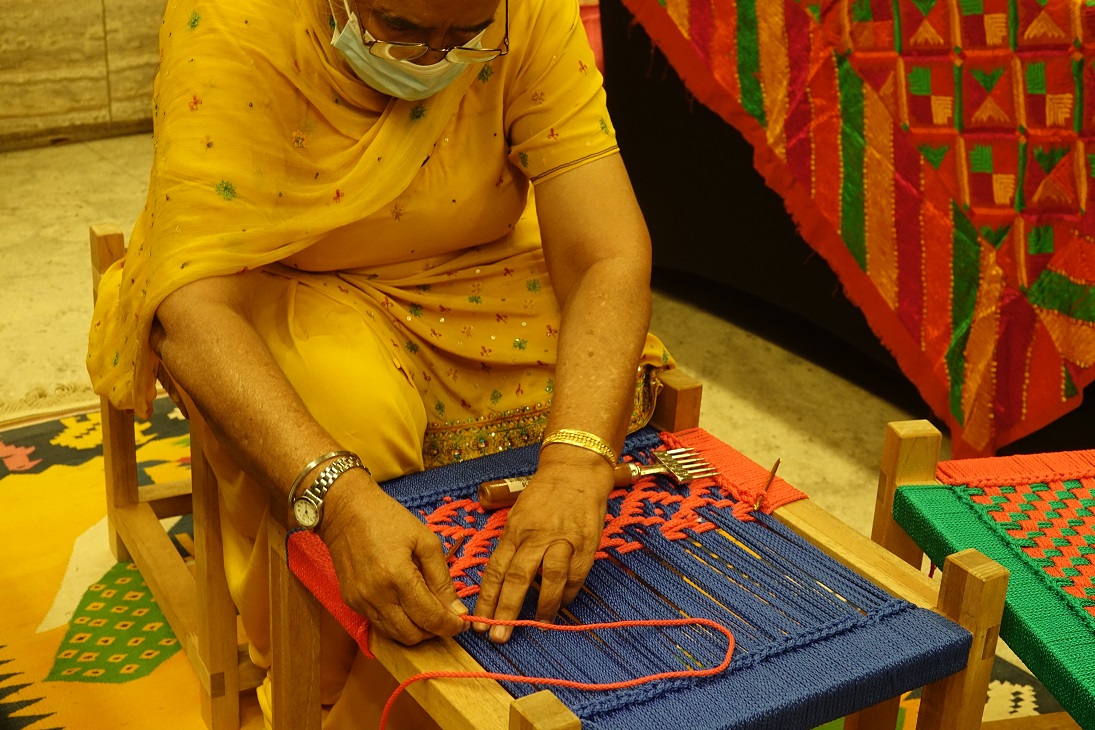 The weaving of the rope to create the manja – often in colourful, geometric patterns – became a craft that was passed down through generations. While they are a common piece of household furniture, the manji also finds a place in the gurdwara. It is the cot upon which the Guru Granth Sahib (the holy book of the Sikh faith) is placed, when it is placed in the prayer hall for worshippers to view and read.

Pirris are the  smaller version of this type of furniture, and take the form of small, square stools which are used for sitting.

Traditionally rope, jute or woven cotton strips called newar were used to weave the manja.  Nowadays, the wood has been replaced by metal frames and the jute or cotton rope has been  replaced by plastic rope. While in Punjab the frames would be built by carpenters, and the  weaving done by specialist weavers, many women mastered the art of weaving manja themselves, without outside help.

Another craft form is Nalal Nalle. Nalle are hand-woven drawstrings used to tighten the waists of traditional pants or lower garments worn by Punjabis, including salwars, lehengas, and churidars, and kachhe. Nalle are traditionally part of a bride’s wedding trousseau and would be gifted to her by her relatives. 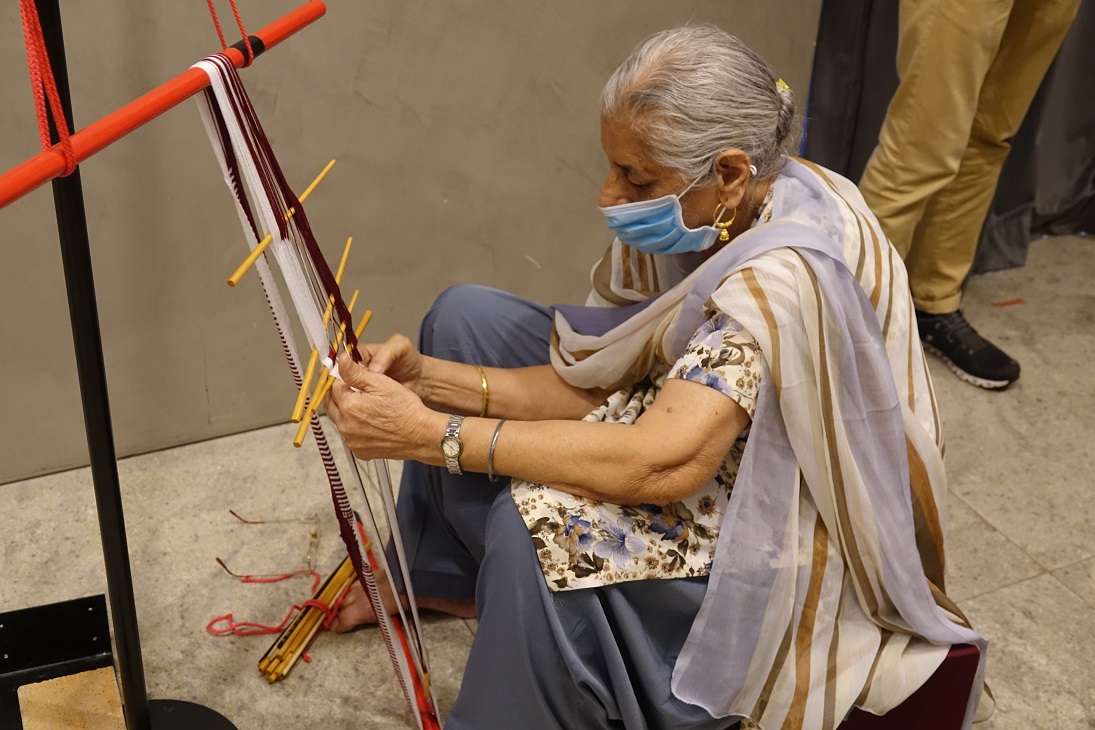 There were also songs that surrounded the ritual of weaving nalle, weaving tools were also provided by the girl’s parents as part of her dowry. Over time, the traditional handwoven nalla has been replaced by readymade nalle available in the market.

The process of weaving nalle includes draping silk, cotton or wool across an adda, an  elementary loom consisting of a wooden frame, and tangling the wool in a number of kaanas,  or reeds. Nalle were usually woven with leftover wool and pieces of cloth and threads,  minimising waste around the household.

Another popular craft activity for the women of the community is making Pakkhis. Pakkhi can be literally translated from Punjabi as “little wind”, and is an embroidered hand fan. It was generally made by Punjabi women in the house and was used as a means of keeping cool in the olden days when there was no electricity, or when access to power was unstable. 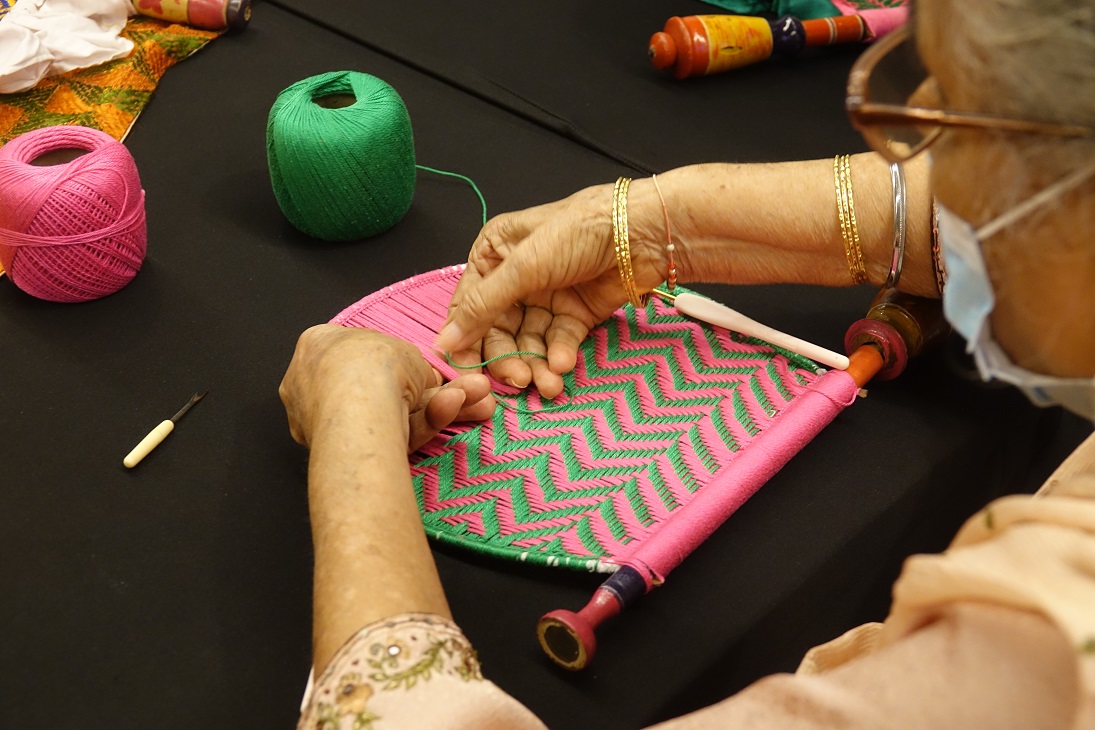 In Singapore, young Punjabi girls were taught how to make pakkhis by older women of the  household. They were often given as gifts to new brides and were even used to fan them during the wedding ceremony.

The frame for the pakkhi, consists of a wooden rod that is attached to a “C shaped” wire frame. The wooden rod acts as a handle for the fan and is usually decorated with colourful paint. A cloth is tightly wrapped across the wooden frame and wire and is embroidered upon with embroidery thread.

Sikhs in Singapore – A Story Untold is IHC’s second community co-created exhibition and will run from March 27 to September 30, 2021.