Britain's richest Asians have increased their collective wealth by a record 14 billion pounds in one year, according to a survey. The Asian Rich List – which gives the estimated wealth of the country’s richest 101 Asians – has revealed that they are collectively worth a staggering 69.9 billion pounds, compared to 55 billion pounds last year. 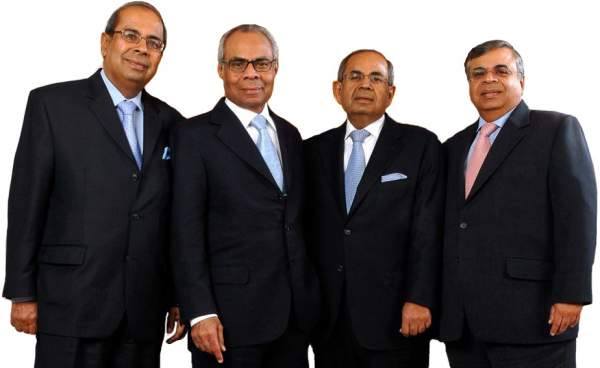 The Hinduja brothers were number one on the Asian Rich list for the second year in a row. Photo courtesy: Facebook

The Hindujas have retained their position as the richest Asians in the UK in 2017 with an estimated wealth of 19 billion pounds (INR1.6 lakh crore), an increase of 2.5 billion pounds over last year. Sadiq Khan, the mayor of London, as chief guest addressed hundreds of tycoons, corporate CEOs, politicians and other dignitaries at the event, which had a total audience of more than 800.

Khan said: “London is home to one of the largest, and most diverse South Asian communities in the world, which contributes a huge amount to our city’s success – socially, culturally and economically. Nowhere is that clearer than in the business community.”

According to the Easterneye Asian Rich List 2017, an annual ranking of the richest Asians in the UK announced at the 17 Annual Asian business Awards 2017, the Hindujas beat out ArcelorMittal chairman and steel magnate Lakshmi Narain Mittal for the second year in a row. Mittal was listed in second place with an estimated fortune of 12.6 billion pounds.

Prakash Lohia, Chairman of the Indorama Corporation (Petrochemicals) is the 3rd richest in the list.

The Hindujas own household brand names such as Gulf Oil, Ashok Leyland and IndusInd, were among the earliest purchasers of an apartment in Trump Towers in New York, not long after its completion in 1983.
Asians have contributed billions of pounds to the British economy. The Asian Business Awards are now in their 20th year.