A US-based Indian diaspora organisation found that more than 200 Indian origin persons occupy leadership positions in as many as 15 countries including the United States and United Kingdom. Of these, 60 hold Cabinet ranks. 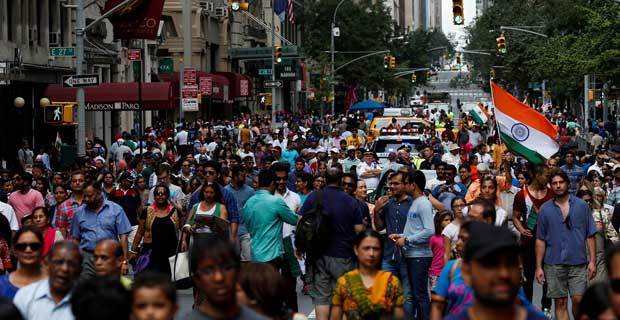 With more than 32 million people of Indian origin or (PIOs) globally, according to India’s Ministry of External Affairs, Indians are the largest diaspora population in the world. Photo courtesy: Twitter/@Indiantourism

Indiaspora Founder MR Rangaswami, a Silicon Valley-based entrepreneur and investor said these leaders are building a legacy for future generations, and one that extends beyond our community to all of the constituents and communities that they serve.

With more than 32 million people of Indian origin or (PIOs) globally, according to India's Ministry of External Affairs, Indians are the largest diaspora population in the world.

"It is inspiring to see the number of Indian diaspora who are entering the public arena," said Indiaspora Board Member Arun Kumar, Chairman and CEO at KPMG India, who served as Assistant Secretary of Commerce in the Obama administration. "Having had the opportunity to serve, I can speak to what a memorable and fulfilling experience it was. Above all, it was a meaningful way to give back. My hope is that this cohort of leaders will set an example for even more of the Indian diaspora to aspire to public service.”

The officials on the 2021 Indiaspora Government Leaders List collectively represent more than 587 million constituents, and their countries account for an estimated USD 28 trillion in GDP, demonstrating the impact that these leaders are having globally, Indiaspora stated.