On two consecutive days movies have released that have been about women and are a must-watch.  Tribhanga which talks about several generations of women - on Netflix and The Great Indian Kitchen which answers the oft-asked question 'What do housewives do all day' - on NeeStream; an OTT platform that I had never heard of before.

A Malayalam movie, The Great Indian Kitchen could have been in any language, set in any state in India and it would still be relatable to the audience there and to diaspora worldwide.

Across the length and breadth of India, entering the kitchen and managing it on a daily basis from preparation, cooking, serving and cleaning, is a routine tasked to a particular gender - women.

Rare is it to see a man shouldering kitchen responsibilities and rarer still is the idea of a man noticing in detail the cumbersome, repetitive and at times disgusting chores and capturing it, warts and all, on camera. 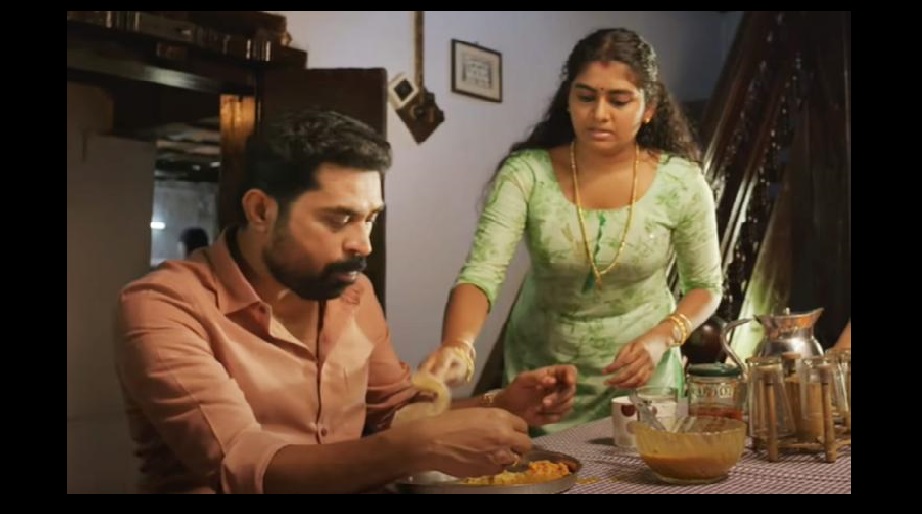 Jeo Baby has done it! That too on a shoestring budget and produced by a group of like-minded friends.

Men who don’t share kitchen responsibilities have no right to speak of gender equality and equal rights, says the path-breaking director to wild applause from the womenfolk on social media.

We have seen zillions of scenes of matriarchs and women young and old slogging in the kitchen in glorified scenarios of constant domestic bliss.

Not just in black and white and coloured movies but also in full regalia in HD TV serials of recent times.

The Great Indian Kitchen feels like a virgin look at that kitchen because for a change it is not glorified the drudgery. Photo Courtesy: Screengrab/NeeStream

Still the Great Indian Kitchen feels like a virgin look at that kitchen because for a change it is not glorified but shown for what it is - a relentless slogging drudgery that needs to be done.

Sans names for characters, sans background music, sans the backing of big-name producers or distributors; yet reaching out into the hearts and minds of millions of people.  That is what this movie has done.

After watching the movie, these viewers have then continued to ruminate, discuss, write, critique and pursue a never-ending post mortem of this amazing addition into the body of filmdom.

OTT platforms put movies within easy reach of a wide audience that may not go to the theatres, especially in these pandemic times.

So I am glad that The Great Indian Kitchen is on OTT. Had it been on Netflix or Amazon Prime, would it have reached a wider pan-Indian audience? We will never know.

Their loss has been NeeStream’s gain as this one movie has garnered the global Malayalam streaming media platform unimaginable attention and subscription.

Almost but not quite a documentary, the story is about a woman who after marriage struggles to happily play the role her husband and his family expect her to, with a growing reluctance which slowly turns to horror.

It follows her journey in a household where her father-in-law and husband impose their will and try to condition her to toe the line, remarkably without raising their hands or even their voices.

The father in law uses a smartphone, yet gently and firmly prohibits the use of mixers, grinders, washing machines and even pressure cookers by the womenfolk who haplessly agree. 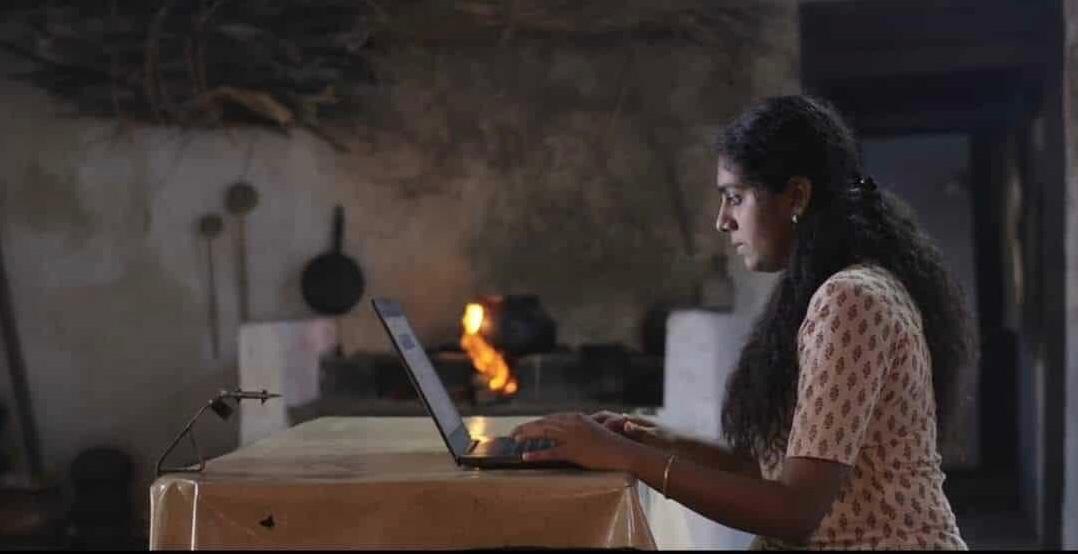 Malayalam movie, The Great Indian Kitchen could have been in any language, set in any state in India and it would still be relatable to the audience there and to diaspora worldwide. Screengrab/NeeStream

The director has dipped a toe into the widely discussed topic of taboos observed during menstruation and the entry of women into Sabarimala without actually taking a plunge into the matter.

Despite many armchair critics calling him out for unnecessarily touching upon this sensitive topic, it does flow naturally into the Great Indian Kitchen story as the kitchen changes hands from one woman to another during these ‘impure’ days in many households.

Usually, it is the OTT platforms that make a movie reach the audience, but in the case of The Great Indian Kitchen, it is the movie that has brought an obscure OTT platform into the limelight overnight despite NeeStream facing some teething problems.

Catch The Great Indian Kitchen on NeeStream for just 3SGD for a month’s subscription.