United States President Donald Trump has made history after becoming the nation's only head of state to be impeached twice after the House of Representatives secured enough votes to charge him. 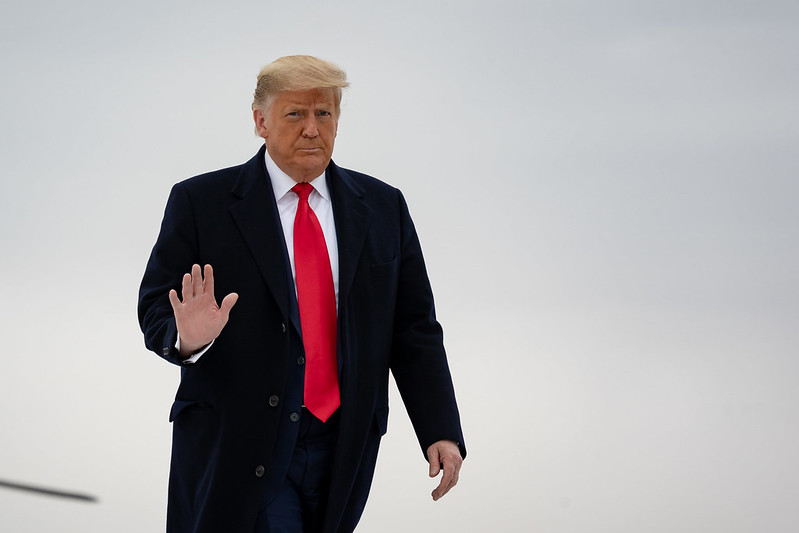 In a recorded statement from the White House after the impeachment vote, Trump said, "there is never a justification for violence". Photo courtesy: Flickr

A total of 10 Republicans voted against their party and Trump, with the final result being 232 votes to impeach, and 197 against. Trump has been charged with inciting an insurrection following the storming of the US Capitol on January 6 that left five dead, including a Washington DC police officer.

Trump himself also released a statement saying that he wanted to see a peaceful transition and inauguration for Joe Biden, the president-elect.

In a recorded statement from the White House after the impeachment vote, Trump said, "there is never a justification for violence".

"If you do any of these things, you are not supporting our movement," he said, as he pledged that those involved in the riots would be "brought to justice".

Senate majority leader Mitch McConnell has suggested that the trial in the upper house could begin as early as January 19, which is just one day before Trump is replaced as president by Biden. The president being convicted by the Senate would normally mean their immediate removal from office, but the trial could stretch into the first days or months of Biden’s presidency.