A former deputy leader of the Ulster Unionist party and member of the House of Lords has drawn widespread criticism after referring to the US vice-president-elect as “the Indian” in a tweet. 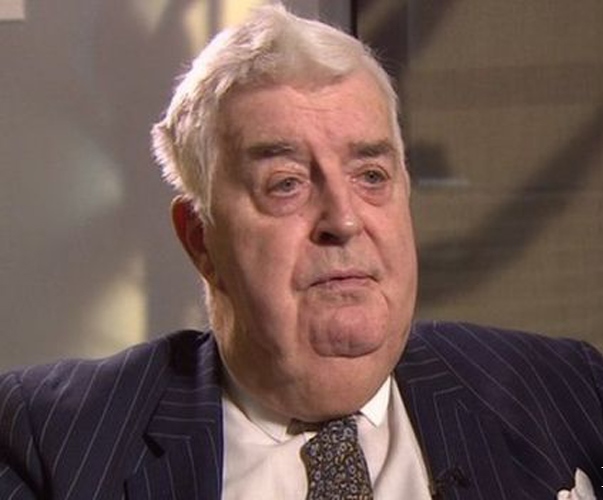 In 2018, Kilclooney was the subject of complaints after described Ireland’s then taoiseach, Leo Varadkar, a “typical Indian”. Photo courtesy: Twitter/@molloy1916

The Speaker of the Lords, Norman Fowler, was among those to demand Baron Kilclooney retract his remarks about Kamala Harris, who is the first black and Asian-American person to be elected to the role.

The 82-year-old peer was widely criticised after tweeting: “What happens if Biden moves on and the Indian becomes President. Who then becomes Vice President?”

“Lord Kilclooney should retract and apologise,” said Fowler. “This is an offensive way to refer to anyone, let alone a woman who has just made history. The comment is entirely unacceptable and has no place in British politics. I could not be clearer.”

Lord Kilclooney should retract and apologise. This is an offensive way to refer to anyone, let alone a woman who has just made history. The comment is entirely unacceptable and has no place in British politics. I could not be clearer.

Labour’s Lords leader, Angela Smith, said she would be making an official complaint. “I am so angry about this comment. It is despicable and beneath contempt and totally unacceptable from anyone – but especially from someone in parliament.”

Harris made history as the first female, first black and first Asian-American US vice-president-elect.

MPs and public figures condemned the tweet as racist. The shadow justice secretary, David Lammy, said, “She is called Kamala Harris. Please send this awful comment straight back to the dark ages.”

The Alliance party MP for North Down, Stephen Farry, said the tweet was “disgusting and racist”.

Labour shadow minister Wes Streeting said “action must be taken” over the tweet and added, “This sort of racism would be unacceptable from anyone, but from a member of the House of Lords it beggars belief.”

When challenged, Lord Kilclooney, who sits as a crossbench peer, claimed he had not “known her name yet” and denied it was racist.

I understand from the media that Speaker Fowler has criticised my tweet about the USA Presidency without having the courtesy of speaking to me beforehand. He is misinformed but I am not surprised!

“Whilst Biden is proud to be Irish and Harris is rightly proud of her Indian background I certainly withdraw my reference to her as an Indian as it seems to have upset some people,” he tweeted. “I did not know her name and identified her with the term Indian. Most people understood. Racist NO.”

In 2018, Kilclooney was the subject of complaints after described Ireland’s then taoiseach, Leo Varadkar, a “typical Indian”, which he later said was a mistake.