Democrat candidate Joe Biden will become the 46th President of the United States, according to multiple projections, after a come-from-behind victory in Pennsylvania put him over the 270 electoral votes needed to win. 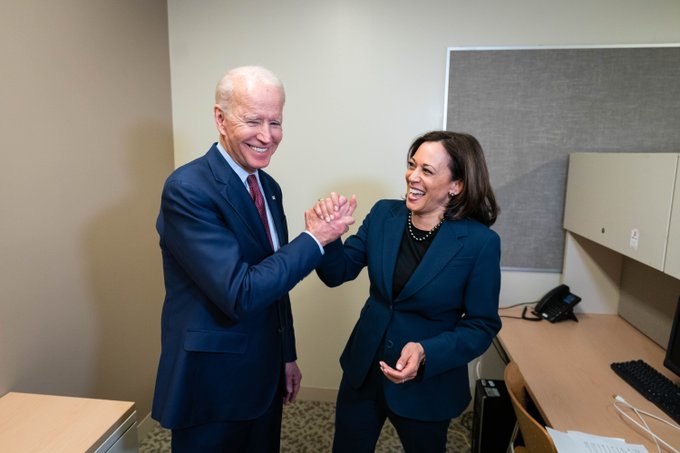 President-elect Joe Biden issued a statement, saying he is “honoured and humbled by the trust the American people have placed” in him and Vice President-elect Kamala Harris. Photo courtesy: Twitter/@JoeBiden

Kamala Harris also solidified her place in history on Saturday by becoming the first woman, the first Black American and first South Asian American elected vice president in US history.

President-elect Joe Biden issued a statement, saying he is “honoured and humbled by the trust the American people have placed” in him and Vice President-elect Kamala Harris.

“With the campaign over, it’s time to put the anger and the harsh rhetoric behind us and come together as a nation," the statement added. Biden is also set to address the nation early tomorrow.

Outgoing US President Donald Trump said in a statement from his campaign that Biden is “rushing to falsely pose as the winner,” and called the race “far from over”.

“Beginning Monday, our campaign will start prosecuting our case in court to ensure election laws are fully upheld and the rightful winner is seated. I will not rest until the American People have the honest vote count they deserve and that Democracy demands," Trump said in the statement.

Harris’ political career has included many barrier-breaking moments, such as serving as California's first Black female attorney general and being the second Black woman in history to be elected to the US Senate.