AAM Aadmi Party (AAP) MP Bhagwant Mann allegedly faced a protest at a public meeting in Melbourne, Australia, on Tuesday when an NRI, Pappa Sarpanch, asked him to explain why he allegedly visited a religious place under the influence of alcohol.

The NRI, a reported supporter of Shiromani Akali Dal leader Parkash Singh Badal, claimed he stormed the stage and hit Mann with his shoe twice before he was overpowered. AAP, on the other hand, denied that any such incident took place. 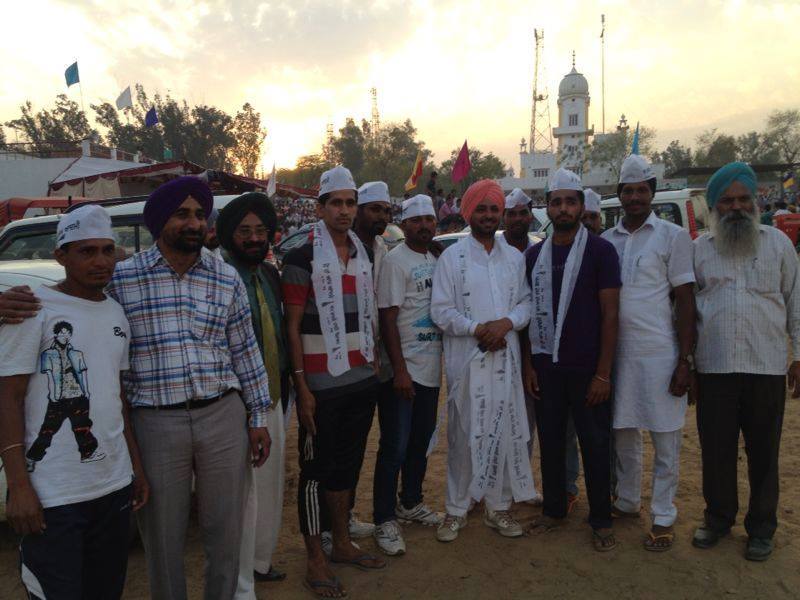 Mann, who is in Australia for a ‘thanksgiving tour’ before the election results are announced on March 11, was addressing a meeting of NRIs at Ajooba restaurant in Melbourne when the incident allegedly occurred. The only evidence is a hidden video shot by the attacker Sarpanch himself, in which several Mann supporters are heard questioning him why he threw a shoe.

Mann was not available for comment despite repeated attempts. Sarpanch said he was angry at Mann for his constant criticism. “He hits out at Chief Minister Parkash Singh Badal who is a noble soul. He also criticised the Indian Prime Minister Narendra Modi. That made me angry. He has taken politics to a new low. He should behave like a leader,” he said.

Despite his chequered political record, Mann was touted as the star campaigner for the AAP in the recently-held Punjab state elections, where he ran against Deputy Chief Minister Sukhbir Singh Badal from Jalalabad.
Mann had won the Parliamentary election from Sangrur in 2014 with a record margin of 2.11 lakh votes.

Apart from videos showing him in an apparently inebriated state while attending religious and public functions, Mann was suspended from attending Parliament for live-streaming the security arrangements at the Parliament House on social media.