Book Review: Sembawang - A rare peek into families living in and around the British Naval Base in Singapore.

Written by: Kamaladevi Arvindan (In Tamil)

Archaeological excavations in Kedah, Malaysia reveal Hindu relics dating back to more than 2,535 years ago.  Pre-colonial trade led to some Indians visiting and even settling in Malaysia.

It is however under British Malaya that the largest Indian migration to Malaysia happened, most of them shipped over as indentured workers recruited to work in the colonies.

Kamaladevi Arvindan’s Sembawang tells a fictional yet historical story of a set of such migrant workers from the era of colonial exploitation to their life in Malaysia and post 1960s in independent Singapore, spanning over five decades.

Sembawang speaks of and for this stratum of society and attempts to do so in their voice. Using a dialect and language peculiar to them goes a long way in reducing the dissonance between the characters and the reader. 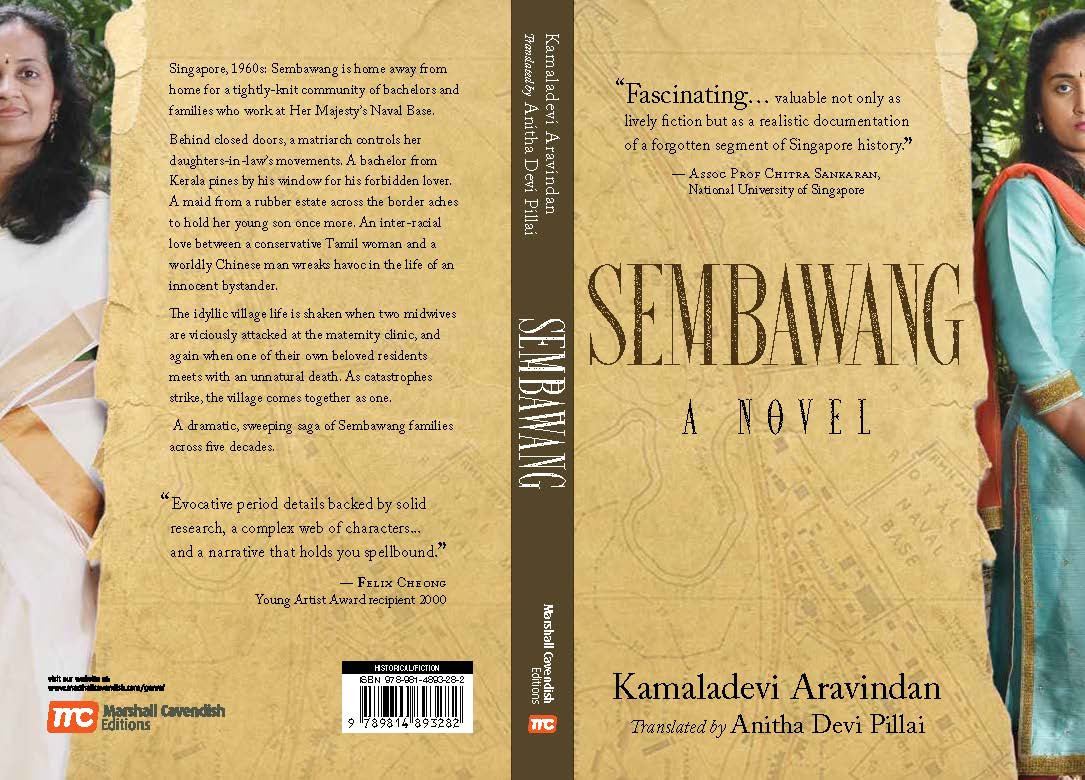 Sembawang takes you into the hearth, homes and lives of the Tamil and Malayalee families living at the British Naval Base in Singapore in the 1960’s. Book Cover Courtesy: The authors.

Singapore based Kamaladevi Aravindan is an award-winning Tamil and Malayalam writer, essayist and playwright.

Indian diaspora lives will never be bereft of drama, violence and theatrics, no matter where they are settled in the globe. However, what makes this novel racy is the author’s bold explorations of sexuality in her female characters and a subtle look down the nose at the accepted and seldom questioned institutions of marriage and arranged ones at that.

Her portrayal of an ex-offender (convicted of a sexual offence and a gang-rape at that), whom she seeks to portray with empathy should endear her to the Yellow Ribbon Project. (Dare I say this book should be on their bookshelves in both English and Tamil).

Interestingly the redeemed ex-offender when given a second chance at life inspires a ripple effect of positivity and success in the community and goes on to become a role model.

Kamaladevi Aravindan’s novel is translated into English by her daughter Dr. Anitha Devi Pillai, herself a published author with a range of works to her credit including From Kerala to Singapore about the Malayalee community in Singapore to the biography of Ambassador Kesavapany, From Estate to Embassy.

The fictional narrative in Sembawang is set in real locations and is strongly grounded on historical facts that the mother-daughter duo researched thoroughly.

To ensure she captures the nuances, some of which are in a Tamil dialect, Anitha Devi has added a comprehensive glossary.

A movie based on the novel with dialogues in the original dialect, encompassing the lingo unique to the Malaysia and Singapore based local Indians would be refreshing this author thinks.

In the aftermath of the COVID-19 pandemic, where one can't have face-to-face book launches, the authors of this book have chosen a novel way of launching this book, through a book trailer.

A couple of decades ago I had read a fictional yet historically sound novel about Bugis Street as it was when the British ruled Singapore giving a rare insight into life in those times.

Sembawang similarly, allows you a rare peek into the simple yet convoluted lives of the families who lived in and around the British Naval Base in Singapore. A tad long but a totally engrossing read.