The COVID-19 enforced lockdowns in countries around the world have led to people using their time to learn new skills, cook up a storm or even tap into talents they didn’t even know they possessed. For eight-year-old Indian-origin Milan Kumar in the United Kingdom, the lockdown presented the chance to further enhance his love of books and reading. 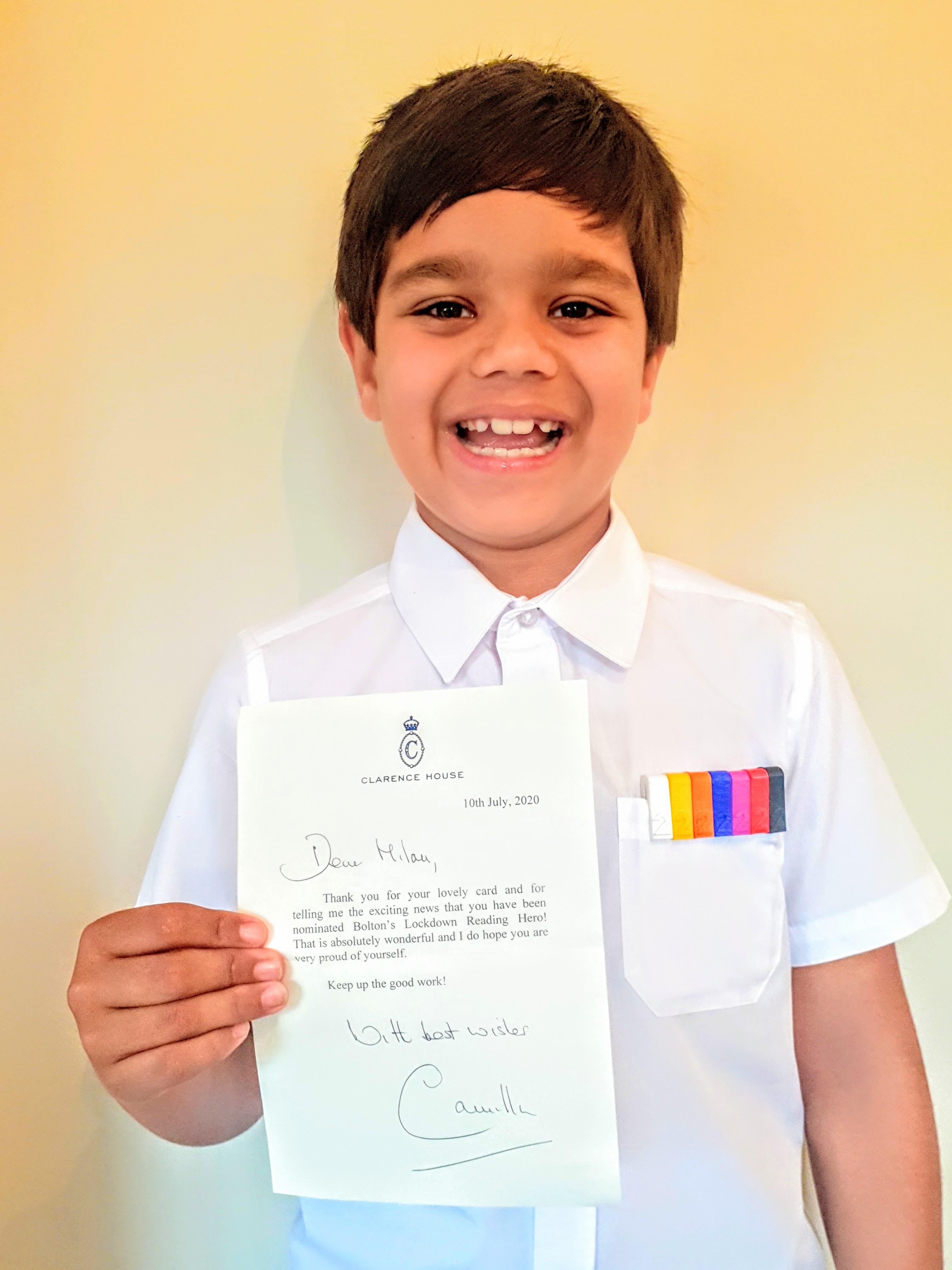 Milan with the recognition letter from HRH the Duchess of Cornwall. Photo courtesy: Daxa Kumar

The young boy earned himself a congratulatory note from none other than the Duchess of Cornwall, Camilla Parker Bowles for completing a 50-book, year-long lockdown reading challenge in just three months. The Bolton School Junior Boys' School, where Milan is enrolled, came up with the 'Blazer Black Belt Challenge' to encourage boys to read during the COVID-19 lockdown.

Milan’s mother Daxa told Connected to India that she started reading books with interesting pictures and textures to her son from when he was three months old and allowed him to enjoy looking at mirrors and pictures of faces, recognising shapes and colours.

“He would begin to make sounds, reach out and touch the pictures. He had a deep connection with books from an early age, reading books before he started school aged four,” Daxa said.

Born in the United Kingdom, Milan is of Gujarati heritage, with his grandparents having migrated to England in the 1960s from India and Kenya. Milan, in fact, has close ties with Viraval Village, a part of the Navsari Nagarpalika located in south Gujarat with fond memories of playing cricket and football in the streets with his friends when he visited. In his spare time, Milan is a member of the Bollywood Dance Group at Krishna Temple, Bolton and performs in many shows celebrating festivals.

However, his first love remains reading and the lockdown challenge set by his school was right up his alley.

The challenge had an open-ended set of criteria and awarded the students with different coloured belts depending on the number of books read, working up to a black belt to become a ‘sensei’. 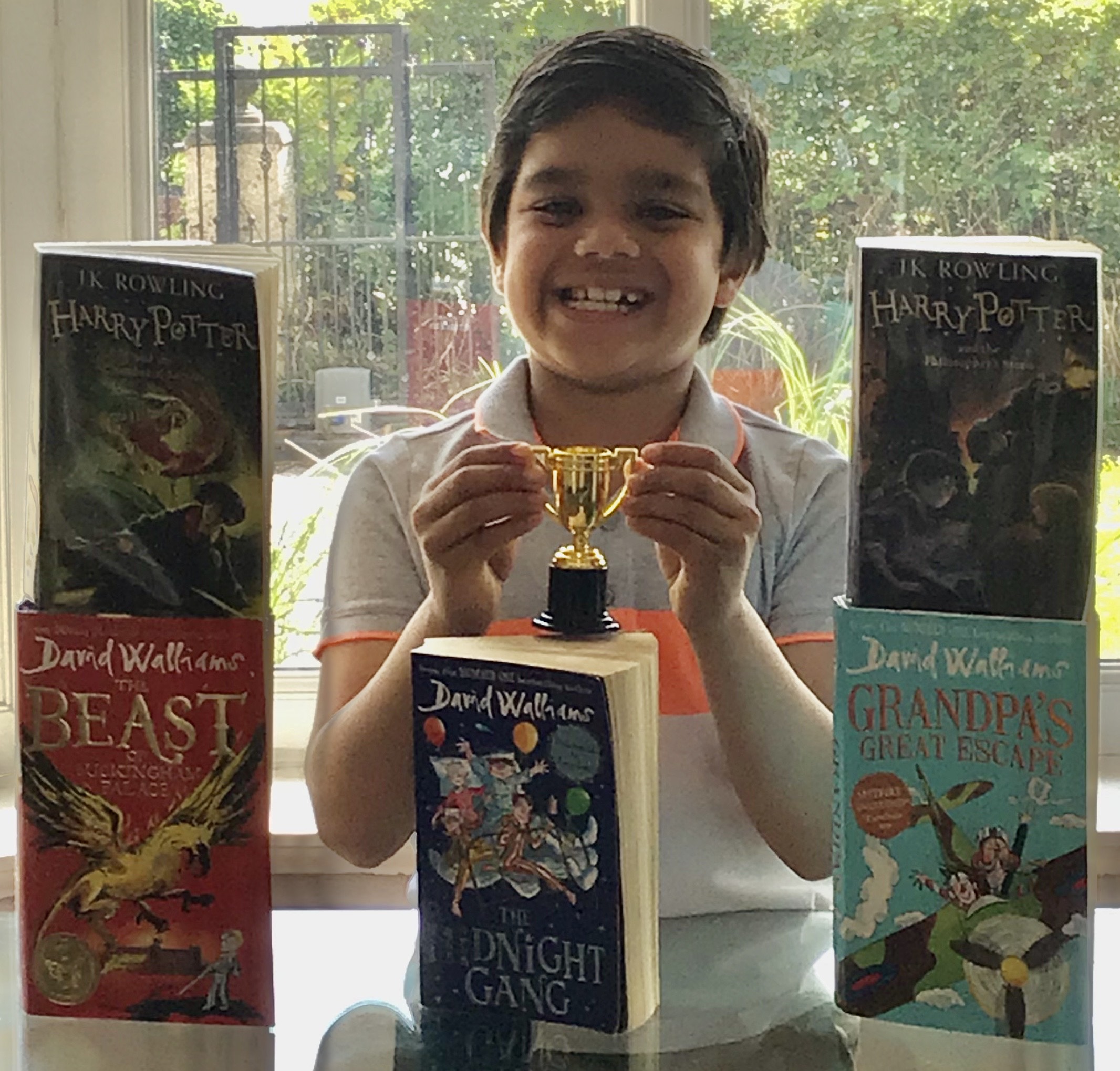 Milan achieved his goal on May 31, two weeks before he turned eight and his aunt nominated him as Bolton's lockdown reading hero. Photo courtesy: Daxa Kumar

“At the end of each belt there are three assessments based on the books they have read. He (Milan) set himself a target in March to complete the challenge before his eighth birthday on June 15 - three months to finish a 12-month list,” Daxa said, adding that the books became more challenging the further he progressed through the belts. “Mrs Hough, Milan's Year 3 Class teacher helped motivate him by awarding him coloured clips along the journey.”

"When you are a white belt you think it is impossible to achieve black belt, but I was determined and read for several hours a day," Milan told Connected to India.

Milan achieved his goal on May 31, two weeks before he turned eight and his aunt nominated him as Bolton's lockdown reading hero.

His achievement received recognition from HRH the Duchess of Cornwall, who is the Patron of the Royal Society of Literature. She appreciated Milan’s achievement and sent him a personalised letter through the post to his home in Lostock, Bolton.

Thrilled by the accolades he received, Milan had a special message for the Duchess. “If you ever visit the northwest of England, you would be more than welcome to visit Bolton School, which by the way looks just like Hogwarts! I will be in Year 4, please pop in and say Hi and perhaps Prince Charles can read a Harry Potter story to us," Milan told Connected to India. 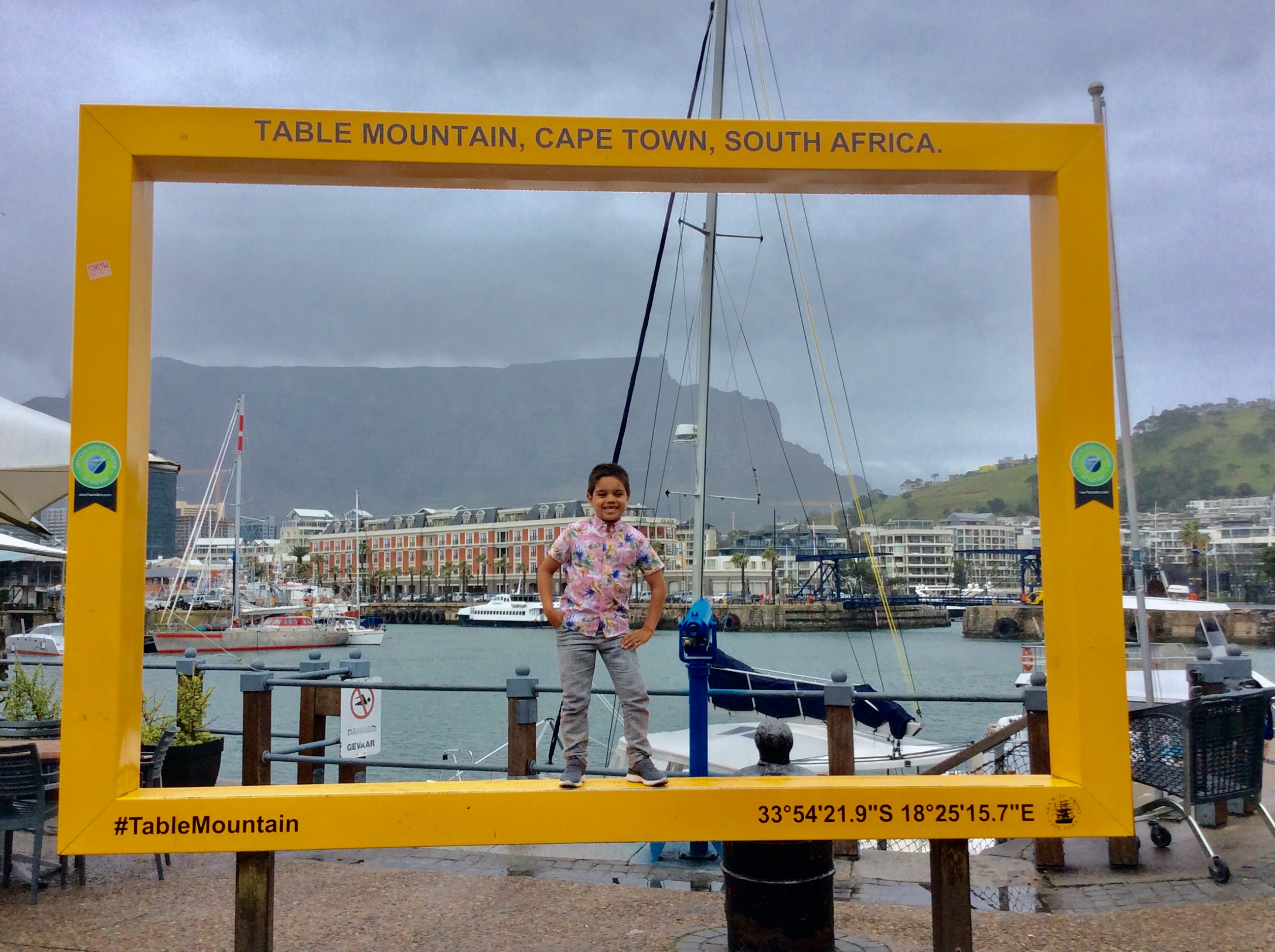 Milan, who went on a visit to South Africa with his family, read Nelson Mandela's Walk to Freedom because of the stories he heard aboud the anti-apartheid leader. Photo courtesy: Daxa Kumar

The Harry Potter book series, popular among children and adults alike across the world, is also one of Milan’s favourites. In fact, under his mother’s guidance, Milan has advanced his reading abilities from Matilda by Roald Dahl in March to reading Harry Potter in May,

"It's been an incredible mother and son journey," said Daxa.

MIlan’s favourite book among the 50 he read was Billionaire Boy by David Walliams which left him “in stitches of laughter”.

“As much as I would love to have my own Formula One racing car and track like Joe Spud, it also teaches you friendship is more important than money,” Milan said.

Nelson Mandela's Walk to Freedom, Walking on the Moon by Caryn Jenner and Not Bad for a Bad Lad by Michael Morpurgo were some of the other books he enjoyed reading. And for any difficulty he faced reading these books, his mother was at hand to help him out.

“Milan read every book aloud to me,” she said. “If there were any words he was unsure on, we would write them down in a vocabulary book and look up the definitions. For example apartheid, a word Milan had never heard of until he read the biography of Nelson Mandela.”

While for Milan, it was an enriching experience to read such an eclectic mix of books, for his mother it was not just a matter of pride but also the perfect way to spend the lockdown. 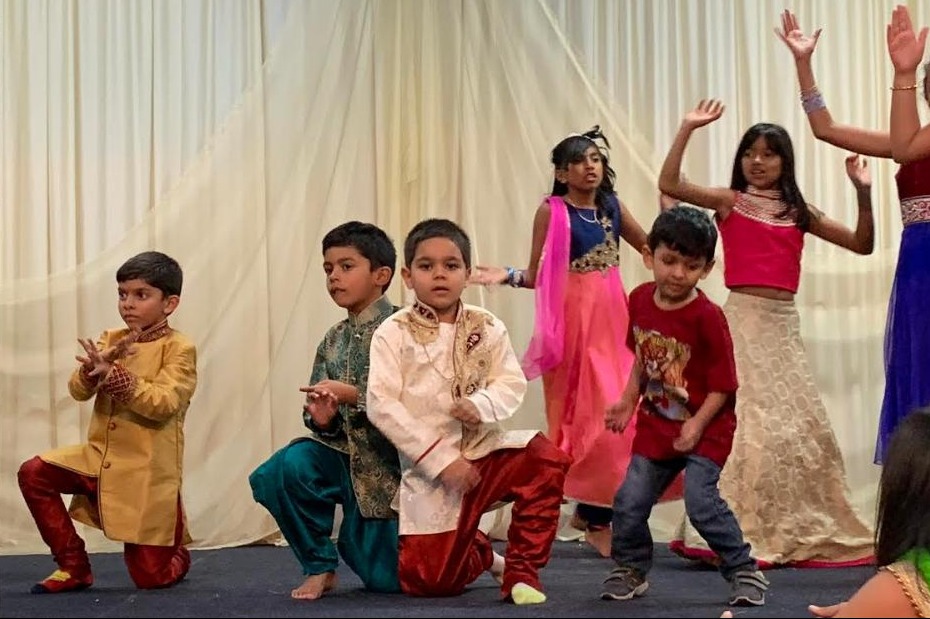 In his spare time, Milan (centre) is a member of the Bollywood Dance Group at Krishna Temple, Bolton and performs in many shows celebrating festivals. Photo courtesy: Daxa Kumar

“In the 21st century we all lead busy lives. An unexpected upside of lockdown has been the opportunity to stop and reconnect by spending more quality time with my son," she concluded.

As for Milan - he has already moved on to his next reading challenge, starting with The Costa Award Winner Book 'The Explorer' by Katherine Rundell.