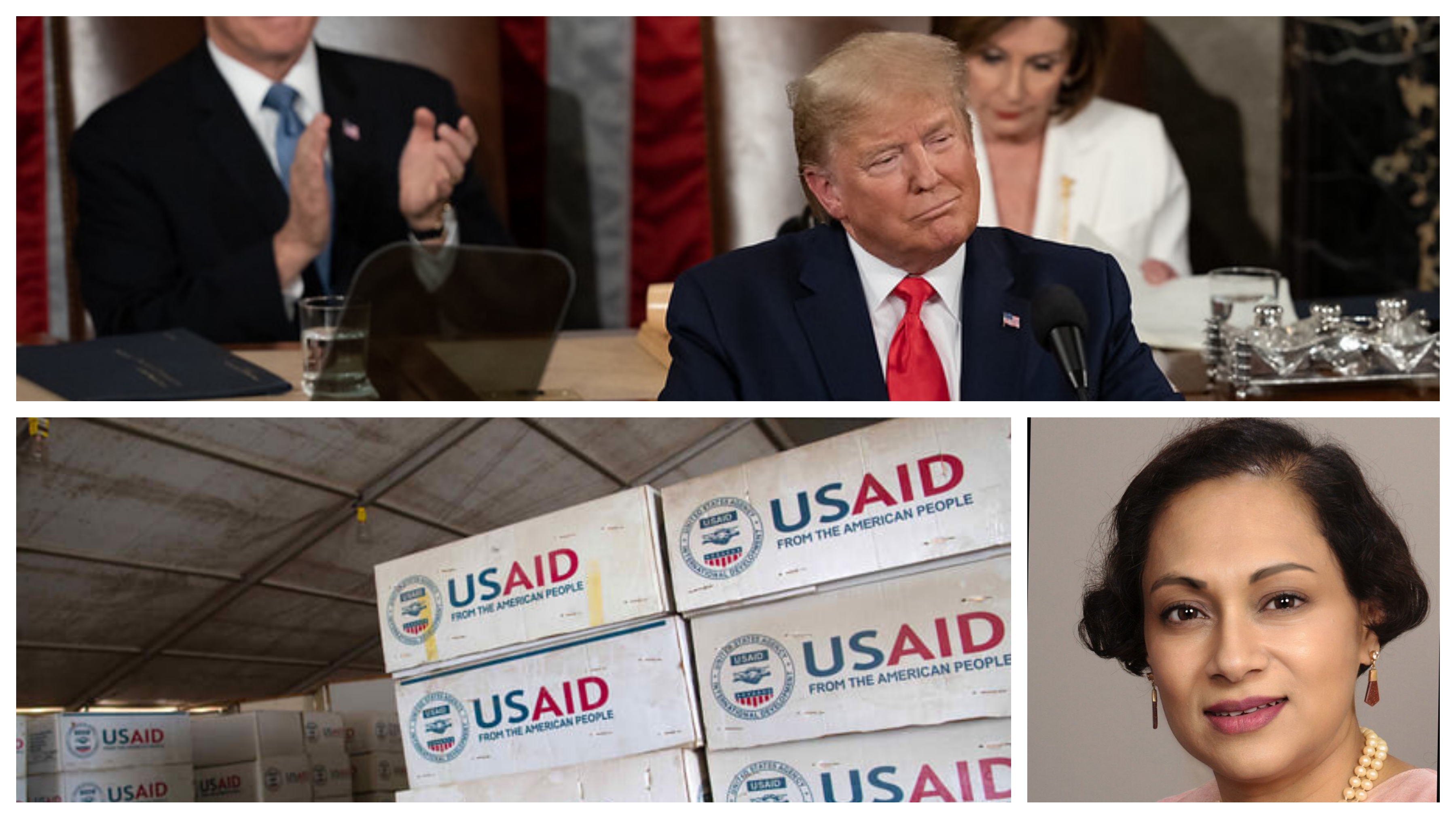 According to the White House, Stricklett (bottom right) was a foreign policy adviser on Asia to presidential campaigns as well as the founder of the Trump campaign in Maryland state for the 2016 election. Photos courtesy: White House, Linkedin, USAID

Stricklett,  who has been active in the Republican Party and with the Hindu American Coalition, will take charge as the assistant administrator in charge of USAID's Asia Bureau overseeing supervising its operations from China to the Maldives.

The White House in a statement said that she has been a lawyer in private practice for over 25 years working in areas of foreign policy and national security.

USAID is the arm of the US government that provides development assistance to developing countries. Her nomination goes to the Senate, which has to approve nominees to senior positions like hers.

According to the White House, Stricklett was a foreign policy adviser on Asia to presidential campaigns as well as the founder of the Trump campaign in Maryland state for the 2016 election. She had also campaigned for the two previous Republican Party presidential candidates, John McCain and Mitt Romney.

Stricklett has been the general counsel for American Hindu Coalition, which says it is a non-partisan organisation that says its aims is to "build a stronger America through Hindu Enlightenment Principles".

She is the author of several articles in US media advocating close relations with India and on 'Trump's outreach to Hindu Americans, both before and after his election' with a slew of important appointments in his administration.