Ten-year-old Ishwar Sharma was one of the winners in the United Kingdom edition of the 'My life My Yoga' video blog contest promoted by Indian Prime Minister Narendra Modi. 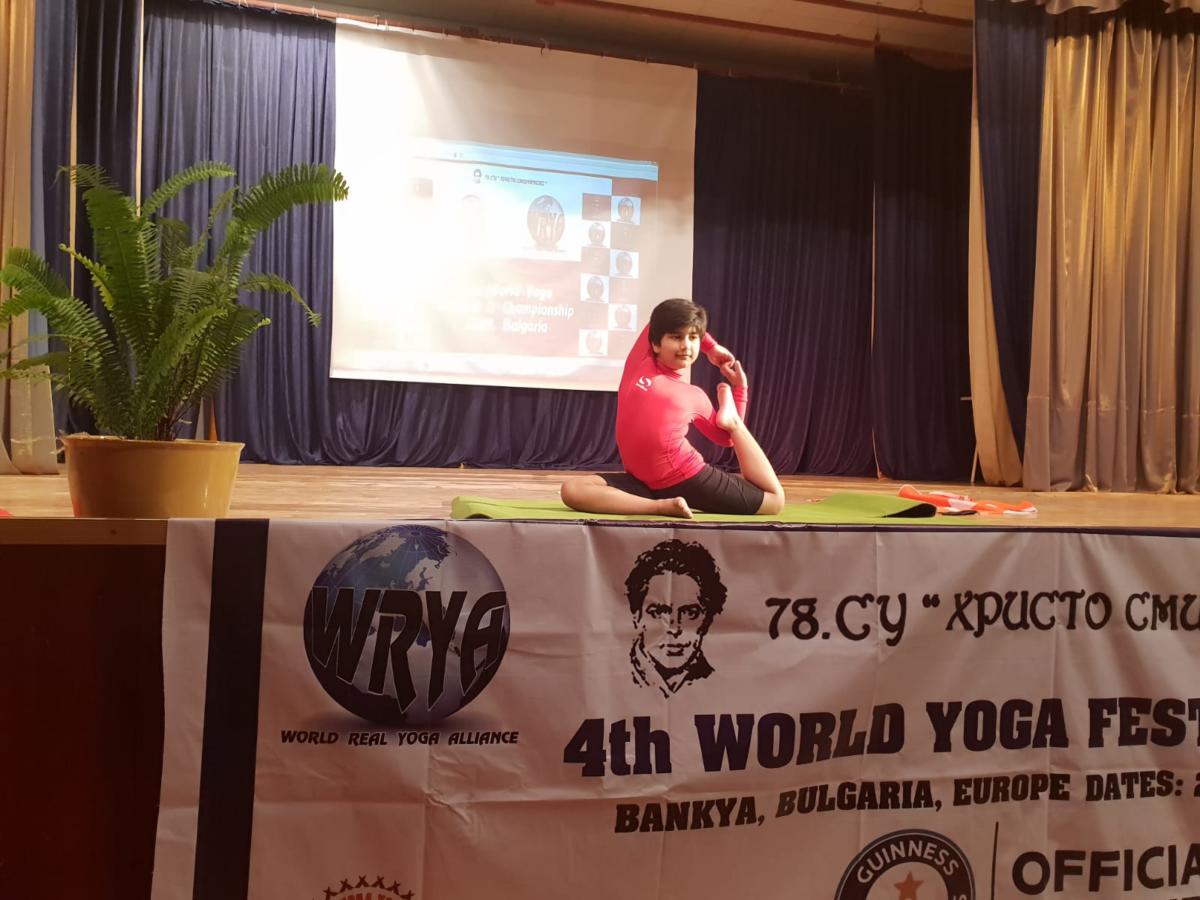 Ishwar is hailed as a Yoga prodigy and an international performer and advocate on the benefits of the art. He received the Global Child Prodigy Award 2020 for his contribution to yoga. Photo courtesy: iyogasolutions.com

The global digital platform contest was jointly organised by the Ministry of AYUSH and the Indian Council for Cultural Relations (ICCR) and launched on May 31, 2020, by PM Modi as part of the International Day of Yoga activities this year.

The contest, open to participants from across the world, was held in six categories; professional, adult (above 18 years) and youth (under 18), with male and female contestants considered separately. Ishwar, an enthusiastic yoga practitioner and three-time Under-11 UK Yoga Champion, was chosen as the winner in the under-18 boys category.

To enter, the participants were required to upload a three-minute video of three Yogic practices (kriya, asana, pranayama, bandha or mudra) on social media with the hashtag #MyLifeMyYoga, with a short video message/description on how yoga influenced their life.

The UK chapter of the ICCR announced the results on social media.

We are delighted to announce the winners ( UK chapter ) for The My Life My Yoga video blogging contest. pic.twitter.com/yBywZ447Ih

Ishwar is hailed as a Yoga prodigy and an international performer and advocate on the benefits of the art. He received the Global Child Prodigy Award 2020 for his contribution to yoga.

He won the British Indian of the Year Award in 2018 and was bestowed the British Citizen Youth Award by the British Government at the House of Lords for his contribution to yoga and spreading the message in the community.

Ishwar has participated in and won many national and international conferences and events, including the world yoga championship in Italy, World yoga festival and World games in Nepal and Canada, among others.