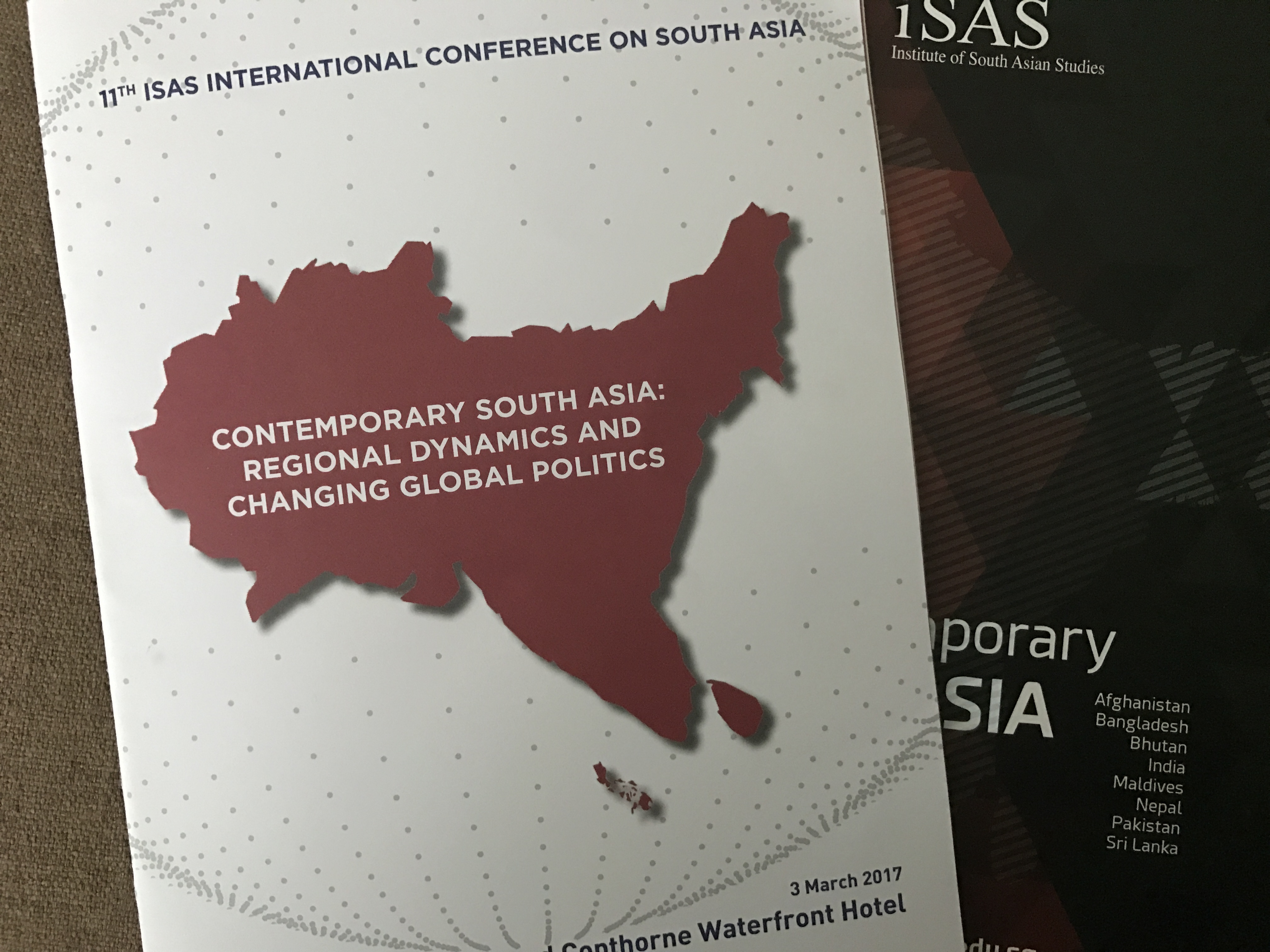 In the opening address, Ambassador Gopinath Pillai, Chairman of ISAS, National University of Singapore (NUS), and Ambassador-at-Large, Ministry of Foreign Affairs, Singapore, said, “ISAS is probably the only institute in Southeast Asia (SEA) to focus on South Asia. We do this because [historically, South Asia and SEA has a very close link, but it disappeared after the colonial powers came in.] Now we are trying to establish and preserve that link.”

The Guest of Honour, Dr Vivian Balakrishnan, Minister for Foreign Affairs, also highlighted the importance of historical footprints that have brought elements of South Asian culture and heritage to Singapore. 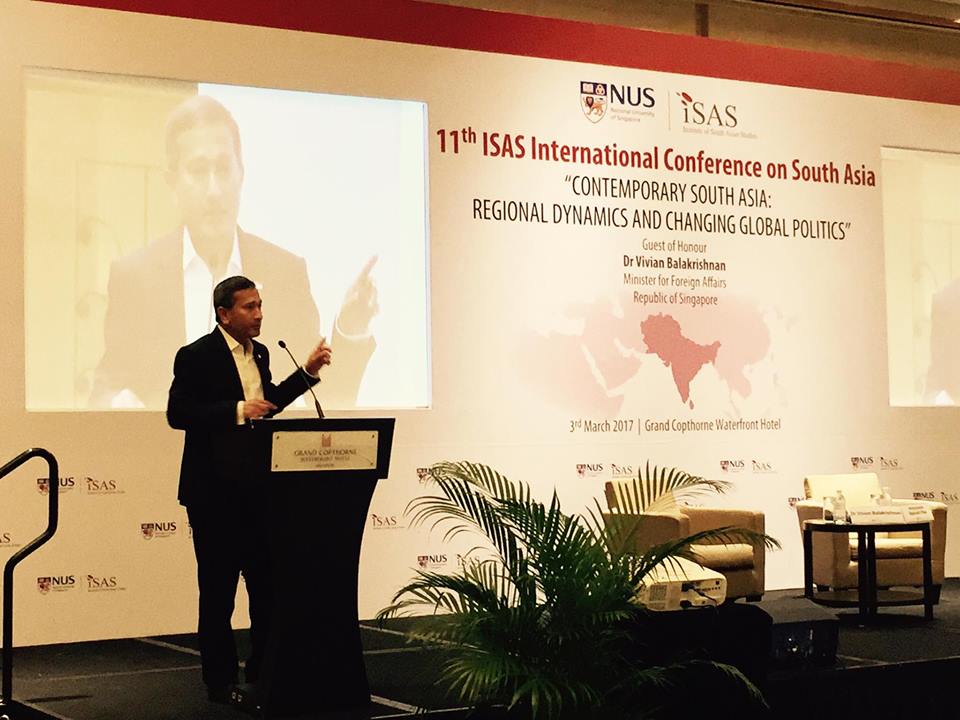 Dr Balakrishnan in his speech asserted that the historical linkages between South Asia and Southeast Asia could be leveraged to harvest the demographic dividends of these regions. You can read more about his speech here.

With the theme in mind, Ambassador Pillai mentioned that South Asia is facing challenges pertaining to economic role, regional integration, connectivity, religious and ethnic tension, environment and energy, and security issues. “The ability to solve these issues depends, to a large extent, on the relations that each country has with their neighbours. [However], all the countries in the South Asian region are trying to address these issues individually instead of as a team.”

This is where regional relations and global politics become intertwined. “A major challenge [the countries would have], is that when global powers start having these fields of influence, then you may be forced into situations where you have to choose where you are going.”

The agenda of the conference therefore focused on both South Asia in its own terms as well as in terms of its neighbouring regional dynamics.

Principal speakers include Ambassador George E. Moose, Former United States (US) Representative to the European Union Office of the United Nations (UN) and now Vice Chairman of the US Institute of Peace; Md. Shahidul Haque, Foreign Secretary of Bangladesh; Dr. David M. Malone, Under-Secretary General of the UN and Rector of the UN University in Tokyo; as well as Ambassador Umej Singh Bhatia, Former Ambassador of Singapore to the United Arab Emirates.