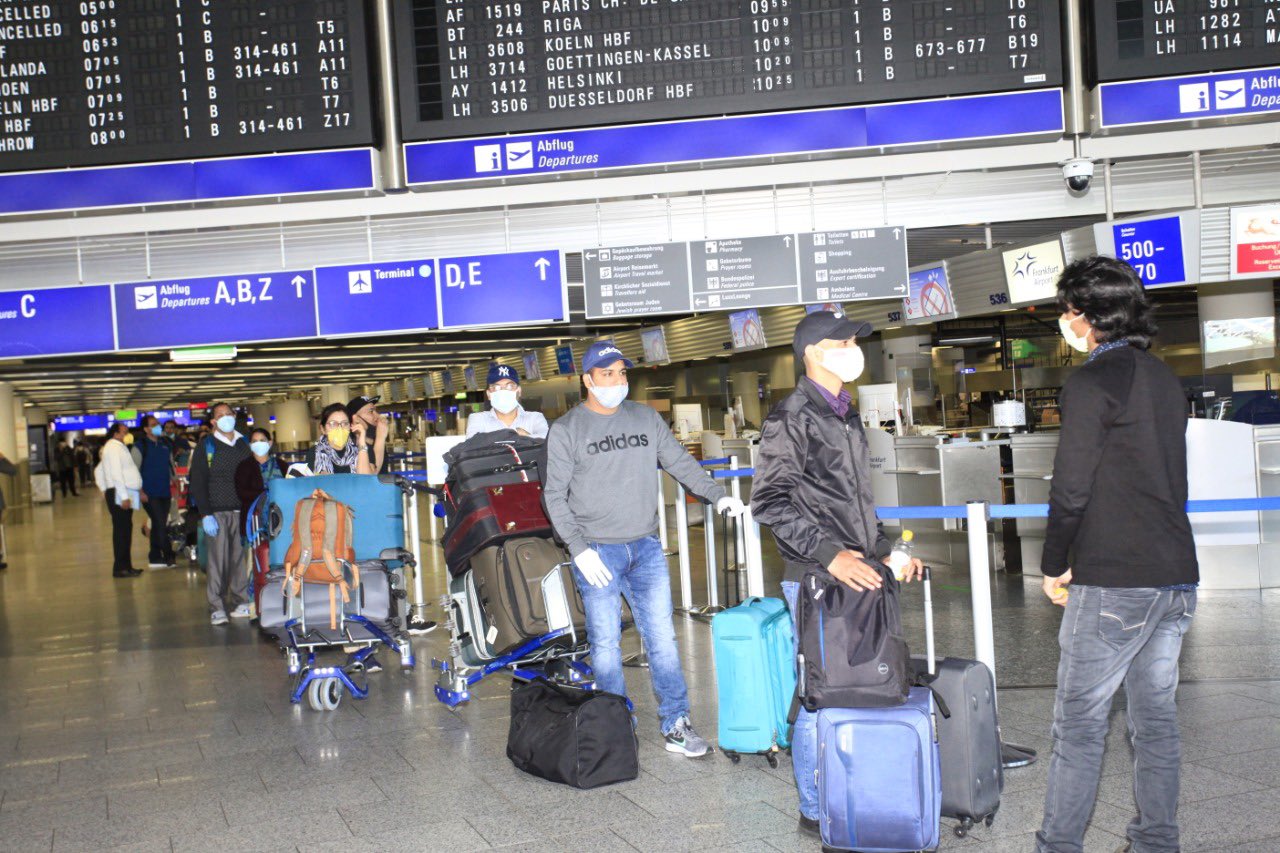 Indian citizens line up for a repatriation flight from Frankfurt to Delhi. Photo courtesy: Twitter/@eoiberlin

The Indian government's massive repatriation effort, the Vande Bharat Mission, is in full swing. Over 45,000 stranded Indians have been brought home from across the globe so far and now the government has decided to extend Phase 2 of this mission till June 13 (this phase was originally from May 17-22).

Launched on May 7, the Vande Bharat Mission is hoping to evacuate another 1,00,000 Indians by June 13, said the Ministry of External Affairs spokesperson Anurag Srivastava on Thursday.

About 5,000 Indians have returned through the land border from Nepal and Bangladesh.

The MEA spokesperson also said that the government is helping stranded Indians return from remote locations in Latin America and the Caribbean, Africa, and parts of Europe.

In Pics: Returning on the repatriation flight from Newark to New Delhi

He said that a total of 3,08,200 people have registered requests to return with Indian missions abroad on compelling grounds.

"During the phase two, a total of 429 Air India flights (311 international flights + 118 feeder flights) from 60 countries are scheduled to land in India. The Indian Navy will be making four more sorties to bring back returnees from Iran, Sri Lanka and the Maldives," Srivastava said.