"I am writing this as it sinks into me that this dream of ours is now shattered. I really wish we had a child of our own in whom I could at least see Srinivas and make him like Srinu," writes Srinivas Kuchibholta’s wife Sunayana Dumala in her heart-wrenching post on Facebook. Her post has received 16.4k reactions, 3k comments and 7.7k shares so far. 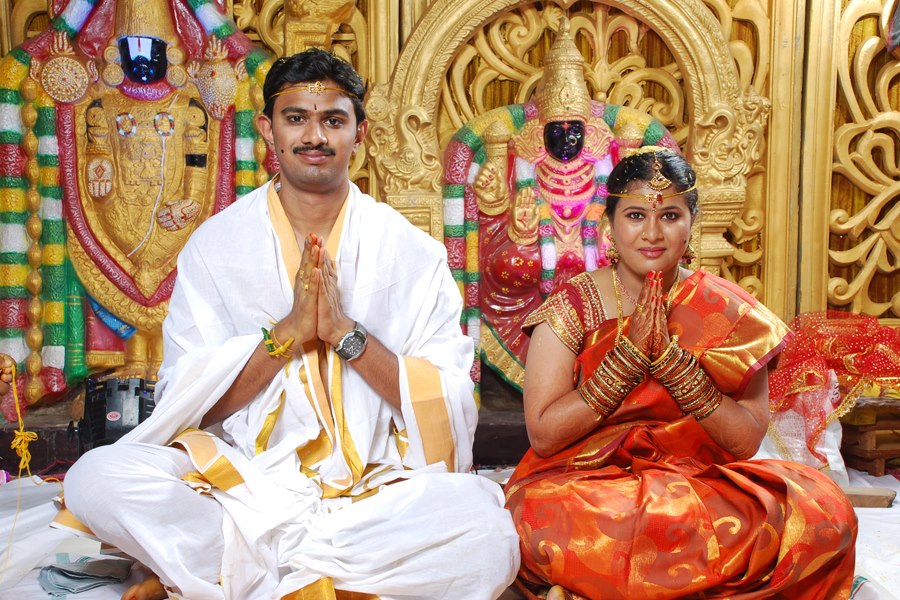 Sunayana’s world came crashing down on February 22, when she got the news that her husband Srinivas Kuchibolta was killed by a gunman in Olathe, Kansas, USA. Now a week later, Sunayana has gathered herself and wants to return to Olathe. To the same dream house, which the couple had built together. In a long Facebook post on Tuesday night, Sunayana shared what kind of a person Srinivas was and how they had planned for the coming week and how it all changed in a moment. 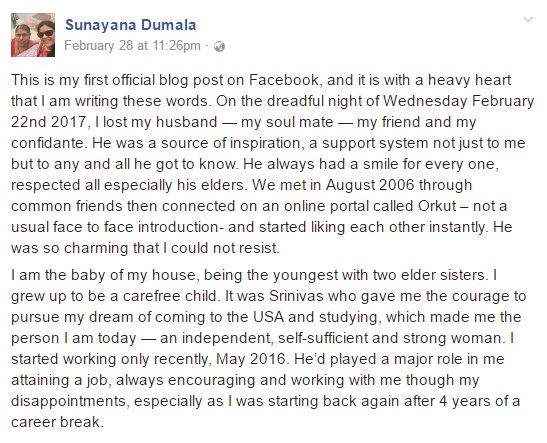 “He would have turned 33 on March 9th, and we were planning to fly to New Jersey for his cousin’s engagement. He was excited and eagerly waiting for the event, and we had plans to shop this past weekend for the trip. Things turned out differently, I was on my way to India with him in a coffin,” wrote Sunayana.

Sunayana and Srinivas were a happy couple. Srinivas was working for Gramin and Sunayana had recently taken up a job in another company. After Srinivas’s death, Sunayana’s company told her to take as much time as she wanted and return to work. 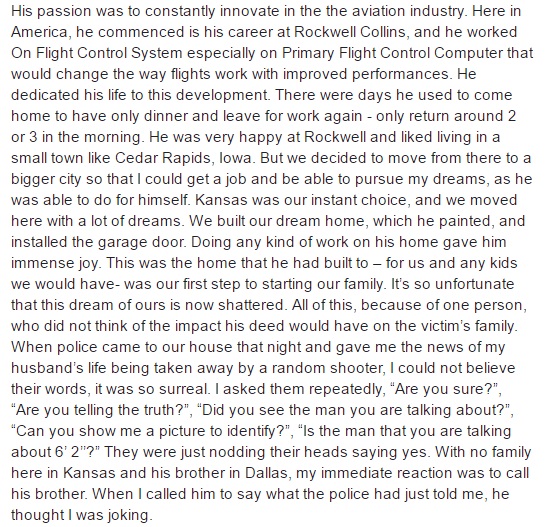 The first thing she wants to do upon returning to the US is thanking the American guy – Ian Grillot who tried to save her husband. "Thanks for having the courage and trying in whatever way possible to save my husband. When I am back in Olathe, I would like to meet you personally. I hope you get well soon," she said in her post. 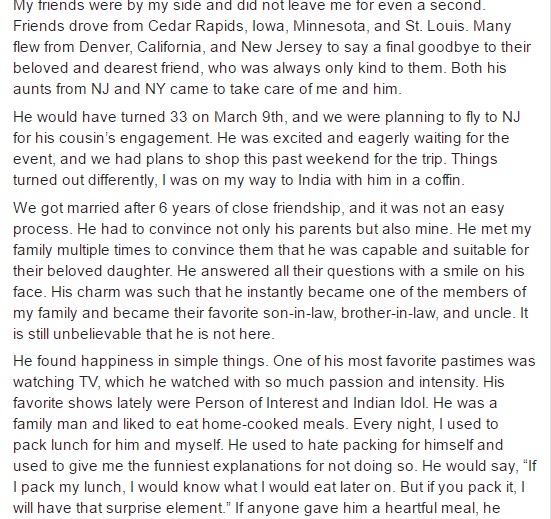 While recalling what exactly happened with her that fateful day, Sunayana wrote, "When police came to our house that night and gave me the news of my husband's life being taken away by a random shooter, I could not believe their words, it was so surreal. I asked them repeatedly, "Are you sure?", "Are you telling the truth?", "Did you see the man you are talking about?", "Can you show me a picture to identify?", "Is the man that you are talking about 6' 2''?" They were just nodding their heads saying yes. 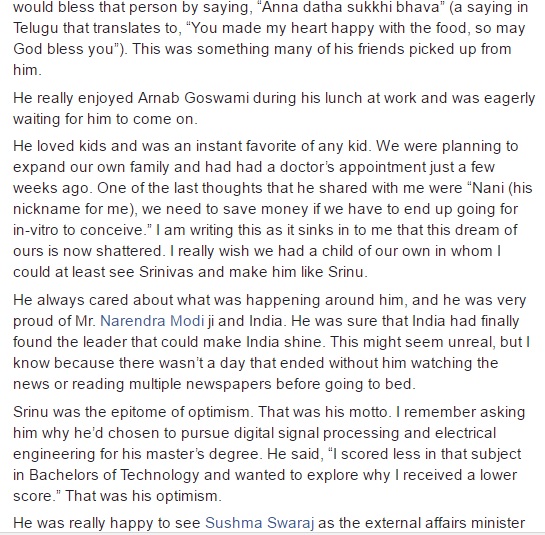 Sunayana when called up Kuchibhotla's brother in Dallas he thought she was joking.
"I'm still trying to digest the fact that in one evening I became a widow from a wife," Sunayana wrote. 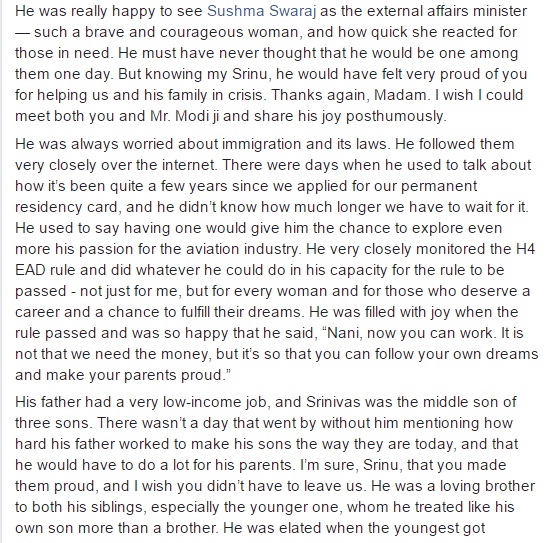 Srinivas’s funeral was performed at Jubilee Hills Mahaprasthanam in Hyderabad on Tuesday, February 28, 2017. 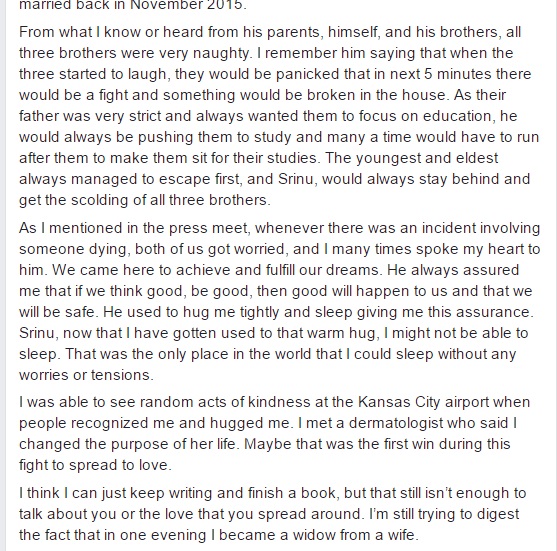 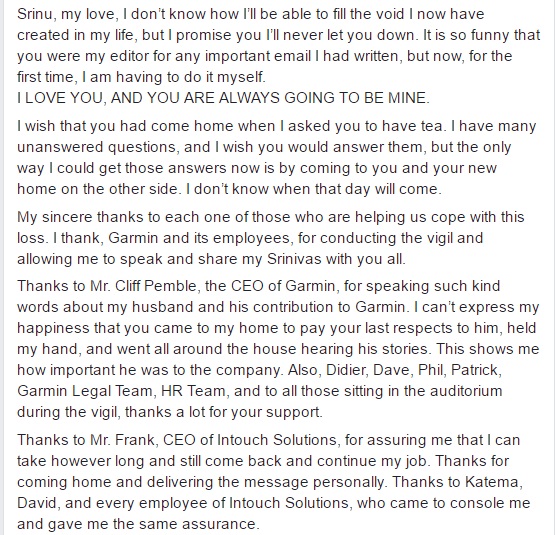 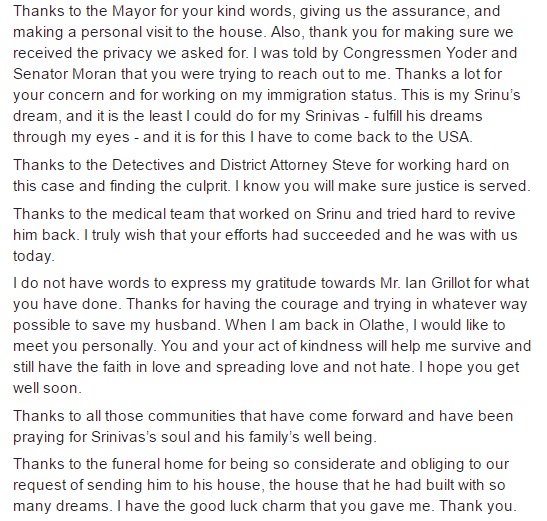 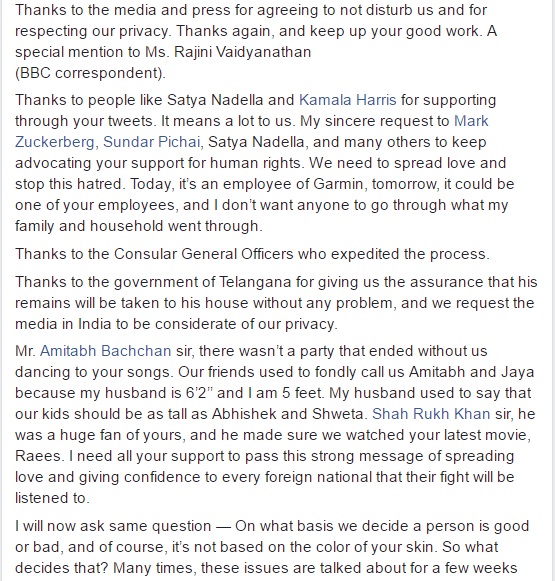