The Indian Finance Ministry relaxed the norm for determining residency status for tax purposes by discounting the period of stay in India due to lockdown for Non-resident Indians (NRIs) and foreign citizens stuck in India. 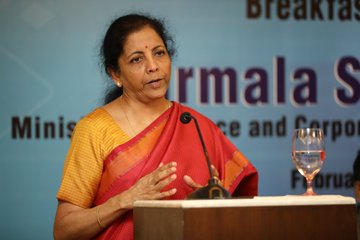 NRIs had expressed concern that they would have had to file tax returns as Indian residents after exceeding 120 days of stay.

The finance ministry has said that those who have been facing difficulty with the status of their residency under section 6 of the Income-tax Act, 1961 due to suspension of international flights, the period of stay in India due to lockdown will not be counted for determining the tax residency.

In a statement, the finance ministry said that considering representations received from people who had to prolong their stay in India due to lockdown, Finance Minister Nirmala Sitharaman had allowed discounting of prolonged stay period for the purpose of determining residency status.

Finance Ministry further said a circular would be issued excluding the period of stay of these individuals up to the date of normalisation of international flight operations, for determination of the residential status for FY21.

The Central Board of Direct Taxes (CBDT) has issued a circular in this regard saying that those who were unable to leave India on or before 31 March, their period of stay in India from 22 March to 31 March will not be taken into account for determining the tax residency.

The circular further says that those who have been quarantined in India on account of coronavirus on or after March 1, and departed on an evacuation flight on or before March 31 or have been unable to leave India on or before March 31, their period of stay from the beginning of the quarantine to the date of departure or March 31 will not be taken into account for determining tax residency.