United States President Donald Trump’s India visit begins in a week but officials of both countries are yet to resolve trade differences in various sectors, including agriculture, poultry and dairy, according to sources. 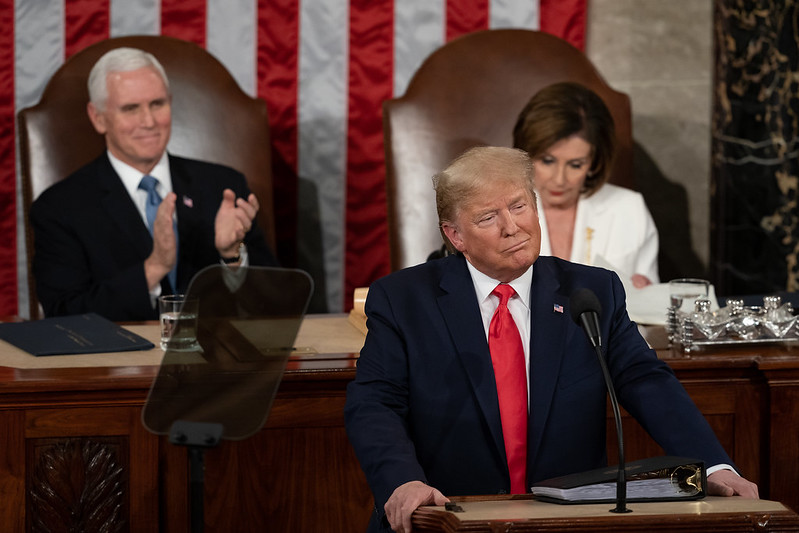 The US has also raised concerns over the high trade deficit with India. Photo courtesy: White House

Although talks are going on between the officials of the two countries, there is no clarity if a trade pact will be signed during Trump’s two-day visit beginning February 24.

After the withdrawal of export incentives by the US, under its Generalised System of Preferences (GSP) programme, India’s exports of those products to America have recorded a growth of about 11 per cent in December.

Meanwhile, the expected visit of US Trade Representative Robert Lighthizer this month ahead of the Trump’s visit to discuss the trade package with India is unlikely, a US official said.

“Lighthizer was supposed to hold discussions with commerce ministry team but as of now, he is not coming,” the official said.

The visit of USTR assumed significance as Indian and US officials are engaged in talks for a limited trade deal. The two countries are negotiating a trade package to iron out certain issues and promote two-way commerce. India is demanding exemption from high duties imposed by the US on certain steel and aluminium products, resumption of export benefits to certain domestic products under their GSP, and greater market access for its products from sectors such as agriculture, automobile, automobile components and engineering.