The International Monetary Fund (IMF) on Monday lowered the growth estimate for India to 4.8 per cent for 2019, a cut of 1.3 per cent in just three months. Stress in the non-bank financial sector and weak rural income growth were some of the major factors for the downward revision, it stated. 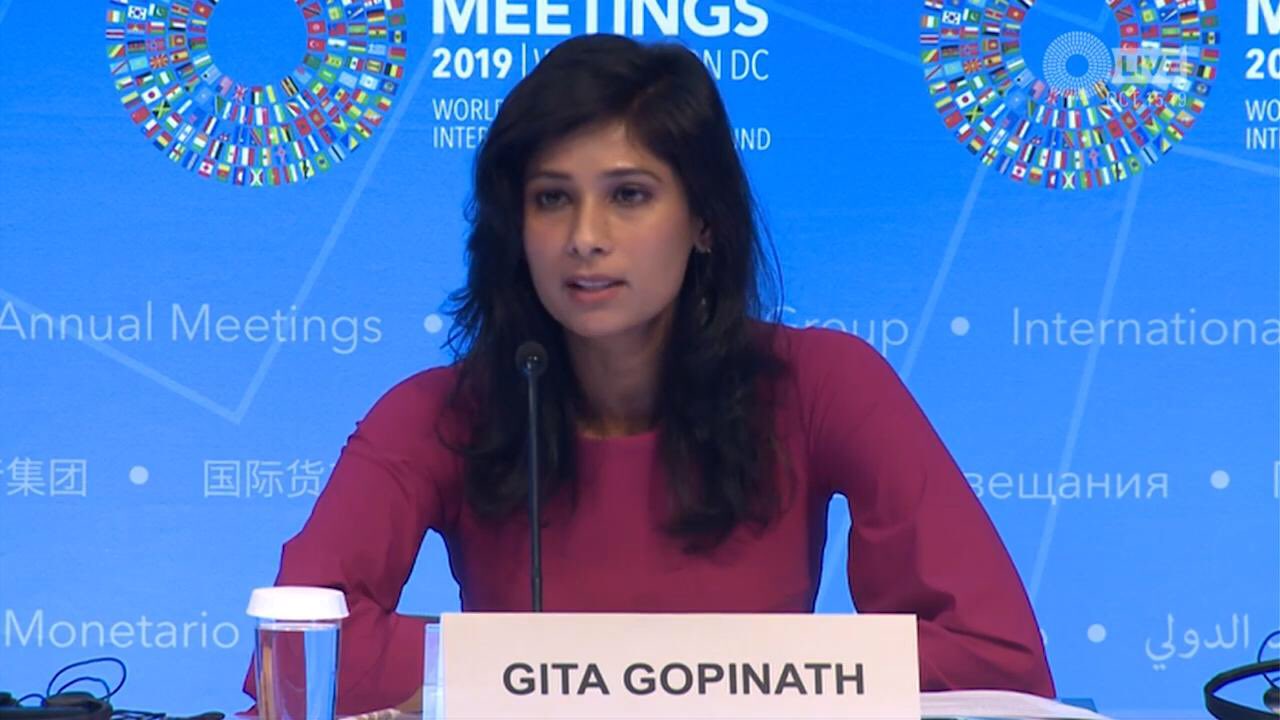 During an update on the global economy ahead of the start of the World Economic Forum (WEF) annual summit in Davos, the IMF said it expects Indian growth to be 5.8 per cent in 2020 and rise to 6.5 per cent in 2021.

India-born IMF Chief Economist Gita Gopinath told Indian media outlets that the nation’s growth played a large part in the global economy and the Indian slowdown has resulted in the IMF downgrading global growth by 0.1 per cent in 2019.

In India, the IMF said domestic demand has slowed more sharply than expected amid stress in the non-bank financial sector and a decline in credit growth.

Just released the update to the #WEO in Davos #WEF2020. Global economy shows tentative signs of stabilization but no clear signs of a turning point. https://t.co/CypTOhq3eS pic.twitter.com/s4IvldvIgz

China's growth has been revised upward by 0.2 per cent to 6 per cent for 2020, reflecting the trade deal with the United States, she added.

Indian National Congress leader P Chidambaram on Tuesday said that Gopinath and the IMF should watch out for an attack by Indian government ministers following their downward revision of the Indian economy's growth.

"IMF Chief Economist Gita Gopinath was one of the first to denounce demonetisation. I suppose we must prepare ourselves for an attack by government ministers on the IMF and Dr Gita Gopinath," Chidambaram tweeted.