Jeff Bezos’ visit to India got an entertaining flavour when he shared the stage with Bollywood superstar Shah Rukh Khan at an event in Mumbai attended by Bollywood A-listers. 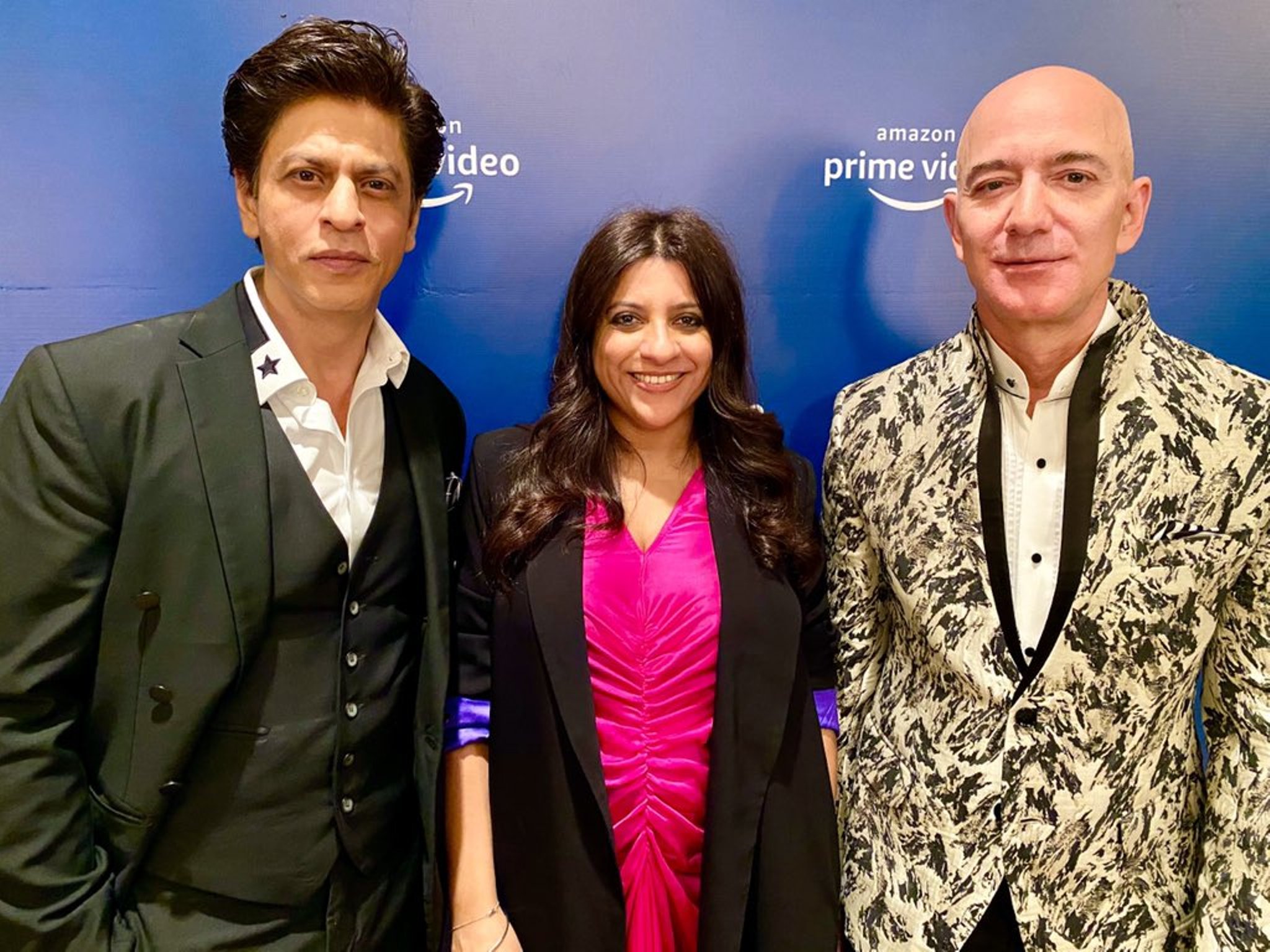 “We want to be known as the most talent friendly studio in the world because it is talent that makes stories," Bezos said in conversation with SRK and filmmaker Zoya Akhtar at the mega Amazon Prime Video event on Thursday night.

Shah Rukh, in a lighter vein, got the Amazon CEO to repeat his iconic line from the movie Don in Hindi, much to the crowd’s amusement. The topics during the session included technology applied to the entertainment sector, Prime Video’s plans for India and Bollywood and Amazon’s unique OTT streaming business model, among others.

“Fun and learning evening with the Zordaar Zoya Akhtar and the Zabardast Jeff Bezos Thanks everyone at Prime Video India for arranging this,” the Badshah of Bollywood tweeted after the stage session.

Manoj Bajpayee, Farhaan Akhtar, Rajkummar Rao, Divya Khosla and Vidya Balan were among the celebrities at the star-studded event while award-winning composer AR Rahman, slated to perform on the night, was also present.

Bezos flew to Mumbai after attending the second day of the Smbhav summit that his company held for small businesses in the national capital. He visited a small kirana store in Mumbai to see how the brick-and-mortar business works in the country before addressing a large gathering of the Bollywood community.

The Amazon founder emphasised why it was important for his company to expand in the Indian market.

“Nowhere in the world is Prime Video doing better than in India and we are planning to double down our investments here," Bezos said.