Fog alert in the UAE ahead of New Year’s Eve celebrations, likely to clear by evening

Alerts about fog formations and poor visibility in multiple areas have been issued in the UAE on New Years Eve.

However by the time the clock strikes midnight on December 31 and celebratory fireworks displays are set off, the skies are likely to clear.

The National Centre of Meteorology(NCM) issued an alert about fog formation over western, central and some seaside areas in Al Ain, Abu Dhabi and Dubai. 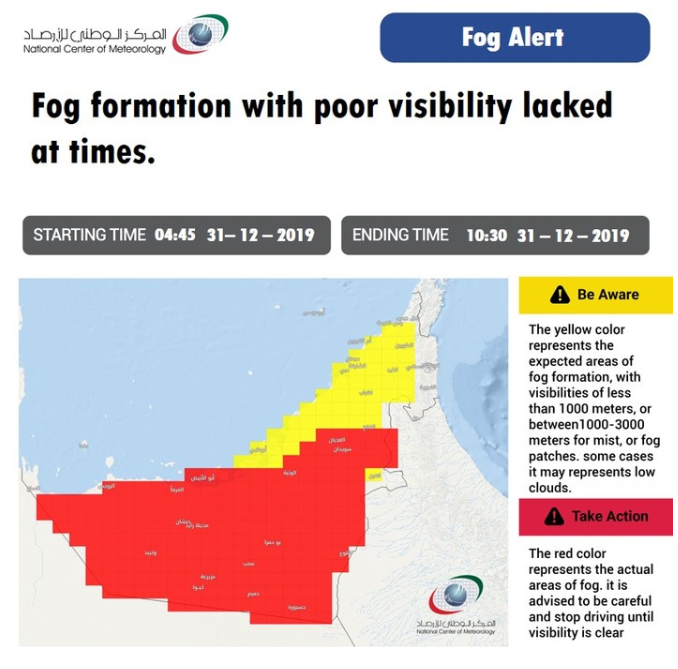 The National Center of Meteorology posted a weather alert last night for residents to be alert as the thick fog was expected to affect visibility on roads till 10.30 am. Photo Courtesy: NCM Instagram

NCM has called on motorists to take all precautions and follow traffic regulations.

With dense fog bringing the visibility to less than 1,000 metres, motorists are advised to drive carefully and reduce speed to 80kmph as long as weather conditions remained unstable.