In line with the 2015 and 2017 elections in the United Kingdom, a Hindi music video urging people to vote for Conservatives and Boris Johnson with images of Indian Prime Minister Narendra Modi has gone viral.

Reactions on the internet to the production ranged from amused to outraged, with some expressing concern that the video would link the British-Indian community as a whole with the Tories while others compared it to Indian state TV broadcaster Doordarshan's clip from the 1980s. 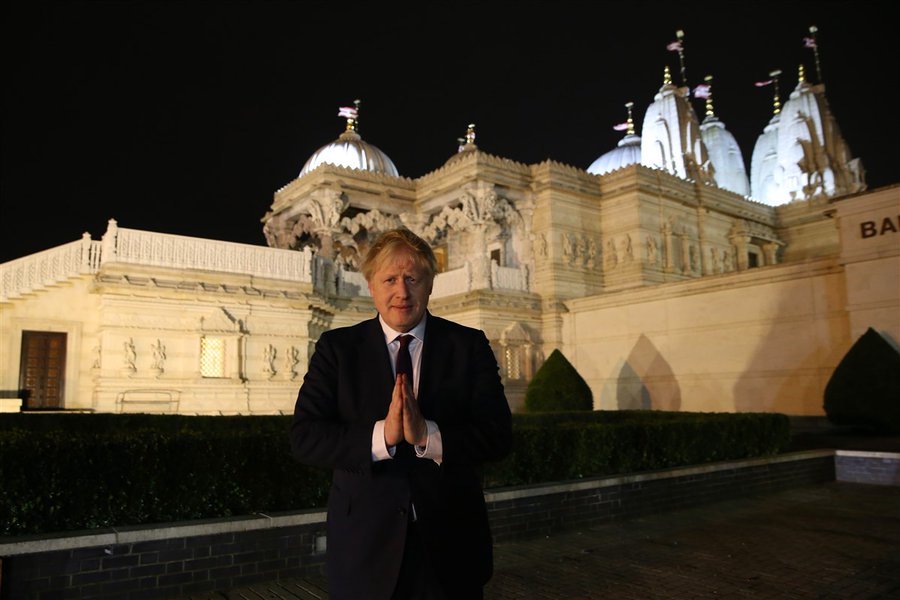 According to media reports, the video was released under the ambit of the Conservative Friends of India, a political activist group based in London. Similar videos featuring David Cameron and Theresa May had also been posted before the 2015 and 2017 elections.

Conservative Indian-origin candidate Shailesh Vara was one of the earliest to tweet the music video, and replies from the Twitterati were colourful and vociferous. Detractors and supporters alike were not shy in their use of memes, pop culture references and emojis to express their views on the issue.

A call to the British Indian community to vote Conservative pic.twitter.com/KcbOqT2wwa

I wanna buy you a drink pic.twitter.com/wskQed0Zpd

MEA should protest this video, which depicts PM and Indian HC as supporting Conservatives, is making case that Britishers of Indian origin follow political diktats from India. This could be turned against diaspora as evidence of foreign allegiance,accuse India of interference https://t.co/KCWUlscJl8

Sounds like a Nirma ad and Boris is on Sale 😜

As a British Indian... pic.twitter.com/3CjEmyqcqA

Hilariously odd choice of words aside, this sounds like something from an old DD show from the 80s. Either this is a deliberate choice of tone aimed at the older British-Indian demographic segment or (more likely) the production team just didn't feel like working too hard on this

The theme of the latest video is ‘Boris ko hamein jitana hai’, with lyrics in Hindi, a refrain of 'To vote karo for, Boris Johnson' and images of Modi and the Indian high commissioner Ruchi Ghanashyam, among others.

The video was released following a visit by Johnson and his girlfriend to the BAPS Shri Swaminarayan Mandir in London, popularly known as Neasden Temple, where he performed a puja and made a keynote address to the British Indian community, hailing Modi and his promise of a new India.