Malaysia and Singapore police have busted a huge fake online relationships scam by thwarting four syndicates behind an ‘Africa scam’. In the scam, 100 victims mostly women have suffered losses of around SGD 6.4 million.

According to reports, thirty-four people have been arrested and out of which 13 are said to be Nigerians. 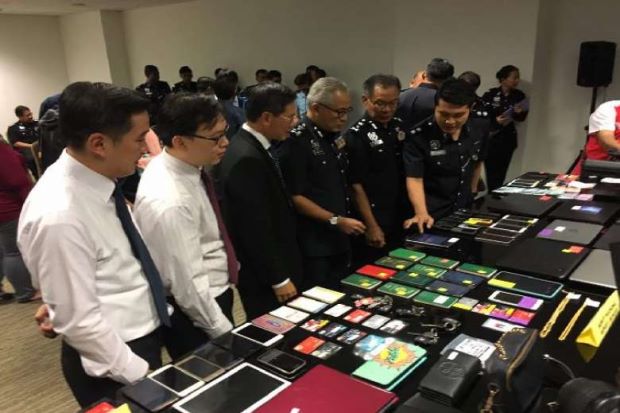 David Chew from Singapore Commercial Affairs Department said, "These guys are on the internet, posing as doctors, professionals, making friends with people around the world. The third one is once I become good friends with you, I can ask you to make investments, to give me loans. Of course, they never intend to return the money and when it's time for them to pay back the money, they're suddenly uncontactable. The modalities in which I can cheat a person who I trust is multifaceted."

In 2016, more than 2000 investigation papers were opened over this type of scheme in Malaysia and police claims that there are more scammers.

Acryl Sani Abdullah Sani, head of Commercial Crimes Department, Royal Malaysia Police said, "These people are very good with the way they are tickling the feelings, the emotions, the hearts of the potential victims. So be aware."

The fake online relationship web
The scammers would usually trap their victims in Singapore and Malaysia through social media, under the pretext of a love relationship.

They would tell victims that they sending them gifts or visiting them so ultimately the victims would be asked to transfer money to the bank accounts supposedly belonging to customs or immigration to release the gifts or the person.