AGAM with Kaushiki: a masterstroke

It was a musical masterstroke to combine progressive carnatic rock group AGAM with the hindustani classical singer Kaushiki Chakraborty at Kalaa Utsavam 2019.

Rajeswari Ramachandran, who leads the Kalaa Utsavam team responsible for curating the festival and who took the bold step, was beaming on the evening of the show, witnessing the gleeful audience having a great time. With a hint that it was a gamble, Rajes had told Connected to India few weeks back, "Agam with Kaushiki Chakravarthi is also a way of introducing something new."

AGAM who were returning for their third performance to Esplanade Theatres for Kalaa Utsavam were greeted with fervour by their ever growing fan base amongst the diaspora in Singapore.

​Kaushiki has her own fan base amongst the NRI’s as well as the locals, which is no wonder for the ‘Nightingale of the East’ as she is popularly known. 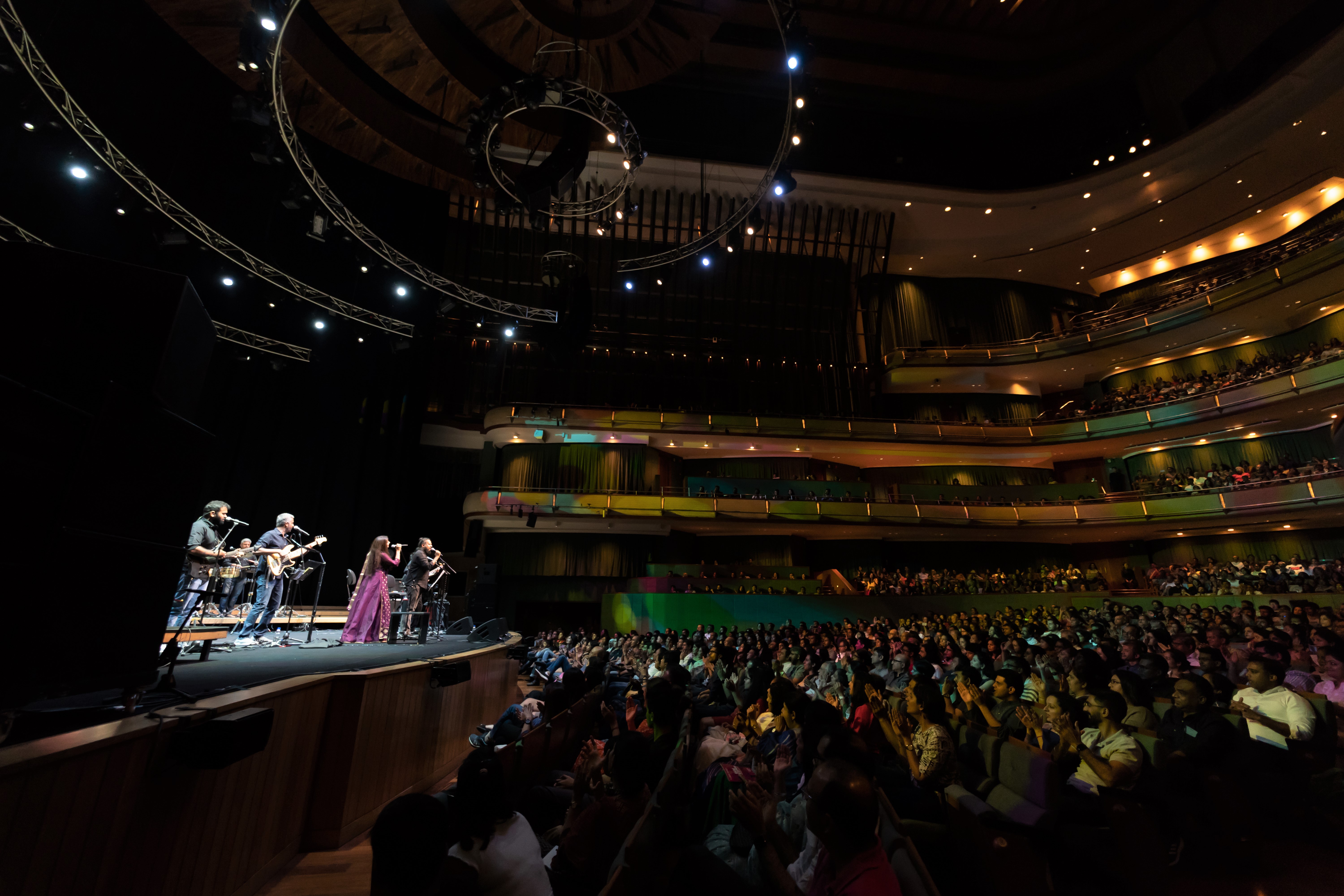 Lead singer of AGAM, Bangalore based Harish Sivaramakrishnan with the Nightingale of the East Kaushiki Chakraborty performed in front of a rapt audience at Kalaa Utsavam 2019. Picture: Kalaa Utsavam

Music lovers of the South were brought together with music lovers of the rest of the immensely diverse music tradition of India. The net was definitely cast wide with Kaushiki singing a popular boat song in Malayalam and a traditional hindustani ode to the accompaniment of Jazz beats. 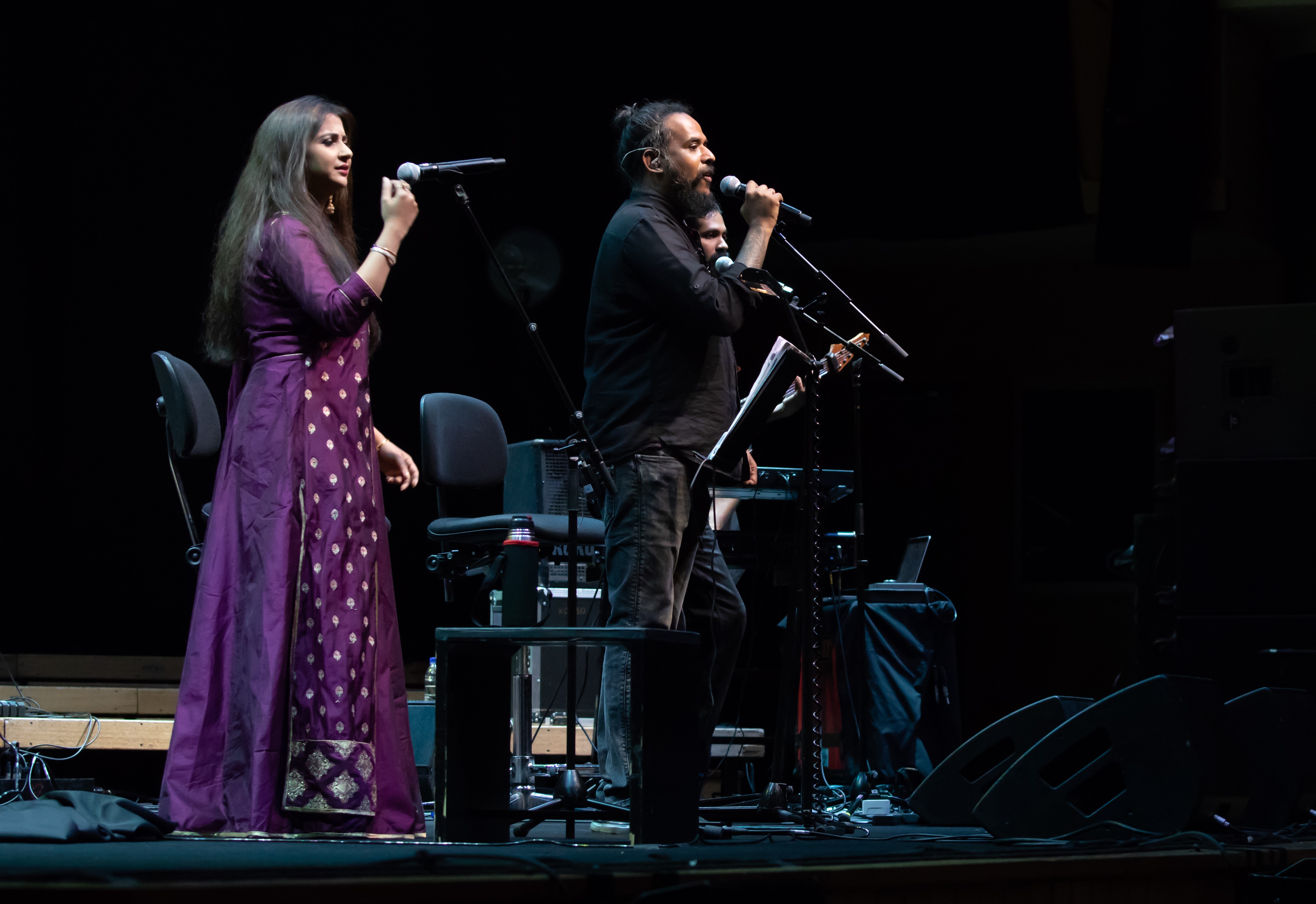 Audience were treated to popular numbers by AGAM and Kaushiki as well as to Kaushiki rocking it with a foot-tapping boat song in Malayalam with Harish. Photo Credit: Kalaa Utsavam

AGAM performed popular favourites including ‘The Celestial Nymph’ which they unveiled for the first time at their Kalaa Utsavam performance last year. Kaushiki sang the soulful 'Yaad Piyaa ki Aayi’ to the accompaniment of a Saarang which seemed to be literally singing the lyrics.

The specially crafted numbers for this performance were exclusive pieces performed by Harish Sivaramakrishnan,  lead singer of AGAM,  together with Kaushiki to the accompaniment of both the band and the Saarangi.