Rajnikanth, Amitabh among those honoured at 50th International Film Festival of India

Rajinikanth was presented with  Icon of the Golden Jubilee award and French actress Isabelle Huppert was conferred a Lifetime Achievement award at the 50th edition of the International Film Festival of India (IFFI). 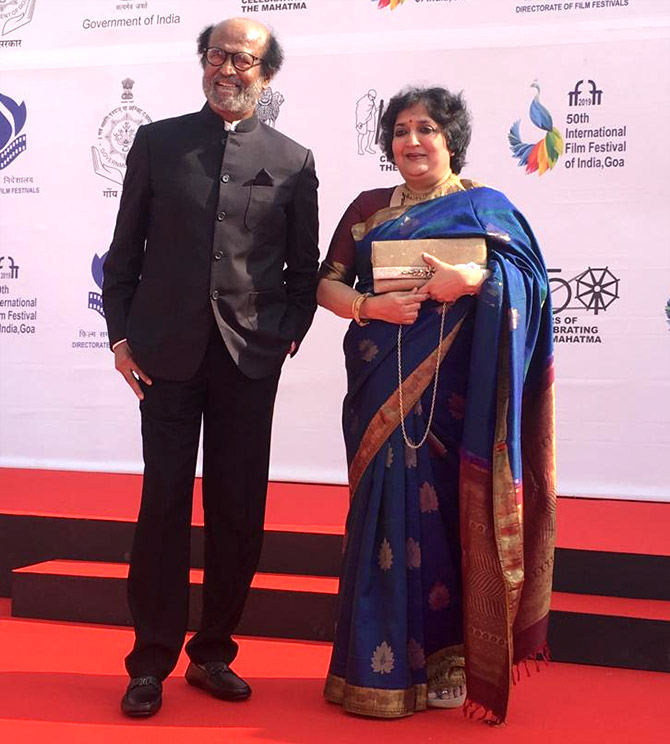 ​Rajinikanth and wife at the 50th edition of the International Film Festival of India, where he was presented with Icon of the Golden Jubilee award. Photo Courtesy: IFFI

“Feel honoured and grateful for being the recipient of the extraordinary award,” Huppert said.

“I am extremely happy to receive the Icon of the Golden Jubilee. I dedicate this to all my directors, producers and technicians who have been with me and above all my fans,” Rajinikanth said on receiving the award. 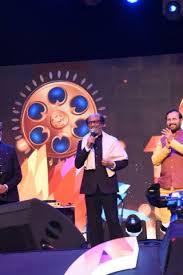 Rajnikanth dedicated his award received at IFFI to all his directors, producers, technician and all his fans in his thank you speech. Photo Courtesy: IFFI

Amitabh Bachchan who was specially felicitated on the occasion said that he owes his success to his fans. “This is a debt on my head of your love and affection. I would not be able to repay the debt and I would not want to, because I would like to keep it forever,” he said. 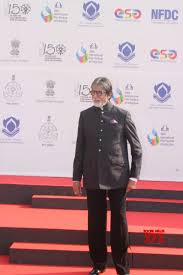 Amitabh Bachchan at the red carpet for the inauguration of the 50th International Film Festival of India being held in Goa. Photo Courtesy: IFFI

IFFI is taking place in Goa this month and the inaugural ceremony was attended by federal Minister for Information and Broadcasting Prakash Javadekar as well as by superstars Amitabh Bachchan and Rajinikanth.

Describing cinema as India’s “soft power”, Javedekar announced the setting up of a single window clearance system for processing of permissions for film shoots.

“India has such scenic locations, sites, but for shoots one has to take 15-20 permissions. We are starting a single window system for (permission) for shootings. Goa, Leh-Ladakh and Andaman and Nicobar will also benefit,” Javadekar said during the inaugural session. 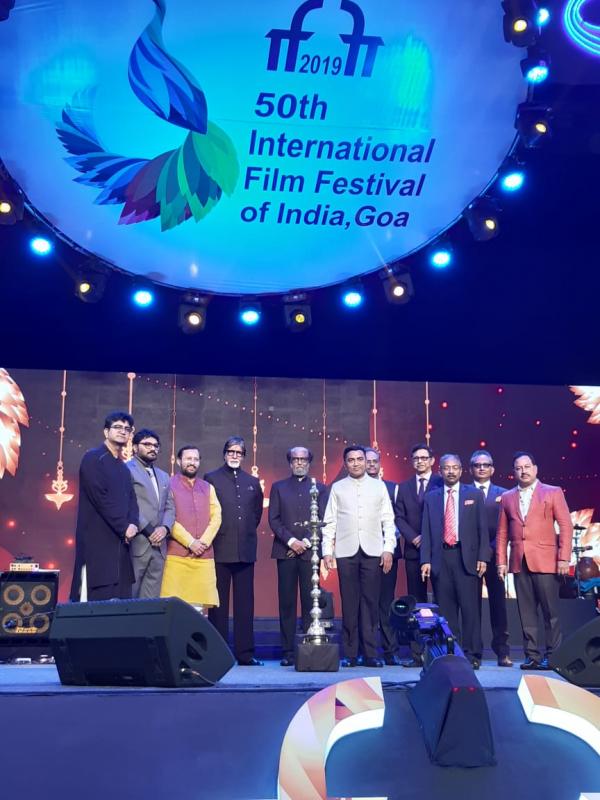 Federal Minister for Information and Broadcasting Prakash Javadekar at the inaugural ceremony for IFFI with superstars and invited dignitaries. Photo Courtesy: IFFI

Compere for the inauguration show, well-known director Karan Johar, began with a tribute to Goa’s stalwart politician the late Manohar Parrikar who hosted the first IFFI in the state.

To commemorate the occasion a special postage dedicated to the completion of 50 editions of the festival was released yesterday.

Over 200 films from 76 countries, which includes 26 feature films and 15 non-feature films will be screened as part of the Indian Panorama section. 9,000 delegates have registered for the event which takes place from 20th - 28th November 2019. Delegates can register here.