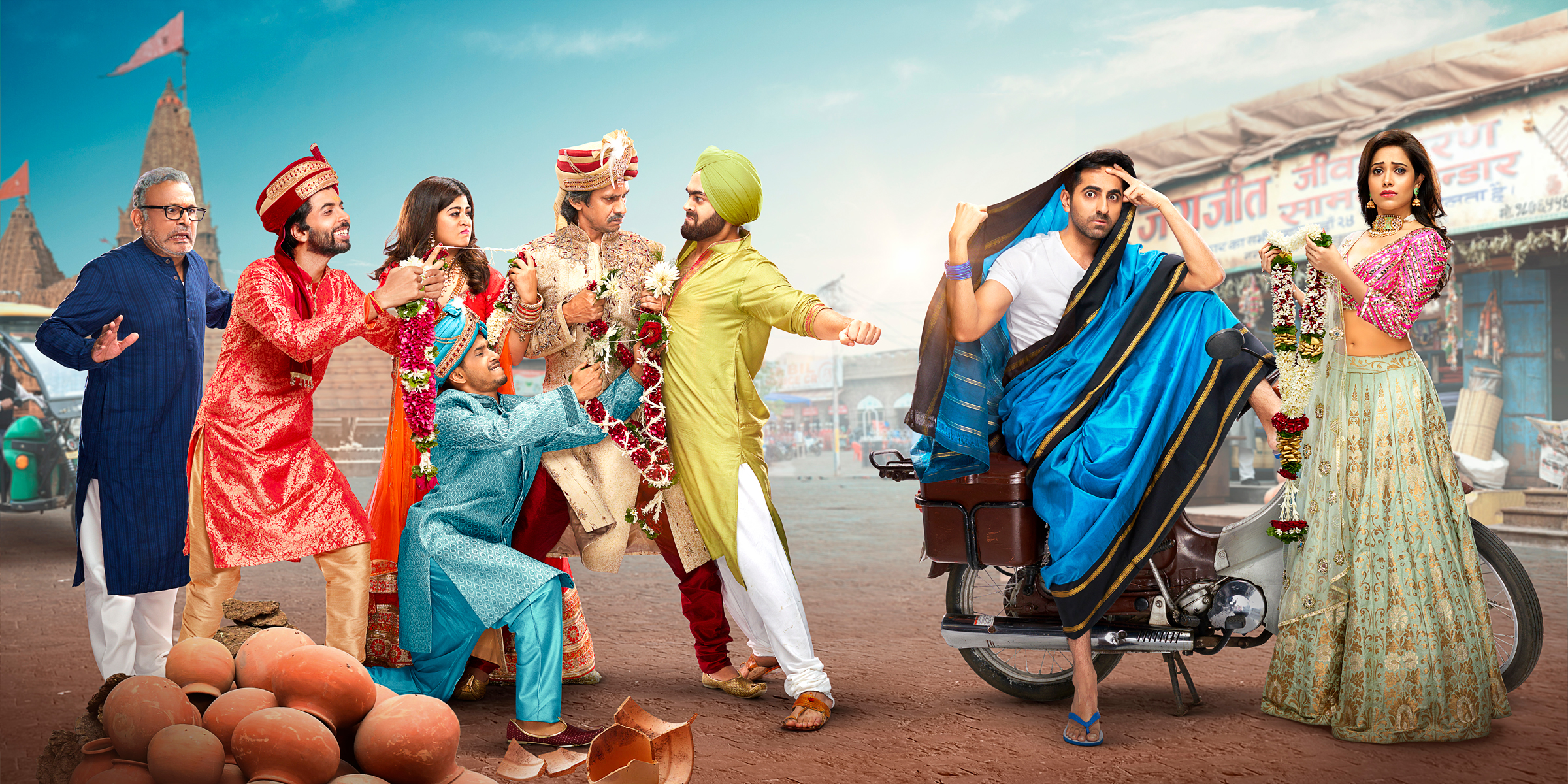 Bollywood star Nushrat Bharucha is getting ready for the release of her upcoming film Dream Girl in which she stars opposite National Award winner Ayushmann Khurrana. She plays the role of Dolly Shinde, the love interest of Ayushmann’s character in the film. The romantic comedy, set for a September 13 release, is directed by Raaj Shaandilyaa and also stars Annu Kapoor and Vijay Raaz.

Connected to India caught up with Nushrat to discuss the upcoming release, her experience acting with Ayushmann, her Bollywood journey so far and much more.

Tell us about your role in Dream Girl.

‘Dream Girl’ is Ayushmann. Ayushmann’s name in the film is Karam but Karam’s ‘Dream Girl’ is me. We have a very sweet love story going on where we are trying to plan a life together. In the middle of all of that he (Karam) takes up this job where he speaks to people in a girl’s voice and I don’t know anything about it. So (the film is about) how that life and that work creates confusion in his life and then I get pulled into that. I’m stuck in this mess, where I’m thinking - what is going on, what is all this and who are all these people who are in his life and why are they in love with you? It’s quite shocking for me. Then we kind of find out what is the situation and what really happened and then we solve it. So that is my part in the film where I’m playing his dream girl and getting through the entire mess with him. 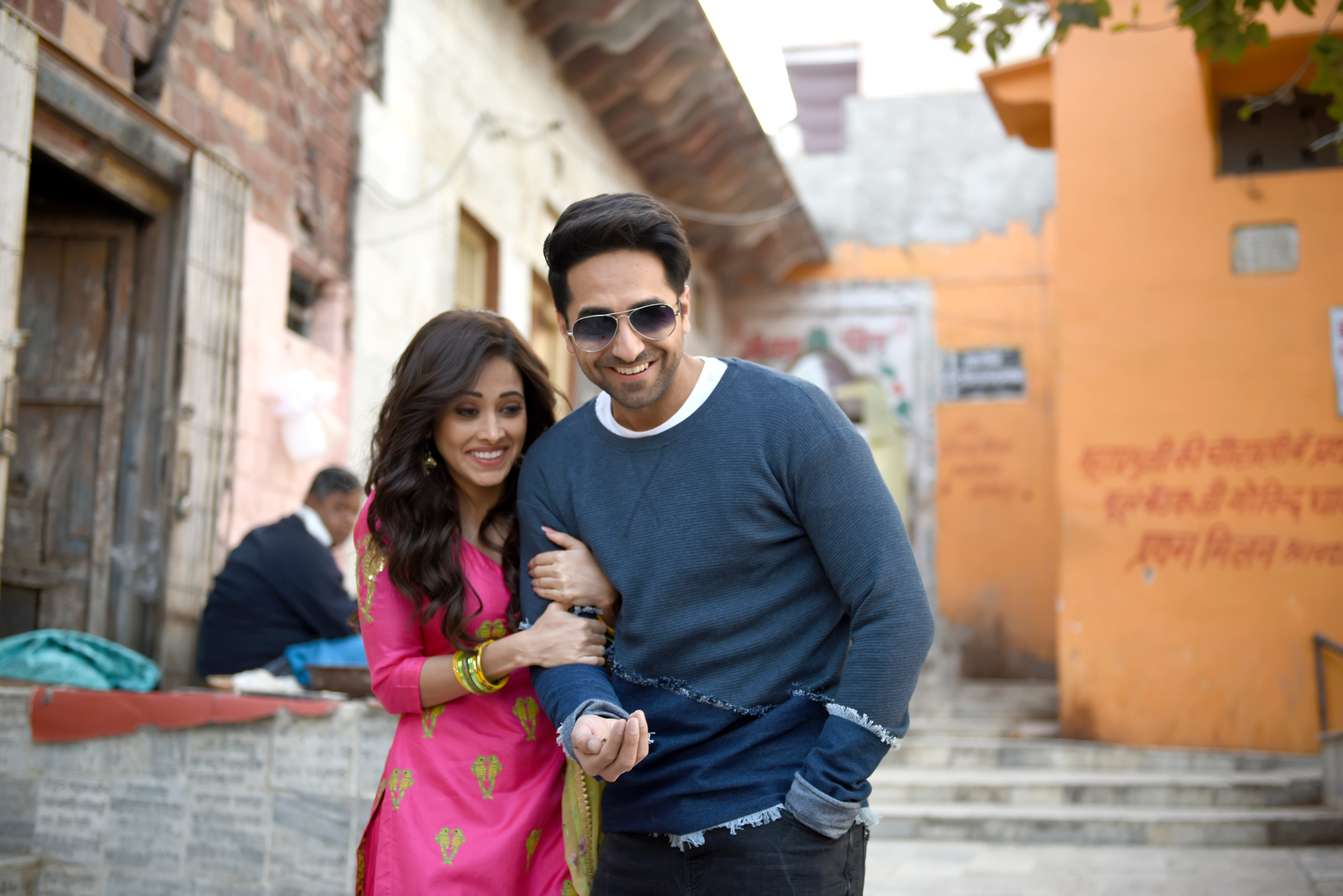 We heard Ayushmann Khurrana say at the trailer launch that he finally realised how much time it takes for actresses to get hair and make-up done. What was the shooting experience like with Ayushmann having to dress as a woman?

I could not recognise him when he came on set. It was so funny. He had to obviously wear a wig for the hair and he said ‘my god how do you wear this, it hurts so much, it’s so hot and it’s so itchy’. And I said, live with it brother, live with it, we live with it everyday. Now you go through it for one day. It was a lot of fun... It was his first experience and it was just fun to watch him go through it. 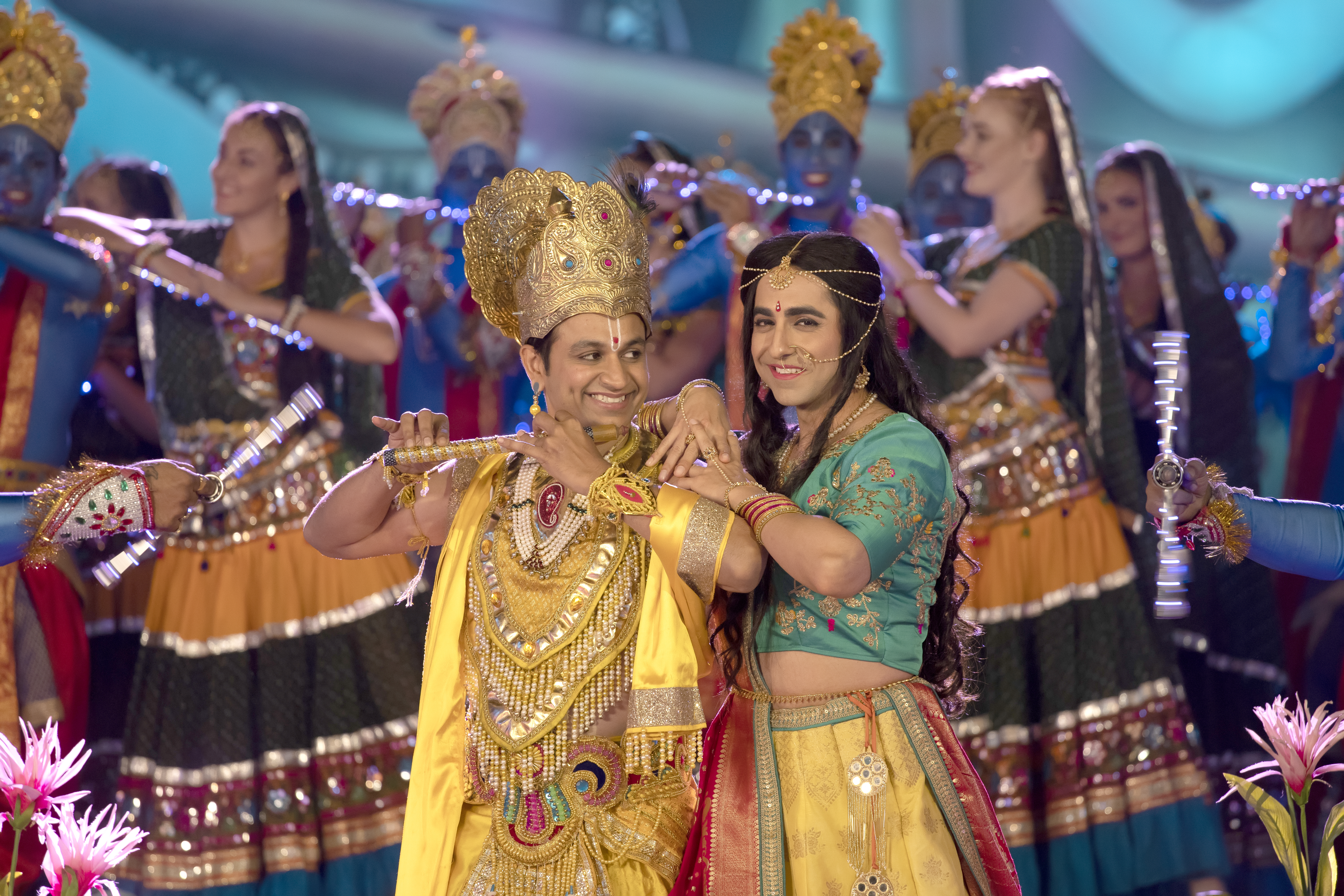 A still from Dream Girl.

Tell us about your Bollywood journey - the struggles you’ve faced, and how it feels when you achieve the success you’ve had after all your hard work.

My journey has been really long and has had crazy ups and downs. Nothing I could have planned. Nothing I did plan actually came through. This career of mine, this journey of mine has happened to me. I have only constantly been working hard at it, I have only constantly been honest about it and I have only constantly had the same passion for it. From my end, these are the three things that have not changed. I have not stopped working hard, I have not stopped being honest and my passion has not depleted in any way. Everything else has just happened to me. They offered me Pyaar Ka Punchnama - I did it. It became something. They offered me Akaash Vani - I did it. It flopped. I dealt with that in whatever way I could. I was still young, didn’t understand much, so of course I did make errors. But you learn from them. Pyaar Ka Punchnama 2 did another big number and I thought I’m still in the game, I’m still acting… and this is going to happen. And then Sonu Ke Titu Ki Sweety just went through the roof.

I feel eventually you make a choice. Whichever path you choose to take, there are always going to be repercussions and rewards along the way. You just have to be prepared for both and take both in your stride. I wish I had a support system or a world that planned it all for me or invested me and had a future plan for me. But you have to be real about it. I don’t have that. I only had me from my entire family in this industry. So I had to do it all and I’m happy to do it all. But I will have to live with the repercussions of it as well. My journey has just been that. I’m just really thankful for everything that has come my way. I am very thankful for every film that didn’t come my way also because when I didn’t do it or when they didn’t cast me, I turned onto another path in this network of universe and destiny. My destiny led me here. I’m happy and content with where I am. 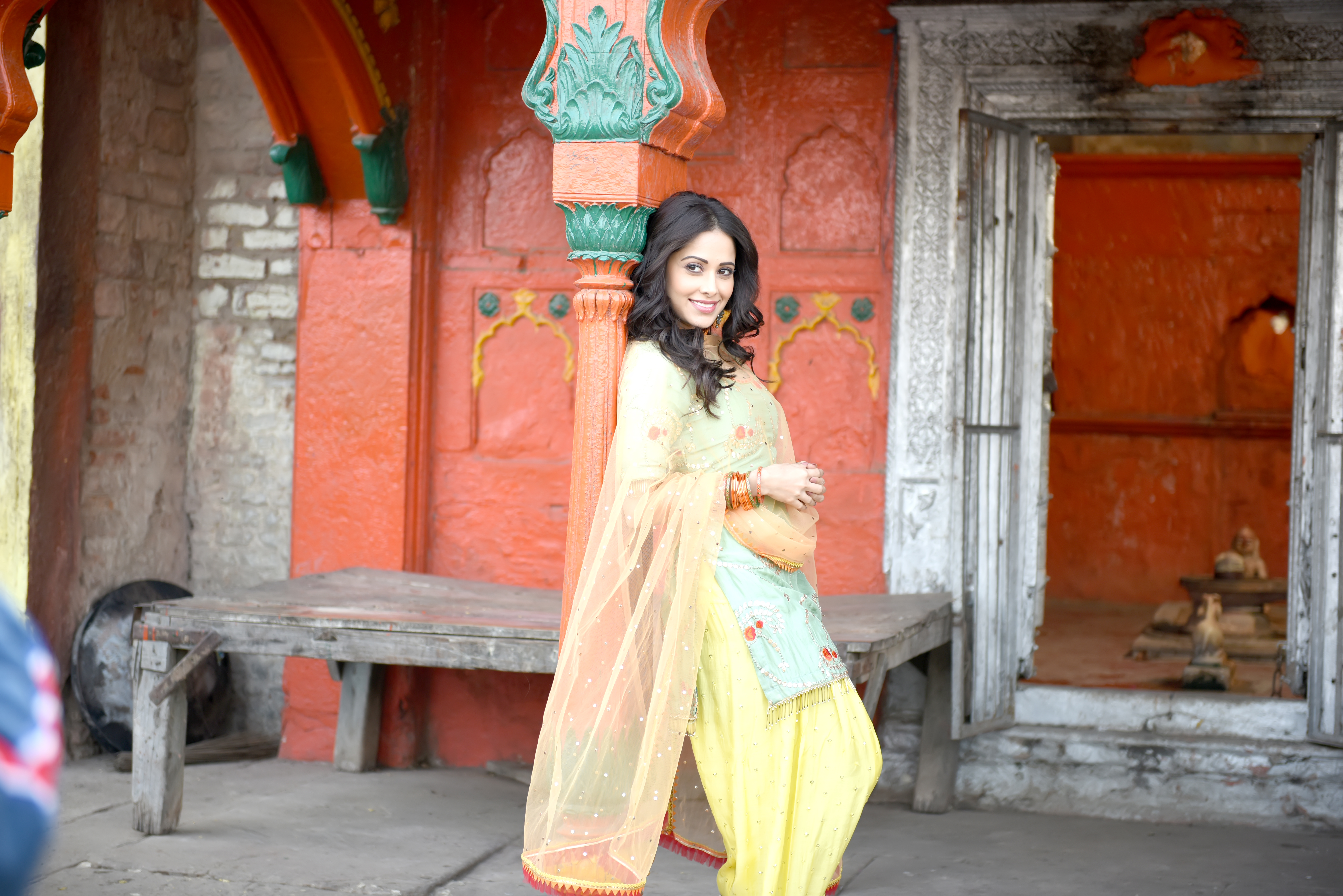 Would you say the success of Sonu Ke Titu Ki Sweety was the turning point in your career?

What has been your most memorable role till date? Was it Sonu Ke Titu Ki Sweety for what it did for your career or something else?

Akaash Vani. The role of Vani will always be close to my heart. It’s my only film that bombed that badly. There was a lot in that film that I was really hopeful for, there was a lot in the film that I genuinely loved… It is one film that will always remain close to my heart. I have genuinely felt those emotions and I have genuinely gone through the pain of that character for a whole year. I actually lived alone in a house, away from my family and friends. I switched off my phone and was unreachable to everybody for a whole month while I shot that part. I became her. So it will always remain close to my heart. Maybe it didn’t change my career like Sonu Ke Titu Ki Sweety did but it changed me in a lot of ways and that will always be something I can hold on to more than a film’s success. 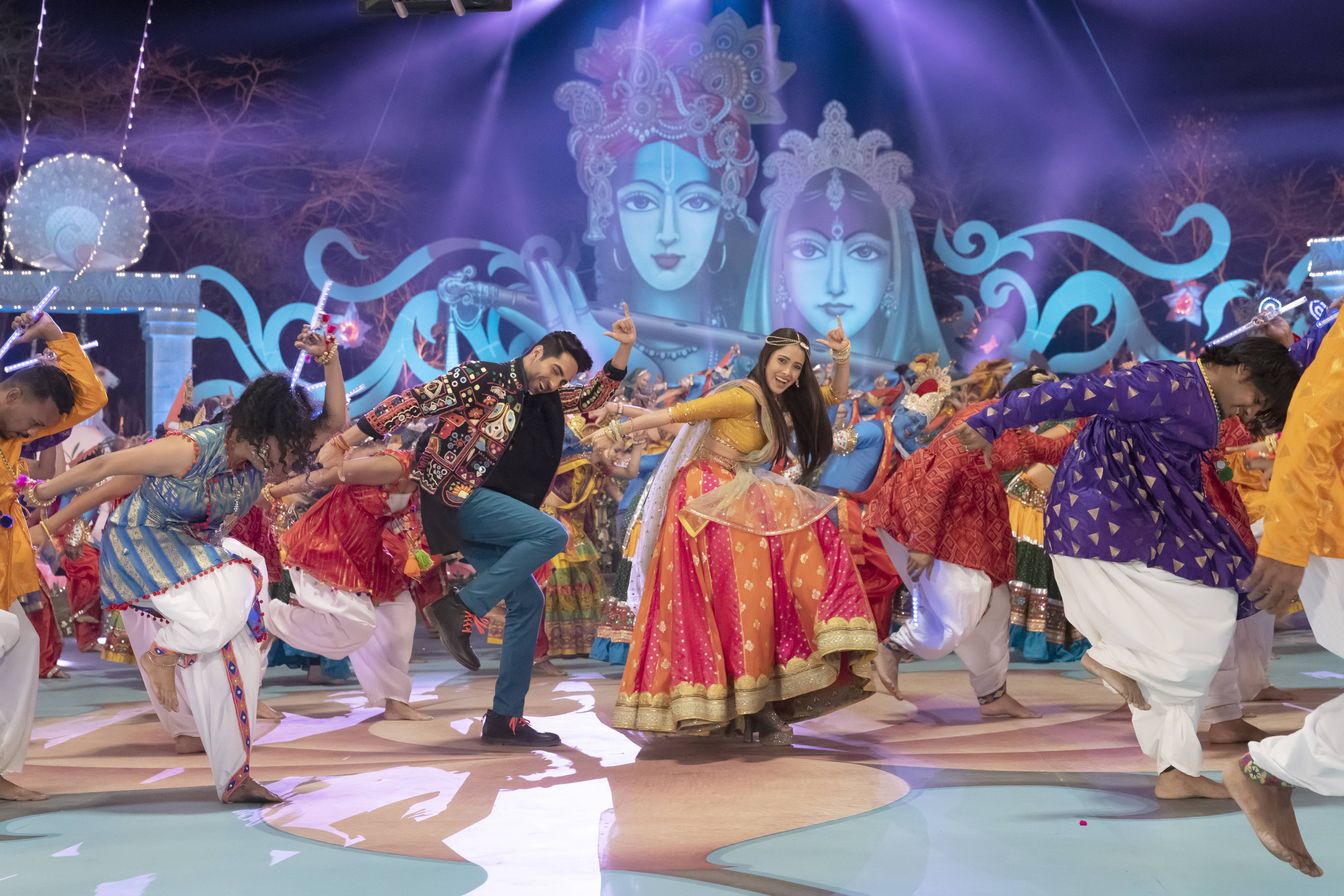 Who has been your favourite actor to work with and why?

This is a really tough one. Oh my god, I can’t pick. With Kartik (Aaryan), there have been four films and insane memories. With Raj (Rajkkumar Rao), Love, Sex Aur Dhokha was my first film so a completely different memory and experience. Really, really close to my heart again. And Ayushmann (Khurrana) has been such a refreshing experience to work with and such a different film. I genuinely enjoy his body of work so much that I had a little bit of a fan moment. So I can’t pick!

What would your message be to young actors who are entering the industry?

Exactly what I have done and lived by. It will need hard work every second of the day. Do not pull back from it, ever. Everything you do, consider it an investment in yourself. Even if you have to sometimes do somebody else’s job, do it. Pick up that extra brick if you have to. Second, definitely know the reason why you’re doing it. For me it’s my passion for it. For you it could be anything - fame, money, anything. Pick your reason and stay true to that reason. And third, be honest.