Malayalee megastar Dr. Mammootty’s fans in Singapore were in for a treat when the actor visited the island nation to celebrate Onam Nite 2019 last week.

At an event presented by Singapore Malayalee Association and produced by Asianet, in collaboration with Esplanade Theatres on the Bay, Padma Shri Mammooty made multiple brief appearances on the stage at the August 24 event to wild cheers and whistles from the close to full-house audience.

The evening was full of entertainment, song and dance as Onam was celebrated with great gusto. 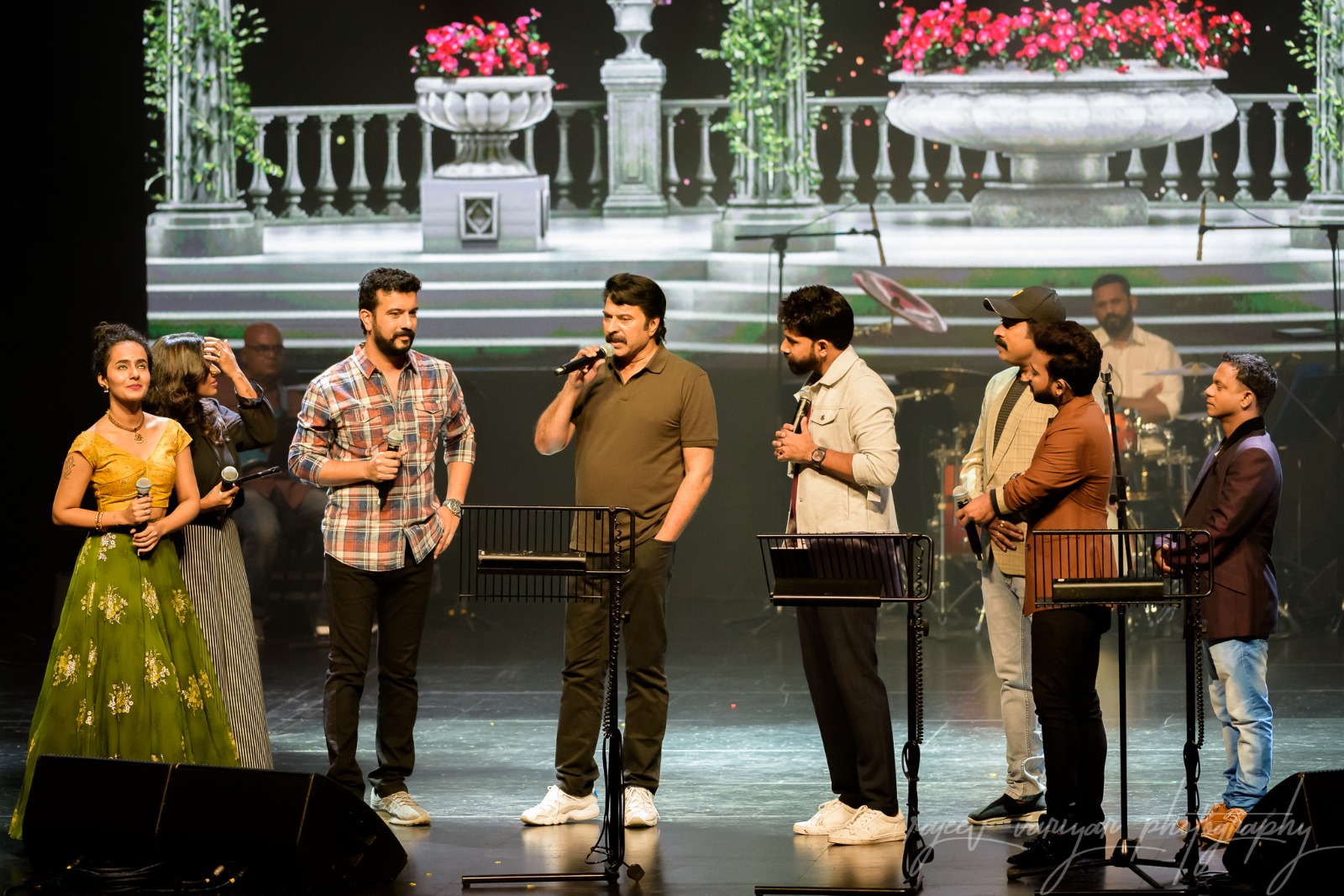 Mammooty serenading the audience during one of his appearances on stage. From left to right: Kavya Ajit, Ramesh Pisharody, Mammooty, Karthik, Suraaj, Harishankar and Dharmajan. Photo courtesy: Rajeev Variyar

​Taking the audience on a musical journey through popular melodies were youth icons Karthik, Sithara, Kavya Ajit and Harishankar (whose song Jeevamshamaayi from Theevandi was a chart-buster). 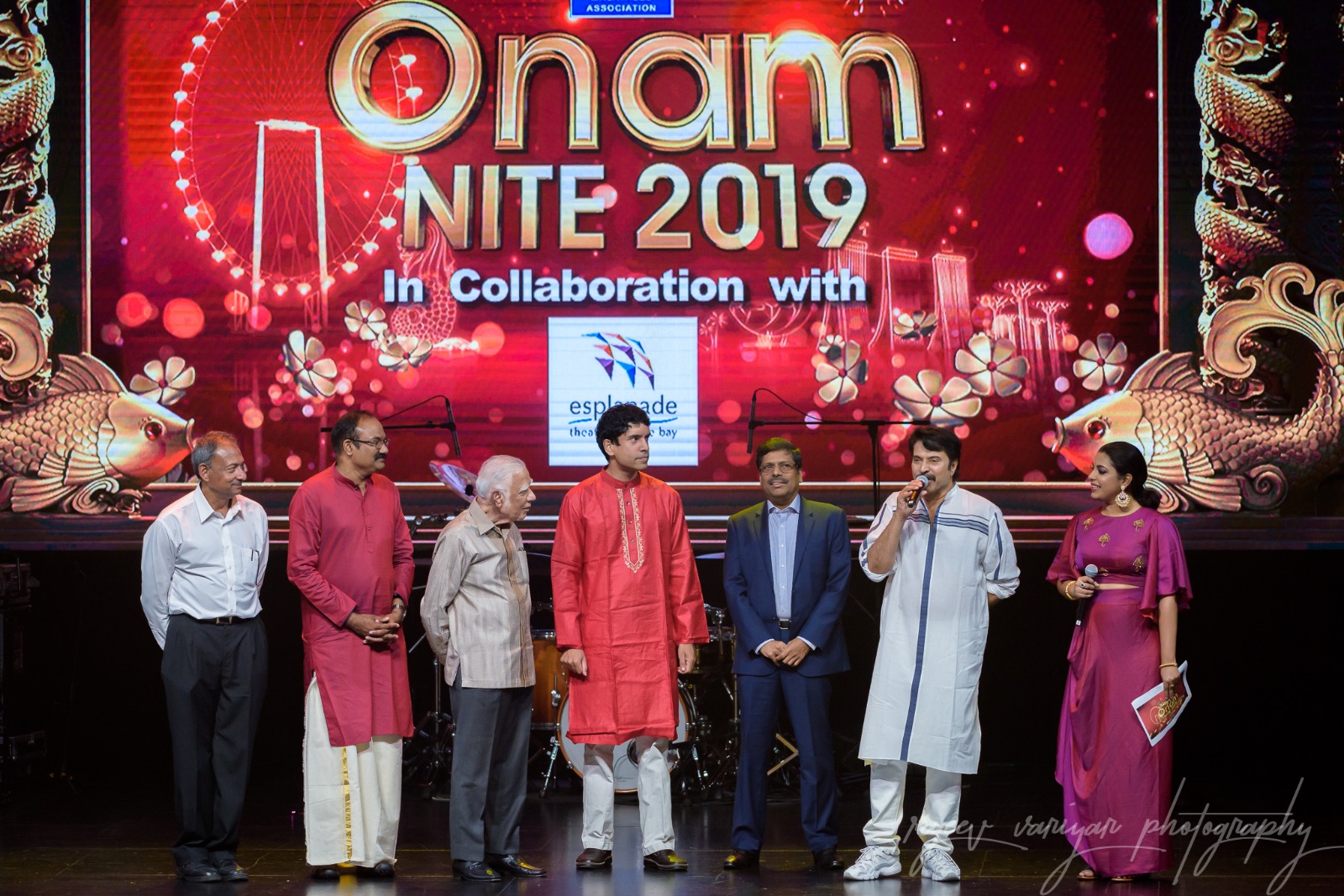 There were also dance performances by Asha Sharath, Shamna Kasim and Archana, who danced to both cinematic numbers as well as semi-classical songs, ably supported by a team of passionate dancers from Singapore. 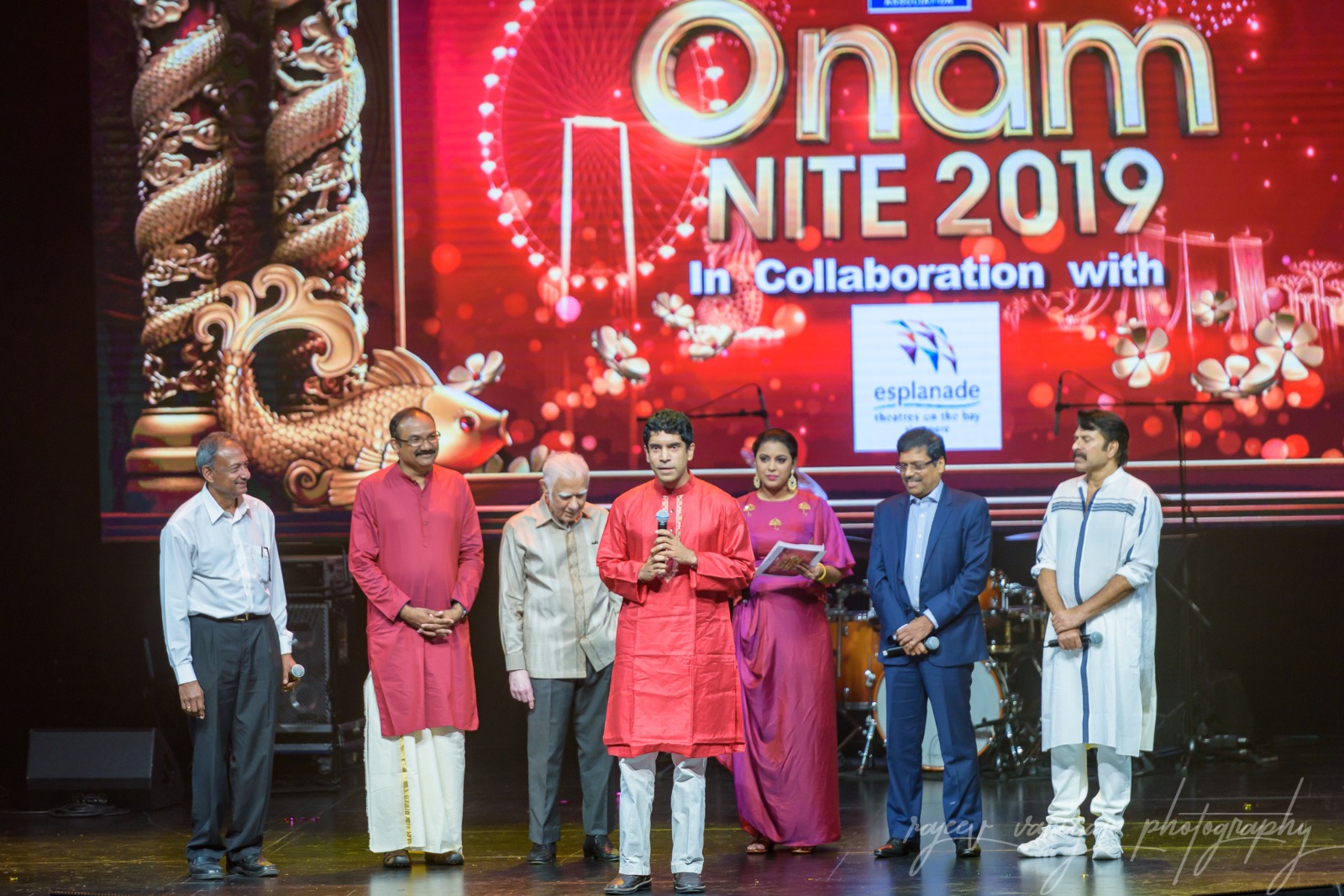 The comic relief on the evening was provided by the likes of Suraj Venjaramoodu, Ramesh Pisharody, Dharmajan, Tini Tom, Nobi and Pashanam Shaji. 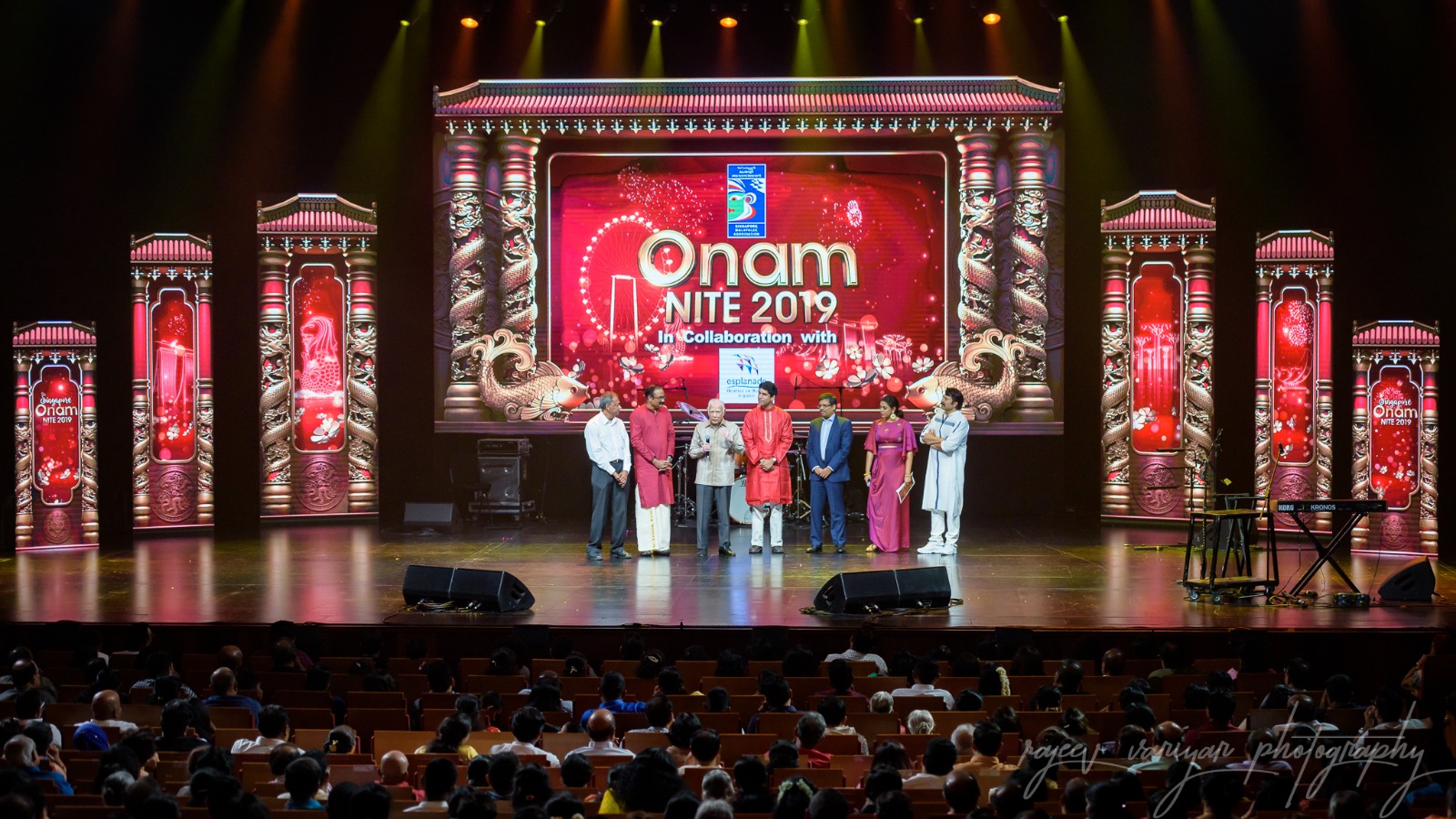 The annual affair organised by the Singapore Malayalee Association is always a gala event which has featured Malayalee stars such as Mohanlal, K. J. Yesudas and K.S. Chitra among others in the past.