The Singapore government’s decisive action recently in a dispute triggered by a poorly scripted advertisement effectively calmed an evolving situation that could have hurt the balance between races which the city-state’s administrators had achieved remarkably over the years.

The so-called “Brownface controversy” was triggered by an E-Pay advertisement campaign for e-payments that was pasted all over Singapore to show people from all races living in Singapore were using or could use e-payment services. 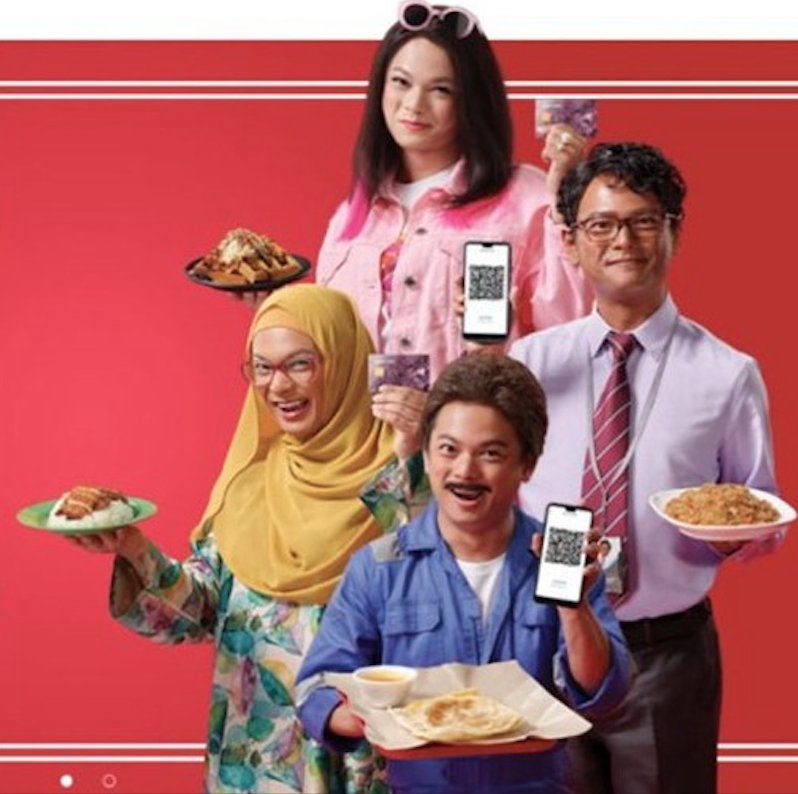 The Easypay print ad that caused the storm. Screengrab courtesy: You Tube

Ad agency Havas Worldwide had Mediacorp artist, DJ Dennis Chew, portraying stereotypes from multiple races - as a Chinese businessman, cross-dressed as a Chinese woman, as a Malay lady wearing a tudung, and then as an Indian man by colouring his face to make it several shades darker. It was a light hearted portrayal of multiple characters, they said. However, the social media outrage it caused and the backlash it got for yet again darkening a face to portray an ethnic minority was anything but light-hearted.

The coloured Indian face got the most backlash, leading to the advertisement being pulled from the E-Pay website as well as from many parts of the city-state. Apologies were issued by Havas and by broadcaster Mediacorp through its celebrity management wing.

But the controversy did not die there. Siblings Subhas Nair and Preeti Nair (who goes by the name Preetipls and is tagged as a social media influencer in her posts) responded with an angry, expletive-filled rap video against the local Chinese community titled “K Muthusamy”, shot against a backdrop of the E-Pay ads. The name K. Muthusamy was picked from the lanyard worn by the dark-toned Indian office worker portrayed by Dennis Chew.

The video, laden with offensive language, went viral and a police report was lodged against it.  The Singapore government quickly stepped in to quell the tension with a range of actions, which was unsurprising. The 1964 and 1969 race riots were the worst faced by the nation just before and after Independence in 1965. Possible disruptive incidents caused by race issues have been nipped swiftly and decisively in the bud over the past 54 years by the Singapore Government.

True to form, the Infocomm Media Development Authority (IMDA) stepped in and issued a notice to the rap video's publishers to take it down, which they did. The public was also advised not to further circulate it as it was now a police case.

"IMDA has assessed that the video by Preetipls and Subhas constitutes prohibited content under the Internet Code of Practice, that is objectionable on grounds of public interest and national harmony," said an IMDA spokesman. 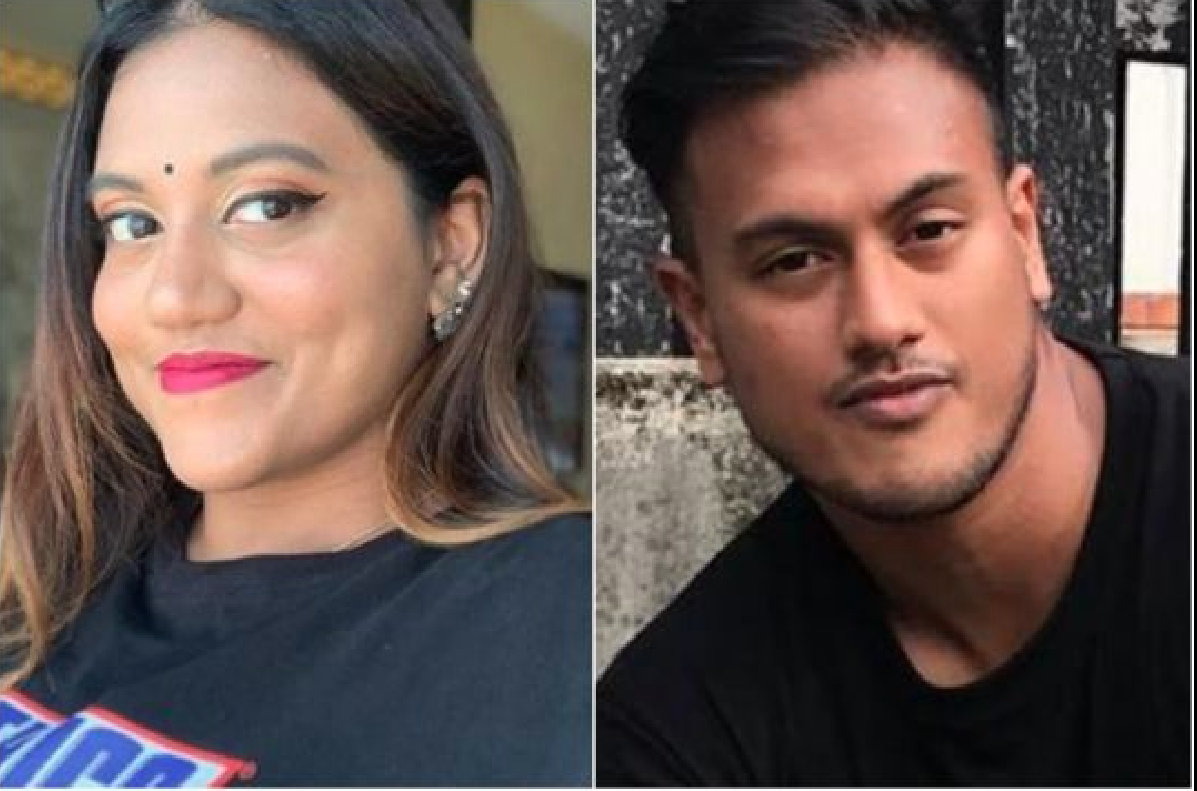 Singapore’s Law and Home Affairs Minister K Shanmugam called the local rap video “unacceptable” and said that it had “crossed the line”, launching a police investigation and curtailing the circulation of the video.

"When you use four-letter words, vulgar language, attack another race, put it out in public, we have to draw the line and say not acceptable," Shanmugam told reporters on July 30, a day after the video went public.

The Ministry of Communications and Information also asked social media platform Facebook to take the video down. 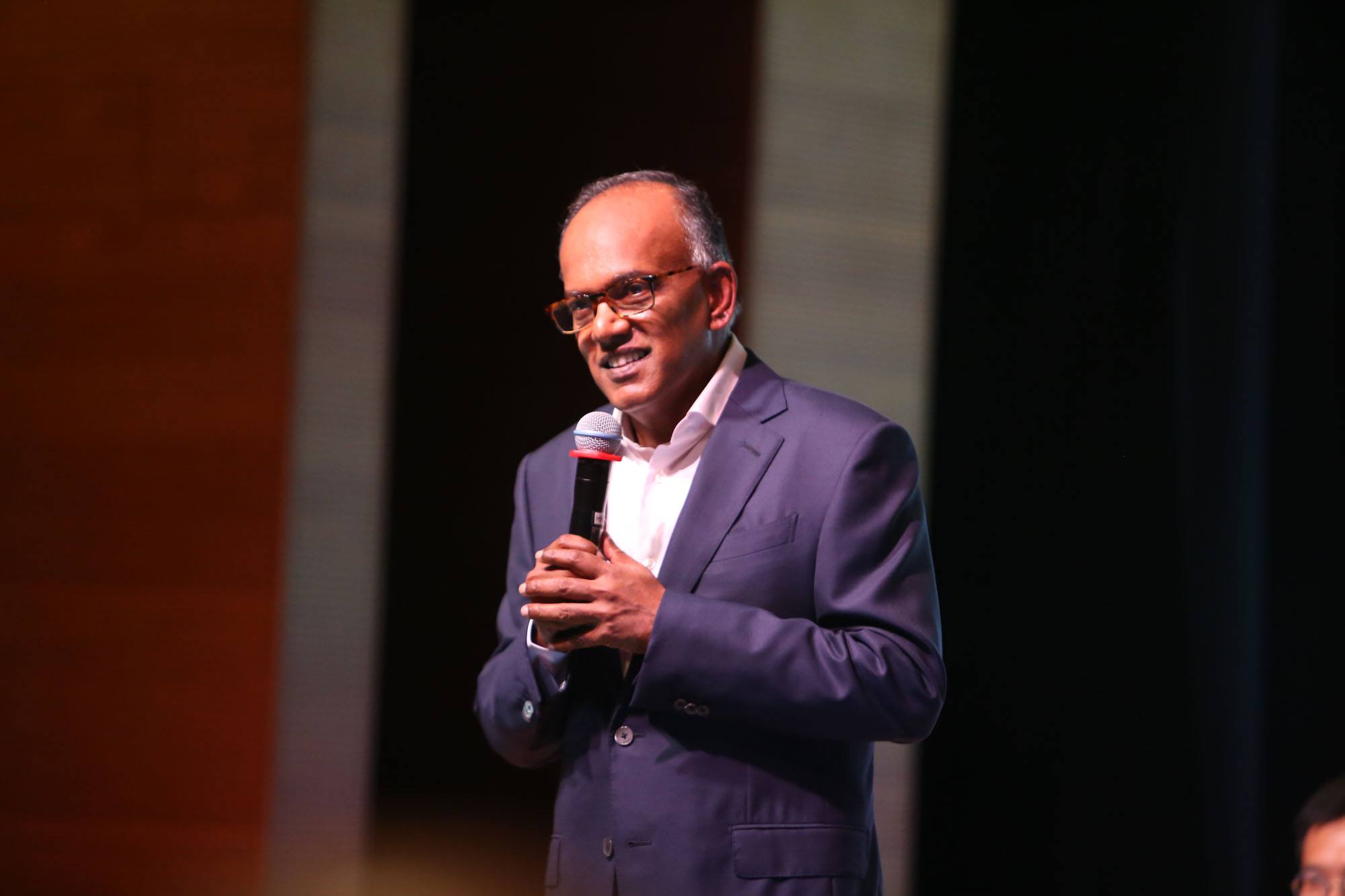 This quick clampdown was because if “speech, songs like this are allowed, slowly but surely, it will get worse,” said Shanmugam adding he took a “zero tolerance” approach to such matters.

Some wondered if the government action was too excessive for a rap video.

“This may be the case, but if this one rap video is allowed, then hundreds of others have to be allowed too. What do you think will happen to our racial harmony? Social fabric? How will people look at each other?" was Shanmugam’s response.

"And suppose you allow this video? Let's say a Chinese now does a video attacking Indians, Malays using four-letter words, vulgar gestures... And let's say there are hundreds or thousands of such videos. How do you think the Indians and Malays will feel? Would people feel safe? Will the minorities feel safe? There are good reasons why Singapore is different, why there is racial harmony here, why all races feel safe, why minorities feel safe. And we must maintain that, we will maintain that," he added.

He had support from Member of Parliament and Second Minister for Finance and Education, Indranee Rajah, who wrote in a local paper that though Singapore had racial and religious harmony it did not mean that there are zero issues.

“Issues of race, religion and cultural differences do exist, as reflected by the various surveys from time to time,” said Rajah. “If you allow one, you have to allow others. There would be a ratcheting up of the decibel level. Words would be spoken that cannot be unsaid; hurts would be inflicted that cannot be easily healed. And that would be the start of the downward spiral to hate. We see this happen time and time again in other countries. We are determined not to go down that route.”

There were others who criticised the ad and the video for their lack of sensitivity and offensive content.

Institute of Policy Studies’ senior research fellow Mathew Mathews said, “For an audience which does not know the entire context, may not be a fan, and doesn’t understand all your good intentions, they could see it as being very insulting.”

By talking about the entire Chinese community, rather than just critiquing those who were responsible for the “brownface” advertisement, he opined that, “The video is a racist way of addressing racism, which I think is done in very poor taste.”

Chairman of racial harmony advocacy group OnePeople.sg and Senior Minister of State for Communications and Information, Dr Janil Puthucheary, said, “As the performers suggest, two wrongs don’t make a right. They do not seem to have heeded their own advice. We did not get this far in race relations by trading one offence for another. We are better than either of these two examples. I find them both unacceptable.” Janil also pointed out that the advertisement was “inappropriate, ill-judged and in poor taste”.

Minister for Culture, Community and Youth Grace Fu said that in a multiracial society like Singapore, “It is a constant work in progress, and we must always strive to do better. Mistakes will sometimes be made that cause mis-understanding and hurt among people. But as a society, let us resolve such issues in a spirit of mutual respect”.

After the first apology, Havas apologised again. Later Mediacorp and Havas issued a joint statement on July 28. E-Pay, the organisation for which the ad was created, also apologised. The Nair siblings issued a first apology which was deemed insincere by the Ministry of Home Affairs (MHA) as "mock, insincere" because it was "a spoof of an earlier apology issued by Havas". The duo then released a second sincere and unconditional apology.

Ironically, the ad had not breached any of the rules set by the Singapore Code of Advertising Practice (SCAP), so after the controversy the code is being reviewed to ensure that marketers pay special attention to racial and religious sensitivity.

“ASAS plans to issue a recommendation that marketers ‘take special care’ when their projects involve race and ethnicity. The upcoming SCAP will include guidelines for advertising in the digital space such as social media,” the Advertising Standards Authority of Singapore (ASAS) chairman Ang Peng Hwa told The Straits Times.

After a lot of posts by Singaporeans asking him to apologise, actor and DJ Dennis Chew finally issued an apology saying he felt terrible about how things turned out. He promised to set higher expectations for himself.

My role in a recent ad has caused much disappointment. For many days I held back what I have to say, afraid of making things worse. I feel terrible about how things turned out. I cannot undo things but I would like to say to everyone, I am deeply sorry. We live in a harmonious multiracial society and we must never take it for granted. I will set higher expectations of myself. I will do better by my family, friends, colleagues and most importantly, all of you.

Multiracialism is a fundamental character of the nation of Singapore. Incidents such as these threaten the harmony that has prevailed between the different communities in the island nation for years. Ensuring checks and balances and “knowing our blindspots” as PM Lee Hsien Loong once noted, is the route to maintain peace and harmony in such an ethnically diverse nation.