Madame Tussauds Singapore paid tribute to legendary Bollywood actor Sridevi on her birth anniversary with the launch of her wax figure. August 13 marks the 56th birth anniversary of Sridevi, who died in a tragic drowning accident in her hotel bathtub in Dubai on February 24, 2018.

As a tribute to Bollywood icon, we are pleased to announce that we will be launching her wax figure in early September this year! Her figure is one of its kind in the world, and it’s an exclusive addition to Madame Tussauds Singapore!#Sridevi pic.twitter.com/i7gN3vvGGZ

The one of its kind wax figures is an exclusive addition to Madame Tussauds Singapore and has been created posthumously.

According to the museum, a team of 20 artists worked closely with Sridevi's family over the course of five months to replicate her pose, expressions, make-up and outfit from her iconic song Hawa Hawai from the film Mr. India.

The figure will be officially launched in early September by Sridevi's husband Boney Kapoor and her two daughters, Janhvi and Khushi Kapoor. 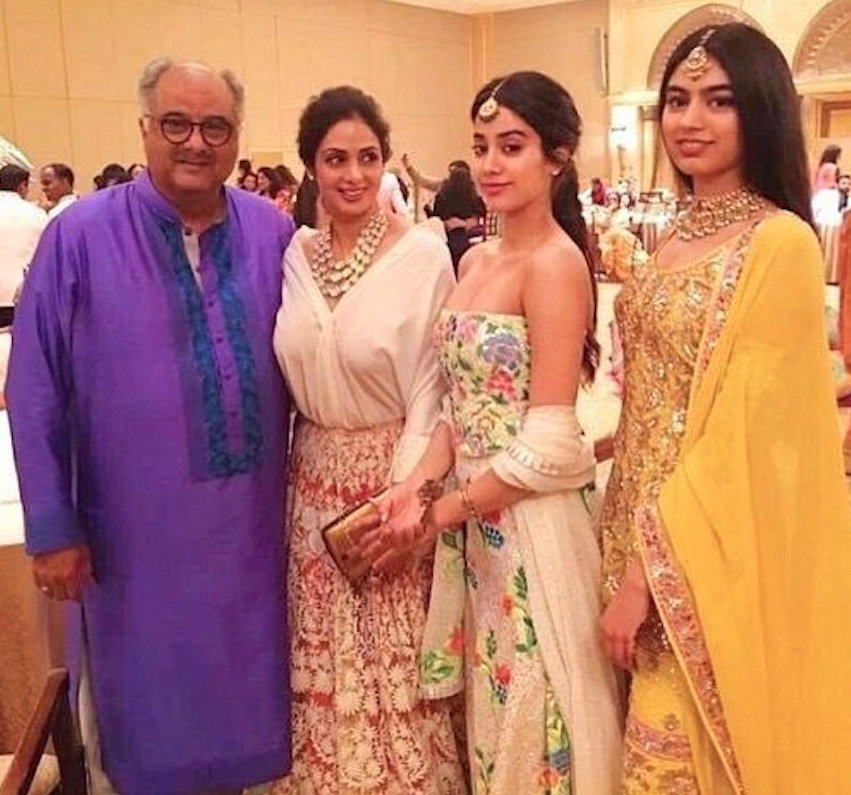 The figure will be officially launched in early September by Sridevi's husband Boney Kapoor and her two daughters, Janhvi and Khushi Kapoor. Photo courtesy: Twitter/@khushi05kapoor

In a statement to the museum, Boney Kapoor said, "I am touched that Madame Tussauds is honouring my wife, Sridevi Kapoor, and her work by having her figure immortalised. I, along with my family will be a part of the occasion when the figure is unveiled in Madame Tussauds Singapore at the Ultimate Film Star Experience. We hope this exhibit can be a place for everybody to continue paying their tributes to her."