Prime Minister Narendra Modi’s decisive move to revoke the special status granted to Jammu and Kashmir under Article 370 has raised many questions about its legality.

Revoking the special autonomy granted to Jammu and Kashmir under Article 370, which, in a nutshell, requires almost all laws and legislative proposals affecting J&K to be ratified by the State Assembly, has been a campaign promise of the Bharatiya Janata Party (BJP) for decades. 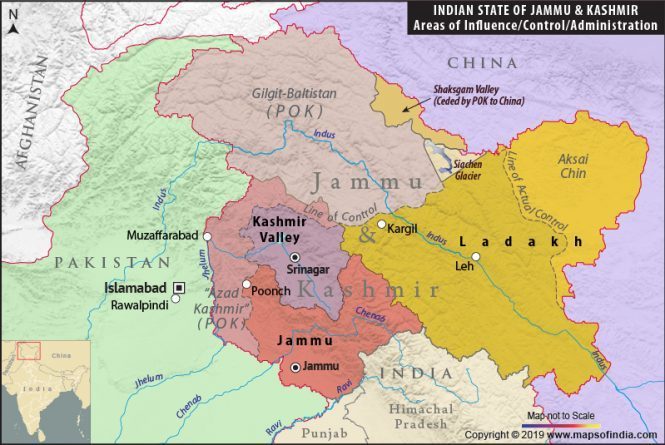 While the reactions to the repealing of special status are mostly positive across the country, the manner in which the government went about doing so has left many alarmed, with lexperts split down the middle. Some legal experts and political pundits were flabbergasted by the circular logic behind the Presidential order, while others found justification in the government’s move.

Jammu and Kashmir has been under President’s Rule after the BJP withdrew its support to its alliance with the PDP, which led to the dissolution of the state legislative assembly in December 2018. The Modi government then filled the void by modifying Article 367 interpreting the Indian Constitution, which allowed the Governor of the state to substitute for the state assembly in ratifying the repeal of Article 370.

He also elaborated that with the state assembly dissolved, it was perfectly legal for the Parliament to wear both hats and pass the law reorganising the state.

“Acting as the State Assembly, Parliament sent the reorganisation bill and acting as Parliament, passes it. There’s nothing technically illegal about it,” he said.

Former Attorney General Mukul Rohatgi also stated that the 1954 order can legally be superseded. “The long and short of Article 370 is that it allows the President of India, who in the Constitution refers to the Central government, to issue a notification. Just as a notification can be issued, it can also be withdrawn,” he said.

Another former Attorney General Soli Sorabjee, however, raised concerns about the legal grounds for the repeal.

"Kashmir is an integral part of India. I don't see anything unconstitutional in the Bill for reorganisation of the state. But the court will have to decide whether the consent of the J&K Governor was enough. It's a grey area," he said.

Under the provisions of Article 370 (3), “the President may by public notification say that the Article 370 is inoperative and ceases to exist”, but the consent of the state assembly is required to ratify such an order.

Lawyer Gautam Bhatia, who has written a blog on the interpretation of the order, asked on Twitter, "If it's the Governor, then given that the Governor acts on the advice of the Central Govt, and the President also does so, basically, Article 370 has been changed by the Central government taking its own consent? Or am I missing something basic?”

Lawyer-activist Prashant Bhushan called the proceedings “unconstitutional” as they were carried out without any participation from the elected assembly of Jammu & Kashmir.