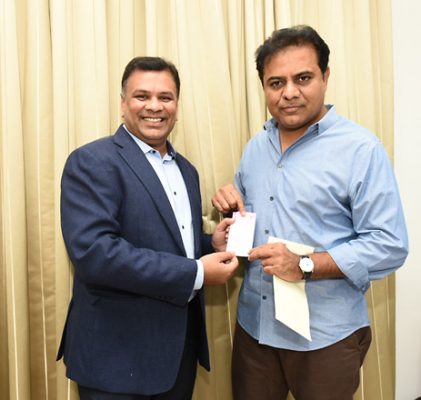 The drive was launched across 40 countries in June by the respective TRS NRI branches.

“Branch presidents and members will take the welfare and developmental programmes of the government to the public through different media and encourage NRIs to join the party,” TRS said in an official statement. TRS NRI wing coordinator Mahesh Bigala was put in charge of coordinating the drive.

Reviewing the enrollments with Bigala, Rama Rao expressed happiness over the membership registrations running into thousands.

Bigala told the media that the TRS working president had agreed to propose an NRI Policy to Telangana Chief Minister and TRS president K Chandrashekhar Rao.