Singapore, UK among countries warning tourists against travel to Kashmir

Amidst the Indian government’s announcement dividing the state of Jammu and Kashmir into two federally-administered Union Territories, many countries across the world have issued travel advisories asking their citizens to be cautious or avoid tourist trips to the region. 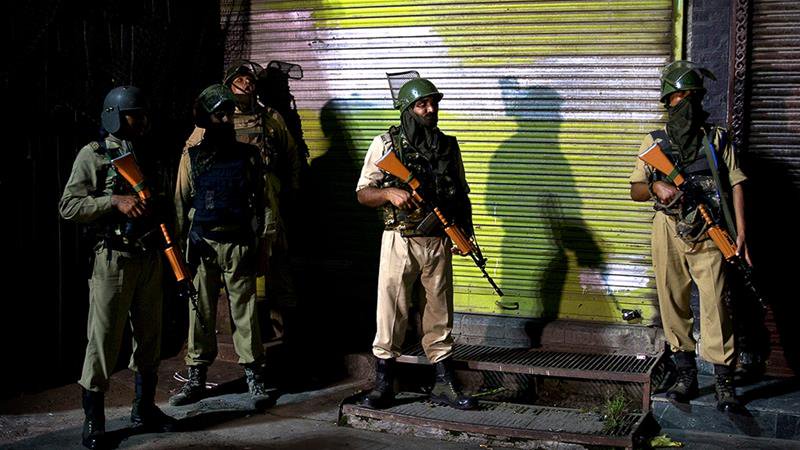 Martial law has been imposed under Section 144 of the Code of Criminal Procedure in the state. Photo courtesy: Twitter/@AJEnglish

Indian Home Minister Amit Shah today announced in the Rajya Sabha (Upper House) of Parliament that the government has decided to repeal Article 370 of the Constitution which grants special status to the state and that the state would be bifurcated into two Union territories – Jammu and Kashmir and Ladakh.

Martial law has been imposed under Section 144 of the Code of Criminal Procedure in the state, with mobile and internet services suspended in certain sections. The Army and Air Force are on high alert as well against terror attacks.

According to Rajya Sabha Chairman Venkaiah Naidu, PDP's Mir Fayaz and Nazir Ahmed Laway were asked to go out of the house(Rajya Sabha) after they attempted to tear the constitution pic.twitter.com/oOEI1MpFld

Singapore, the United Kingdom, Germany and Australia were among the countries who issued travel advisories to their citizens against travelling to Jammu and Kashmir (J&K) after the government issued a security alert in the Valley, citing intelligence inputs on terror attacks, specifically targeting the Hindu pilgrimage, the Amarnath Yatra, which was cut short.

"The Government of Jammu and Kashmir has advised tourists and pilgrims to leave Kashmir immediately because of security threats," the Ministry of Foreign Affairs Singapore said in its advisory.

"Singaporeans currently in Kashmir are advised to leave soonest possible."

The Indian government last Friday asked Amarnath Yatra pilgrims and tourists to curtail their stay in Kashmir and leave the Valley as soon as possible hours after the Indian Army said that terrorists from Pakistan were plotting to carry out an attack on the pilgrimage.

The UK government asked its citizens to "remain vigilant" while travelling in Jammu and Kashmir with the British High Commission in New Delhi also monitoring the situation.

Germany, too, issued an advisory to its citizens discouraging travel to the region.

"Travel to the Kashmir area, including Srinagar, is not advised. Keep yourself informed about the security and infrastructure situation. Be especially careful when travelling to the western parts of the Ladakh region," it read.

The Australian advisory was “against all travel due to the very high risk. If you do travel, you should typically seek professional security advice” and stated that providing consular assistance would be difficult.