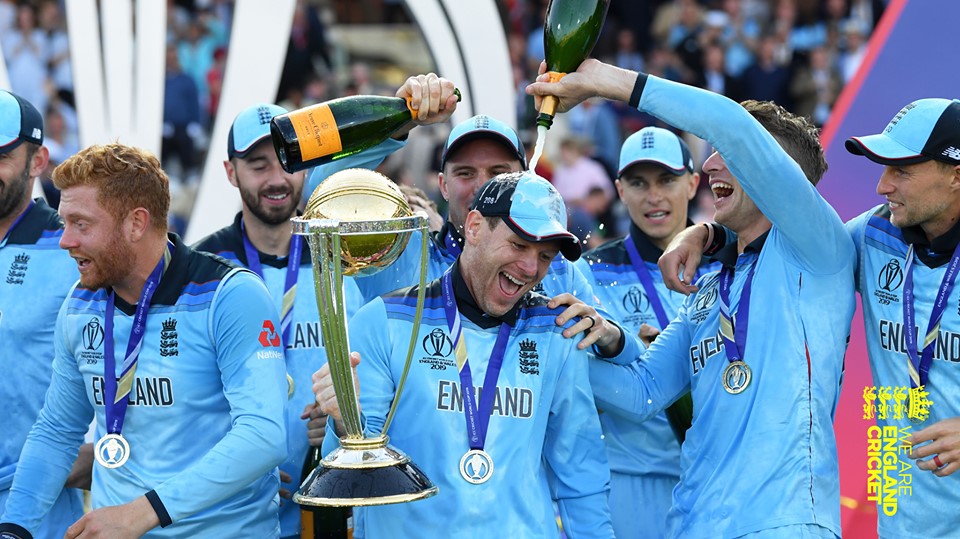 It was arguably the most thrilling ICC World Cup final in the history of the competition. It had it all - nerves, drama, skill, sportsmanship and a literal last ball finish. In the end, England ended their 44 year wait for the coveted ICC ODI World Cup trophy, while New Zealand were left to ponder what could have been.

Winning the toss, New Zealand skipper Kane Williamson elected to bat first, as has largely been the trend through this tournament. Continuing his World Cup to forget, opener Martin Guptill fell early for 19 runs.

However, Henry Nicholls and skipper Williamson began stitching together a useful partnership, with England attacking with all that they had. Nicholls scored the first half-century by a New Zealand opener since the opening game, with 55 off 77 balls.

50 UP FOR NICHOLLS! He's has made a superb start at the @HomeOfCricket. After correctly reviewing an early LBW decision he's played with patience & poise. Running also a feature. Can he go on and make a big one?!#ENGvNZ #BACKTHEBLACKCAPS #CWC19 @PhotosportNZ pic.twitter.com/9p2SfTIhCV

The 74-run partnership between Nicholls and Williamson ended when Liam Plunkett got rid of the dangerous skipper for 30, and soon after that sent Nicholls packing as well.

In the first of what was to be many moments that left New Zealand rueing their poor luck on the day, Ross Taylor was given out lbw, despite ball-tracking showing the ball going over the top of leg stump. The Kiwis were struggling at 141/4.

A vital 47 off 56 balls by Tom Latham, aided by a useful 19 by Jimmy Neesham, saw New Zealand reach 241/8 - a modest total but the Kiwis confident of defending it.

The dangerous Jason Roy fell early in England’s chase, dismissed by Matt Henry. New Zealand had another one of their ‘bad luck’ moments of the day when Colin de Grandhomme dropped a fairly regulation catch of Jonny Bairstow off his own bowling. However soon Joe Root, who was struggling to find any rhythm, fell to de Grandhomme, who ended with figures of 1/25 after bowling all his 10 overs on the trot.

Bairstow went next, dismissed by Lockie Ferguson for 36, and soon after the bowler turned catcher with a brilliant bit of fielding to get rid of skipper Eoin Morgan. England 86/4 and with the World Cup looking more and more like a distant dream yet again.

Just when it looked like New Zealand were going to do to England what they did to India in the semi-final, Jos Buttler and Ben Stokes stood up to the plate and did what the Indian middle order failed to do in Manchester.

Together, the pair put on a 110-run partnership, which lifted England from the depths of despair and set them back on course towards the World Cup trophy.

This is unbearably tense.

However, the match once again swung back in New Zealand’s favour. Buttler eventually fell for a well made 59 off 60 balls and when Chris Woakes, Liam Plunkett, and Joffra Archer fell in quick succession, Stokes was fast running out of partners to finish the task at hand.

The over that changed the game

Come the last over, and England needed 15 runs with 2 wickets in hand - the Kiwis could almost taste World Cup glory and England’s hopes rested on the broad and capable shoulders of Ben Stokes.

That’s when came the moment that left New Zealand wondering if the gods of fate had decided that World Cup glory was not meant to be for them on the day. Stokes, diving to complete his second run, inadvertently diverted Martin Guptill’s throw off his out-stretched bat. And much to New Zealand’s horror, the ball went straight past a grasping Tom Latham to the boundary. There was a stunned silence from the Kiwi crowd and a roar from most of Lord’s as the umpires awarded this as 6 runs - something that has since been questioned due to the ambiguous wording of ICC’s laws.

The law states: "If the boundary results from an overthrow or from the wilful act of a fielder, the runs scored shall be any runs for penalties awarded to either side, and the allowance for the boundary, and the runs completed by the batsmen, together with the run in progress if they had already crossed at the instant of the throw or act."

In other words, since at the moment the ball was released by Guptill, Stokes and his partner, Adil Rashid, had not yet crossed for their second run, should England have been given 5 runs and not 6?

Williamson though refused to blame the incident for their loss. "You can't sort of look at that and think that perhaps that decided the match. There were so many other bits and pieces to that game that were so important. When it comes down to a tie, you start looking at every single delivery, don't you? It was a pretty tough pill to swallow that when we were looking pretty likely with Trent bowling really, really well, so one of those things," he said.

Irrespective, 6 runs it was, with Ben Stokes profusely apologising to Williamson for the inadvertent diversion. England were back in the game with 3 needed off the last 2.

Oh my word. The match is tied and we will have a Super Over to decide the World Cup final.

There was no keeping the Kiwis out of the game. Boult calmly orchestrated two consecutive run outs of Rashid and then Mark Wood, to tie the game and send the match into a Super Over, as an exhausted Stokes looked on in disbelief - his innings ending at 84* off 98 balls.

For the first time in the history of the tournament, the final went into a Super Over, with England batting first. Nerves were running high at Lord’s, fans (Kiwi and English alike) in disbelief at what was happening on the field. A 100 overs and you couldn’t split the two teams down the middle.

Jos Buttler and Ben Stokes, who rescued England earlier, are back out for the Super Over.

The hosts opted to send out their heroes of the match Stokes and Buttler while the Kiwis picked their best bowler Boult for the Super Over.

Buttler and Stokes managed a boundary each to leave New Zealand 16 runs to win the World Cup.

England have made 15 off the Super Over! Is it enough?#CWC19Final | #CWC19 pic.twitter.com/YDG3guXvfL

Guptill and Neesham were nominated to complete the task with star England bowler Archer (who wasn’t even in the original England squad named for the World Cup) bowling.

Young Archer was clearly feeling the nerves and began with a wide. And when Neesham smacked Archer into the stands for a 6 off the second legal delivery of the over, the English fans at Lord’s had their heads in their hands.

With 7 runs needed off 4 balls, Archer began to pull things back. Despite a couple of stumbles from the English fielders, it came down to 2 needed off the last ball, with Guptill on strike.

A yorker by Archer had Guptill hitting straight towards the midwicket fielder and then scrambling to take two runs but falling well short as Buttler completed a full-length stumping to end what was a match for the history books.

A World Cup final has just been tied off 50 overs, tied off the Super Over, and decided by superior boundary count.

102 overs and there was still nothing separating the two teams - the Super Over also ending in a tie - England winning the 2019 World Cup on a higher boundary count and ending their over 4 decade long wait for World Cup glory.

"All the hard work over four years to get here, and to be champions of the world is an amazing feeling. Playing against New Zealand is always a great event to be a part of. They're a seriously good team, they're a bunch of good lads. I spoke to Kane, I apologised (for the deflection for overthrows)," said Ben Stokes after the game.

New Zealand were left contemplating the little moments of luck that didn’t go their way. The irony of the fact that the hero of the match Stokes was born in Christchurch not lost on them.

“I'd like to thank the New Zealand team for the fight they showed to keep us in the tournament, and get us this far. A tie in the final. So many parts to it. The players are shattered at the moment. Obviously it's devastating. They've performed at such a high level through the tournament," said Williamson.

This was New Zealand’s second consecutive loss in a World Cup final, but they can certainly walk away from the tournament with their heads held high - a grand performance, sportsmanship and grace in their loss and running England right down to the wire to produce a nerve-wracking end to the tournament.

What a way to script history! 🙌

Rollercoaster of emotion, that’s why we love this sport 🏏 @englandcricket that will go down as a classic, congratulations 👍🏽 #CWC19 #ENGvNZ pic.twitter.com/d9xfi4VsxD 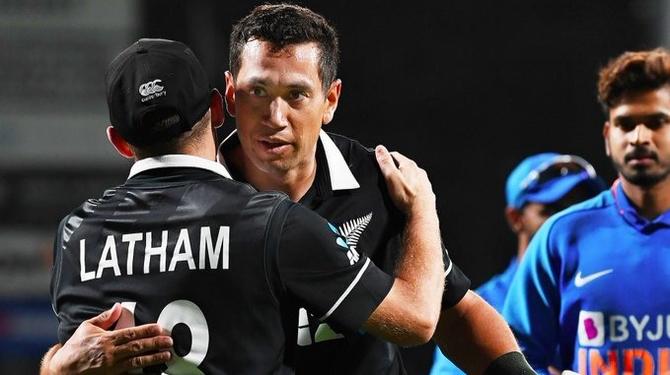