The annual UK-India Awards, which commemorate people and organisations who have had an impact on UK-India ties, saw a host of Indian expats in the limelight. 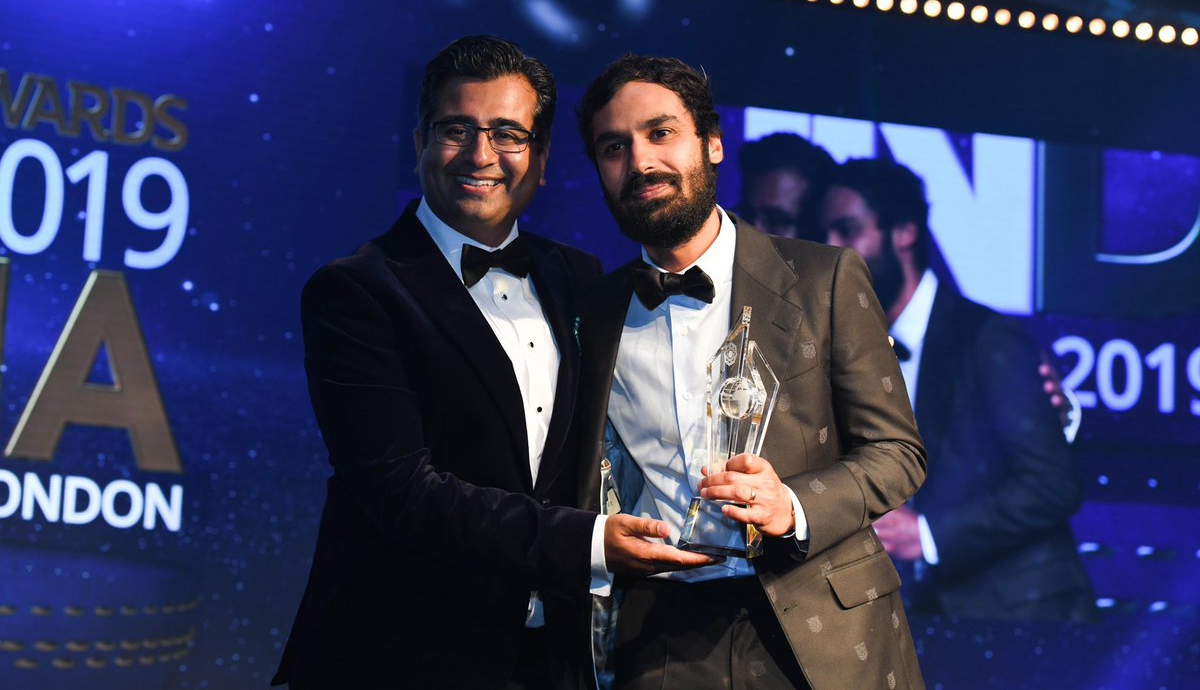 The awards included wins for Indian hospitality start-up Oyo in the Market Entrant of the Year category, British Indian actor Kunal Nayyar (best known for his role as Rajesh Koothrappali on the US sitcom 'The Big Bang Theory'), as Global Indian Icon of the Year and Indian-origin peer and Cobra Beer founder Lord Karan Bilimoria, who was presented with a special Significant Contribution to UK-India Relations Award.

"The UK is a wonderful global power and if there is a special relationship, it is with India," said Bilimoria.

‘If you want to far, go together; And the UK and India will go far’ inspiring words from @Lord_Bilimoria who received the Publisher’s Choice Award for Significant Contribution to UK-India Relations @ UK-India Awards #UKIndiaWeek19 pic.twitter.com/VnX4GWlBrL

The awards marked the conclusion of the annual UK-India Week, which kicked off on Monday with the first-ever India Day in the Houses of Parliament in London and a three-day Global Leaders’ Summit of panels, speeches and discussions among prominent policy makers and business leaders across the US, UK and India.

Now in its third year, the award winners were selected by an all-women judging panel for the first time, including Director and Chief Counsel of Rolls-Royce plc Deborah D'Aubney and prominent Indian-origin anti-Brexit campaigner Gina Miller.

Veteran British journalist Sir Mark Tully was presented with a 'Lifetime Achievement Award' for his contributions to the UK-India relationship.

Tully, the former Bureau Chief of the BBC, New Delhi, received a standing ovation from the gathering.

"I owe a great debt to India and I have been rewarded way beyond my expectations," said the 83-year-old, who has been previously knighted by Queen Elizabeth II in the UK and conferred with the Padma Bhushan in India.

The Start-up of the Year Award, sponsored by Indian software services major Infosys, was won by Maanch, a new platform that matches funders and receivers to accelerate global sustainable development.

Making a point at @IndiaIncorp India Inc.’s epic #UKIndiaAwards - “The talents of women have either been unnoticed or unsupported. It’s time to correct the attitudes of the past and raise aspirations for the future.” pic.twitter.com/iOohJuw5fA

"All the winners and nominees are inspirational figures at the cutting edge of technology, innovation, business, international relations and culture, who are doing amazing work in making that UK-India partnership a truly winning one," said Manoj Ladwa, Founder & CEO of India Inc, the organisation behind the awards.