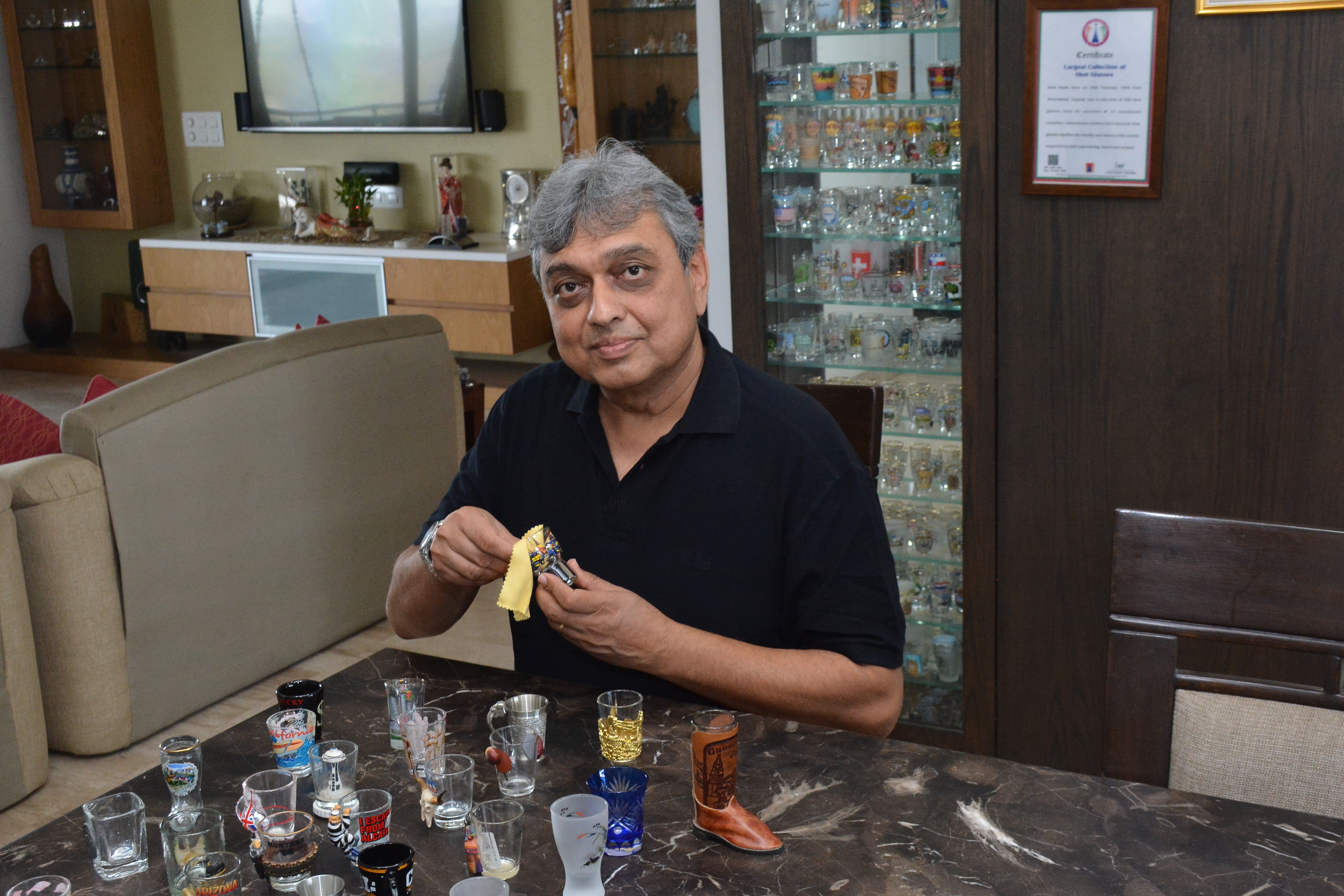 They call him the ‘Glassman of Gujarat’. Well, globe-trotters are a dime a dozen but India’s Amit Doshi is a jet-setter in a class, or rather ‘glass’, apart.

The 58-year-old seasoned business consultant based in Ahmedabad city holds the world record for possessing the largest collection of shot glasses used for measuring spirits.

In a specially-made 10-feet-by-4-feet double-sided glass cabinet at his museum-like home, scores of neatly-arranged small, sparkling glasses from all over the world, including Singapore, the United States, the United Kingdom and Dubai, vie for attention.

Doshi has, indeed, acquired as many as 550 unduplicated shot glasses from 95 countries during his official and personal foreign trips over the past 20 years, to be honoured and registered by the exclusive, international Golden Book of World Records. 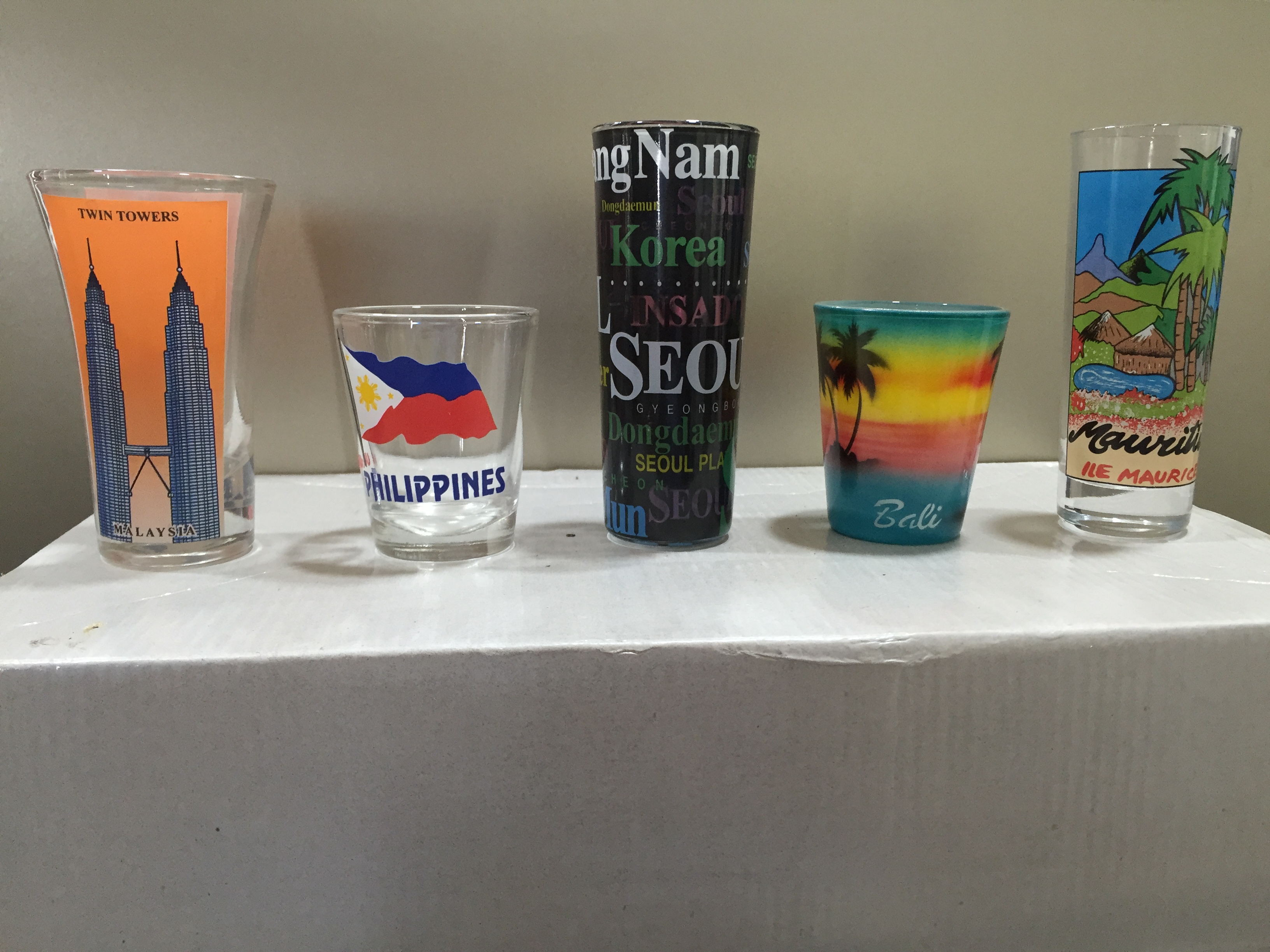 Since the whole jingbang comprising eye-catching nip glasses of all types - including pony, tall, fluted, cheaters and rounded  - cannot be accommodated even in his 18-layer showcase, he has some of the mementos in different rooms of his spacious apartment.

Though each and every shot glass is a reveller’s delight and scarcer than hen’s teeth, the wondrous jiggers from 20 Muslim-majority countries like Pakistan, Afghanistan, Tajikistan, Uzbekistan, Turkmenistan, Kyrgyzstan and Kazakhstan among others take your breath away. 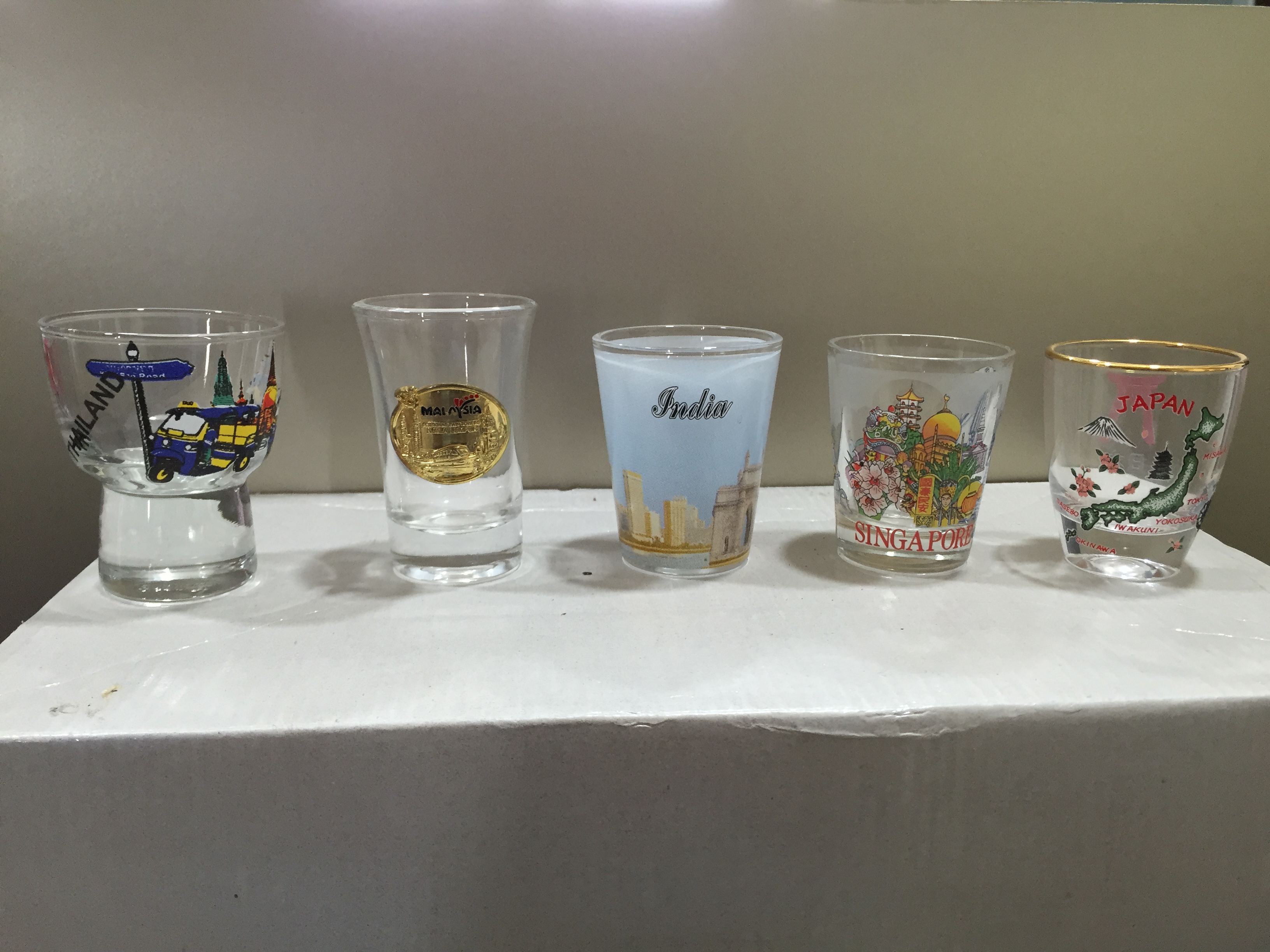 If the Malaysian metallic mug with a handle in the form of an elephant trunk mesmerizes you, no less attractive are the transparent collectibles with their outer surfaces covered with a bird (New Zealand), a lizard (Costa Rica), a gun (Las Vegas, US), a scorpion (Arizona, US) and a bull horn (Texas, US).

Some of Doshi’s priceless curios with strange shapes include one resembling the Leaning Tower of Pisa (Italy) and a cowboy shoe (Mexico) as well as a three-dimension souvenir from The Vatican.

While some shot glasses depict a camel (Dubai), an autorickshaw (Thailand), a marathon runner (Greece), and a dragon (Hong Kong), at least a dozen are decorated with national flags of their respective countries with a few also paying tributes to Mozart, John Lennon and Mao Zedong.

An impulsive buyer that he has been from the day he laid his hands on his first shot glass in the US in 1997, Doshi does try to strike a hard bargain with a seller but has never batted his eyelid in shelling out anything from Rs650 to Rs7,000 to grab any shot glass representing that country’s culture and traditions. 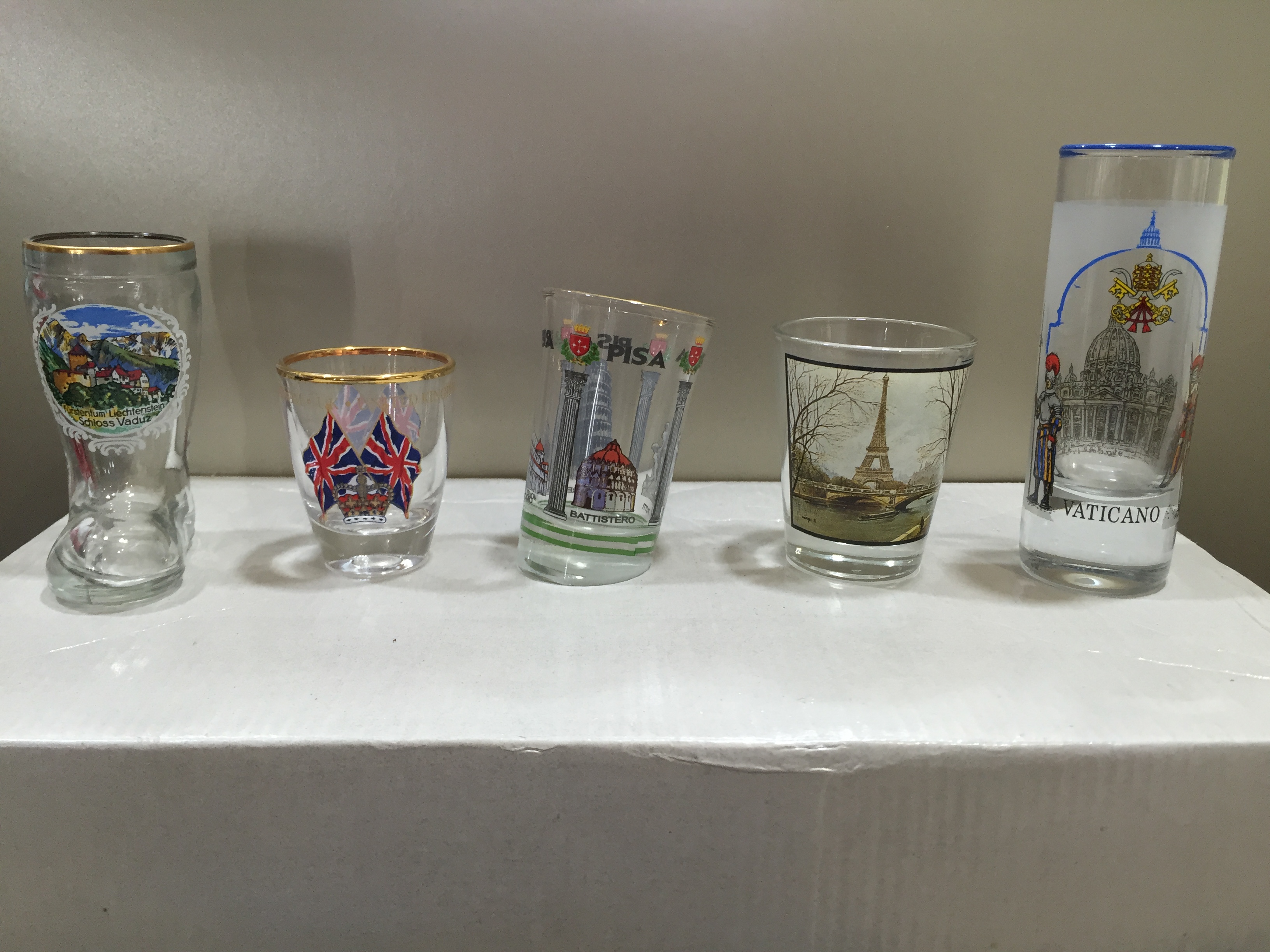 Riding his hobby-horse, the self-effacing connoisseur told Connected To India that he always went eyes out to find at least one rare shot glass from the country he visited and would be on cloud nine whenever he spotted a classy, colourful shot glass.

Some of his 550 new-fangled shot glasses have been gifted to him by his non-resident Indian friends spread all over the world who are aware of his craze for these transparent objets d’art.

His wife Sonal, who now supports him after initially disliking the hubby’s time-consuming shot glass mania, recalled how Doshi sat with a Japanese artisan for three hours to have an eye-catching souvenir readied using the etching technique.

Sonal narrated several incidents to explain how he helped a Singaporean boy selling plain glasses to turn rich and self-dependent by painting his no-frills wares, and how he quoted chapter and verse from world history to persuade a South Korean squabbling couple owning a curio shop to overcome negativity.

Even after so many years, all the shot glasses look spic and span as Doshi wouldn’t allow anyone to touch his fragile memorabilia and takes extreme care while cleaning them himself regularly, a drudgery he loves despite his busy work schedule.

“Money and job do not give satisfaction. People should have a passion for something in life which gives them a reason to live cheerfully. A hobby like mine needs patience and determination,” says the Glassman who has just returned from Russia with more wondrous shot glasses.