Harmonisers with a bleeding heart

India’s Swamibapa pipe band is not your trendy troupe of long-haired lip-splitters strutting their stuff by belting out ear-splitting music to make hay.

Indeed, the selfless pipers, drummers and drum majors of this 63-year-old offbeat musical ensemble - most of them Non-resident Indians or persons of Indian origin - are all virtuosi par excellence and also men of virtues. 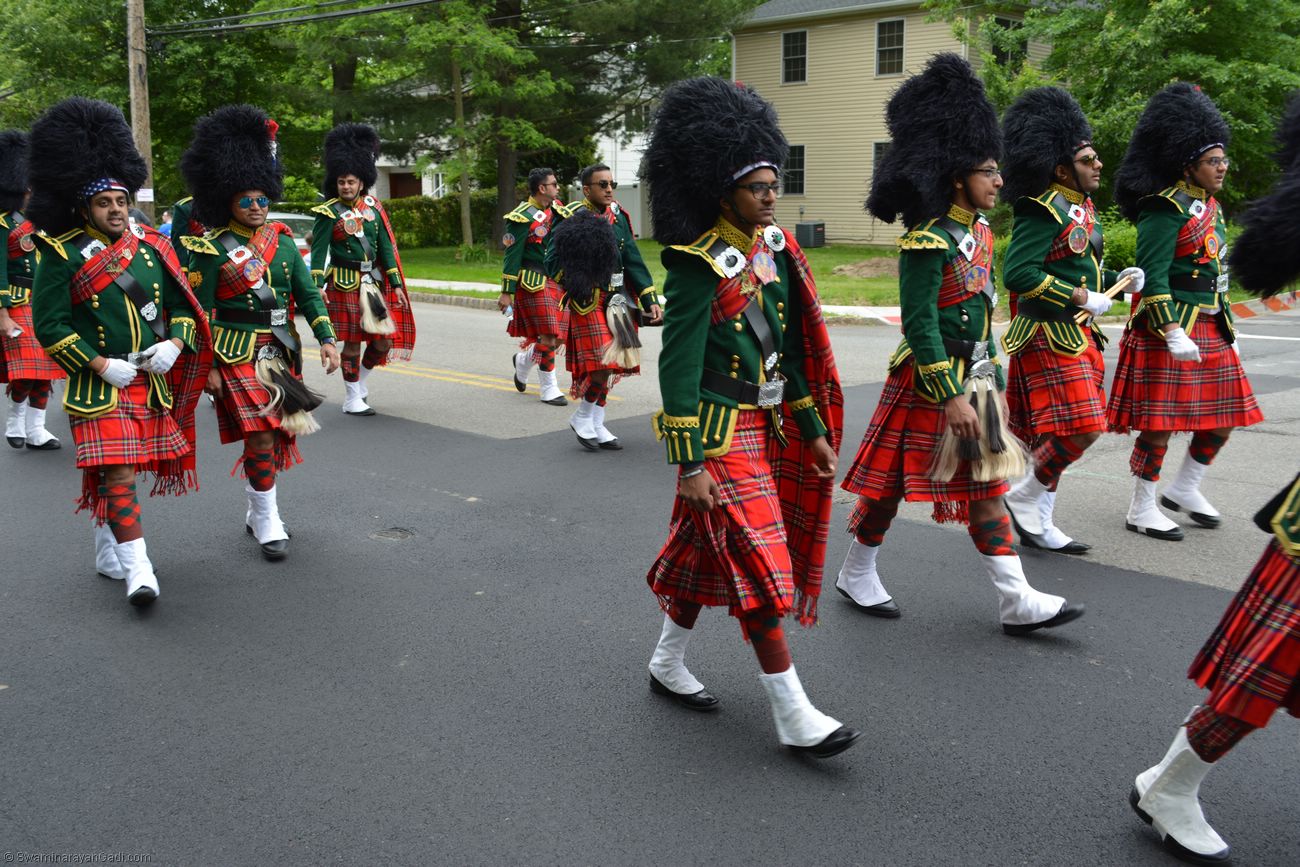 The Swamibapa Band members walk through streets with a pep in their step. Photo courtesy: MSSGS

The world’s first international traditional Indian-Scottish bagpipe band performs not just at rare religious and cultural events but also rises to the occasion by rushing to the scenes of natural disasters and raising funds for the needy in a jiffy, besides creating awareness about important local as well as global issues.

The Shree Muktajeevan Swamibapa Pipe Band, which has its five corps in the United Kingdom (in Bolton and London), Kenya (Nairobi), the United States and India (Ahmedabad), casts a spell with its members’ special military-like, traditional Scottish bagpipe uniform that includes red or blue tartan kilts, colourful feathers, sporran, beret, bonnet, plaid and all.

The 214 no-nonsense, bleeding-heart instrumentalists, armed with spic-and-span bagpipes, snare drums, bass drums, and tenor drums, play pleasing Scottish tunes, patriotic strains and cultural melodies, touching heartstrings of generous donors by showcasing its variety of styles from baroque to contemporary as in the 550-odd performances so far.

The nimble-fingered artistes who at times march through the streets with a pep in their step are also adept at dreaming up the Indian and American anthems or even the popular ‘Yankee Doodle’, original Bollywood compositions, devotional songs and what have you depending upon the occasion.

According to Swami Bhagwatpriyadas, music is a universal language, unifying cultures and people. As such, he says, the band uses the medium of music to personify the mission of the Maninagar Shree Swaminarayan Gadi Sansthan (MSSGS), an international non-profit Hindu religious organisation promoting spiritual, cultural, and social welfare across the globe. 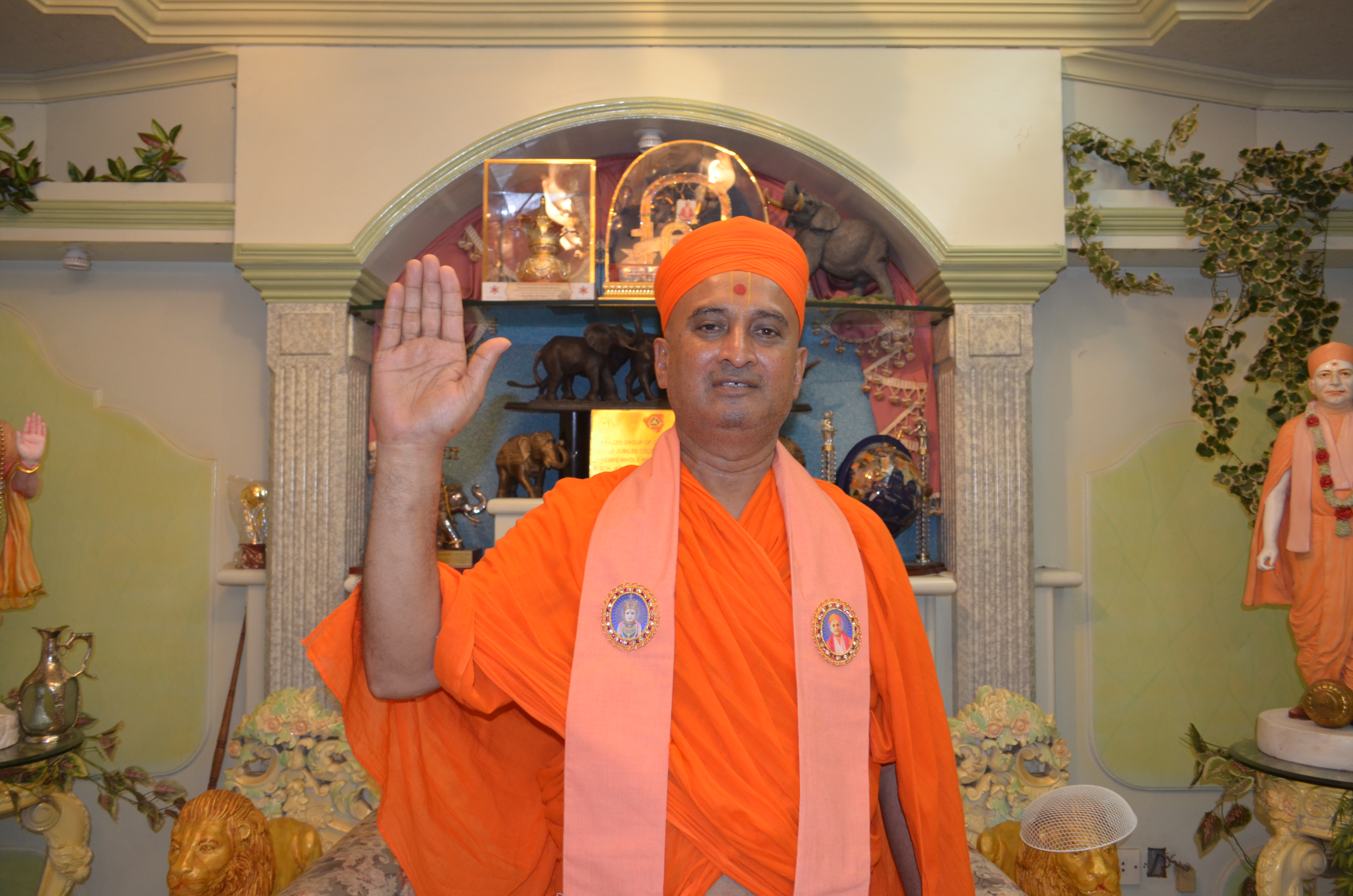 According to Swami Bhagwatpriya, music is a universal language, unifying cultures and people. Photo courtesy: MSSGS

What also makes the band unique is the fact that all its players are not professional musicians but front-ranking engineers, doctors, lawyers, businessmen, teachers, students, who offer their services gratis after learning the tones and tunes the hard way in intensive training sessions for months on end. 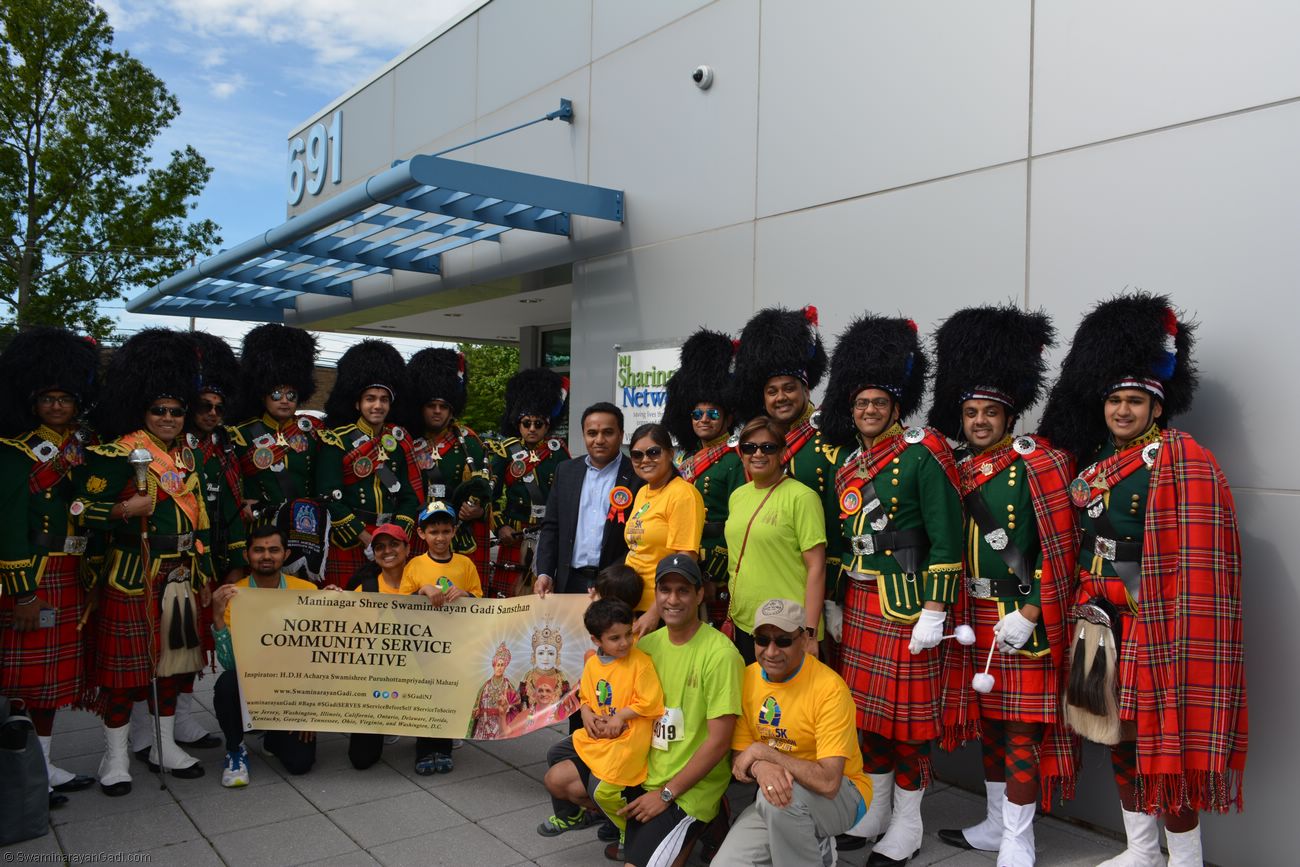 “They sacrifice their time, energy and money for the pipe band and have no axe to grind. They have to often travel to a different country but do not mind shelling out their hard-earned money for the astronomical airfares,” said Swami Bhagwatpriyadas, who heads the Ahmedabad chapter of the MSSGS which has built temples in New Jersey, Chicago, Los Angeles, Louisville (Kentucky), Bear (Delaware), Ocala (Florida), in the US. 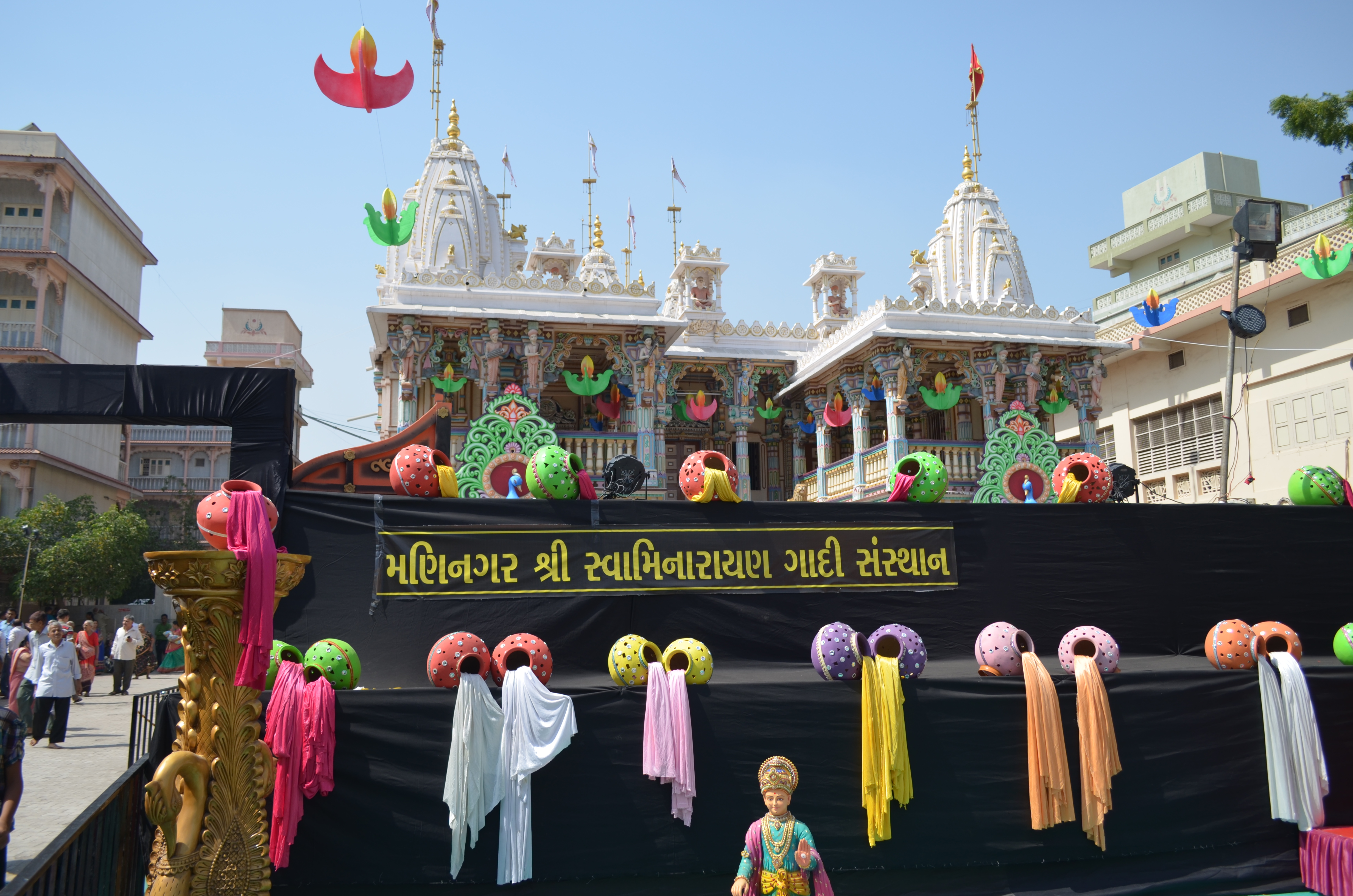 Whether it is the 2015 Nepal earthquake, the 2001 powerful temblor in Gujarat, the cyclone in Bengaluru, the floods in Kerala or a storm in the US, the band members reach there in the nick of time or pass round the hat after a performance and swiftly provide financial succour to the victims.

“The band is in the vanguard (of) even when it comes to wildlife protection. It launched a massively successful campaign against elephant poaching in Africa,” said the Swami, a Sanskrit scholar.

Sharad Acharya, who works as a navigator for the band, told Connected to India that monks of the MSSGS had also designed and made a one-of-its-kind-in-India rescue vehicle which can move both on water and ground at high speeds for use in disaster management.

The Swamibapa pipe band had greeted Indian Prime Minister Narendra Modi - who, incidentally, has studied at an MSSGS boarding school - when he addressed 20,000 Indian Americans at the Madison Square Garden in the US a few years ago.

The band members participated in the solemn 9/11 memorial event in the US, and they have also visited the India Gate, a war memorial located astride the Rajpath in New Delhi, to salute the 82,000 soldiers killed during the First World War.

“The band’s earlier branches in Nairobi and London were founded by Muktajeevan Swamibapa himself after he enjoyed hearing the sounds of bagpipes during a tour of the UK,” said MSSGS’s Harivadan Bhavsar.

“His heir, Purushottampriyadas, followed in his guru’s footsteps and founded the newer branches of the band in Bolton (UK), the US and India,” he said.

In December 2015, during the 60th anniversary celebrations of the band’s Nairobi branch, the latter, whom devotees call ‘our Pope’, brought all five bands together and established one united international band in honour of his mentor. 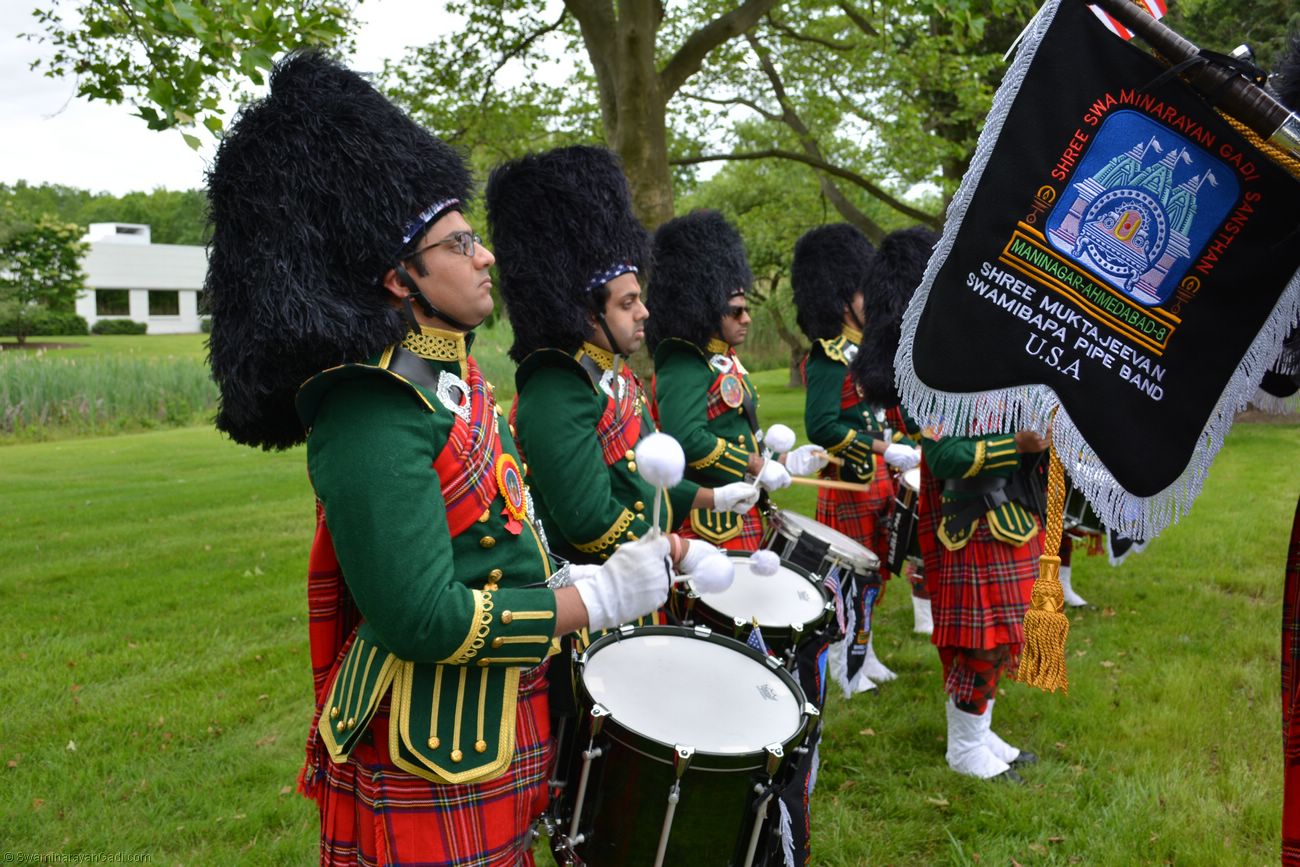 MSSGS works in the health, education and employment sectors in the countryside to help the underprivileged, providing cash aid to pregnant women, starting stitching classes and planting trees.

“MSSGS focuses on community service, education and a moral life that preaches non-violence, respect and charity,” sums up Swami Sarvapriya.