The fifth International Day of Yoga will be celebrated with much fanfare in Abu Dhabi on June 20 with an event organised by the Indian Embassy at the Umm Al Emarat Park. 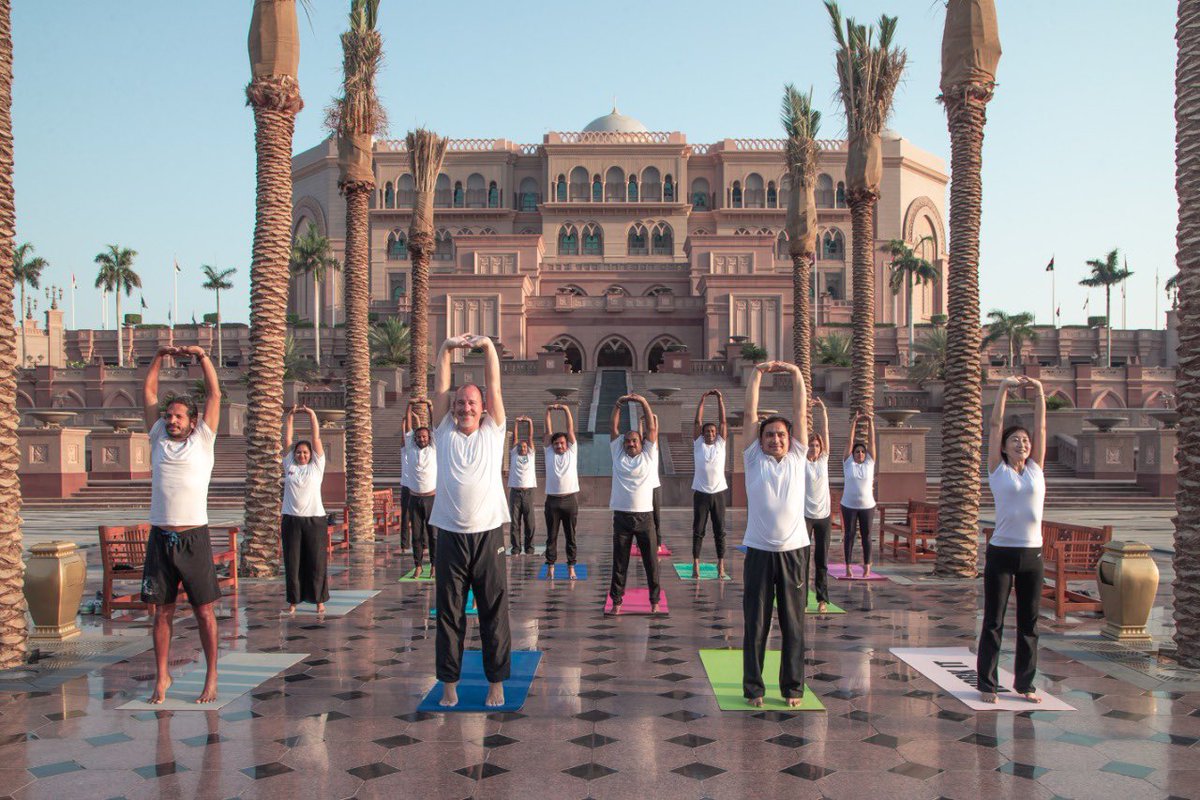 Enthusiasts practicing Yoga at the iconic Emirates Palace in Abu Dhabi in the run-up to the main Yoga programme which will be organised at Umm Al Emarat Park on June 20. Photo courtesy: Twitter/@IndembAbuDhabi

Though International Day of Yoga is observed worldwide on June 21, Abu Dhabi is celebrating it a day earlier to enable more families to come together and benefit from the experts and gurus present at the occasion.

In run up to the #IDY2019 celebrations at @UmmAlEmaratPark on 20th June @navdeepsuri addressed a Press Conference at the @IndembAbuDhabi premises.

"Yoga is for the public good. This is India's contribution to humanity and the world. Keeping with the true spirit of yoga, we are determined to make it as inclusive as possible. Different yoga groups and schools will join us," said Indian Ambassador to the UAE Navdeep Singh Suri during a media interaction held at the Indian Embassy.

Thousands are expected to participate in the event. Free entry to the park, parking facility, yoga mats and yoga T-shirts will be provided to all participants on a first-come, first-served basis. 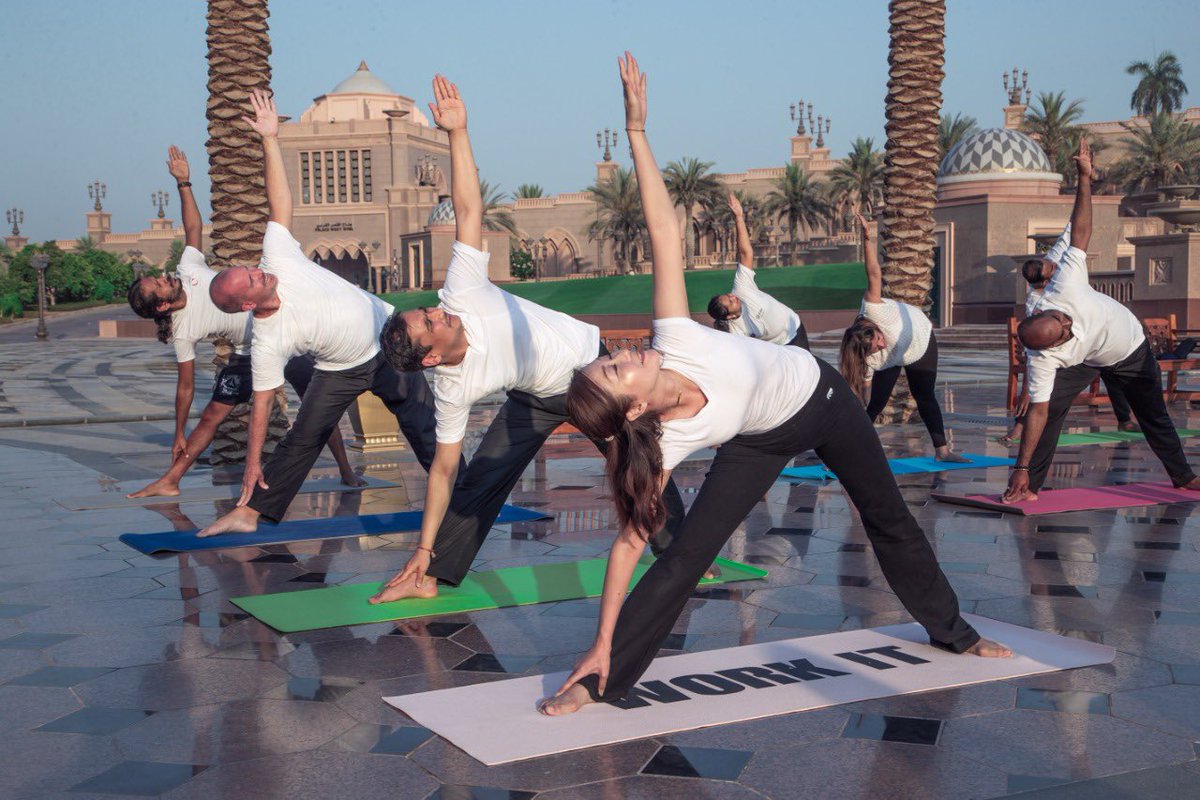 Yoga mats and yoga T-shirts will be provided to all participants for the main programme on a first-come, first-served basis. Photo courtesy: Twitter/@IndembAbuDhabi

UAE Minister of Tolerance, Sheikh Nahyan Bin Mubarak Al Nahyan will be the chief guest for the programme, with activities beginning at 7pm.

In the run-up to the event, photo shoots of yoga enthusiast performing yoga at iconic locations like the Emirates Palace, Etihad Towers and Louvre Abu Dhabi Museum were organised in collaboration with the Department of Culture, Abu Dhabi.