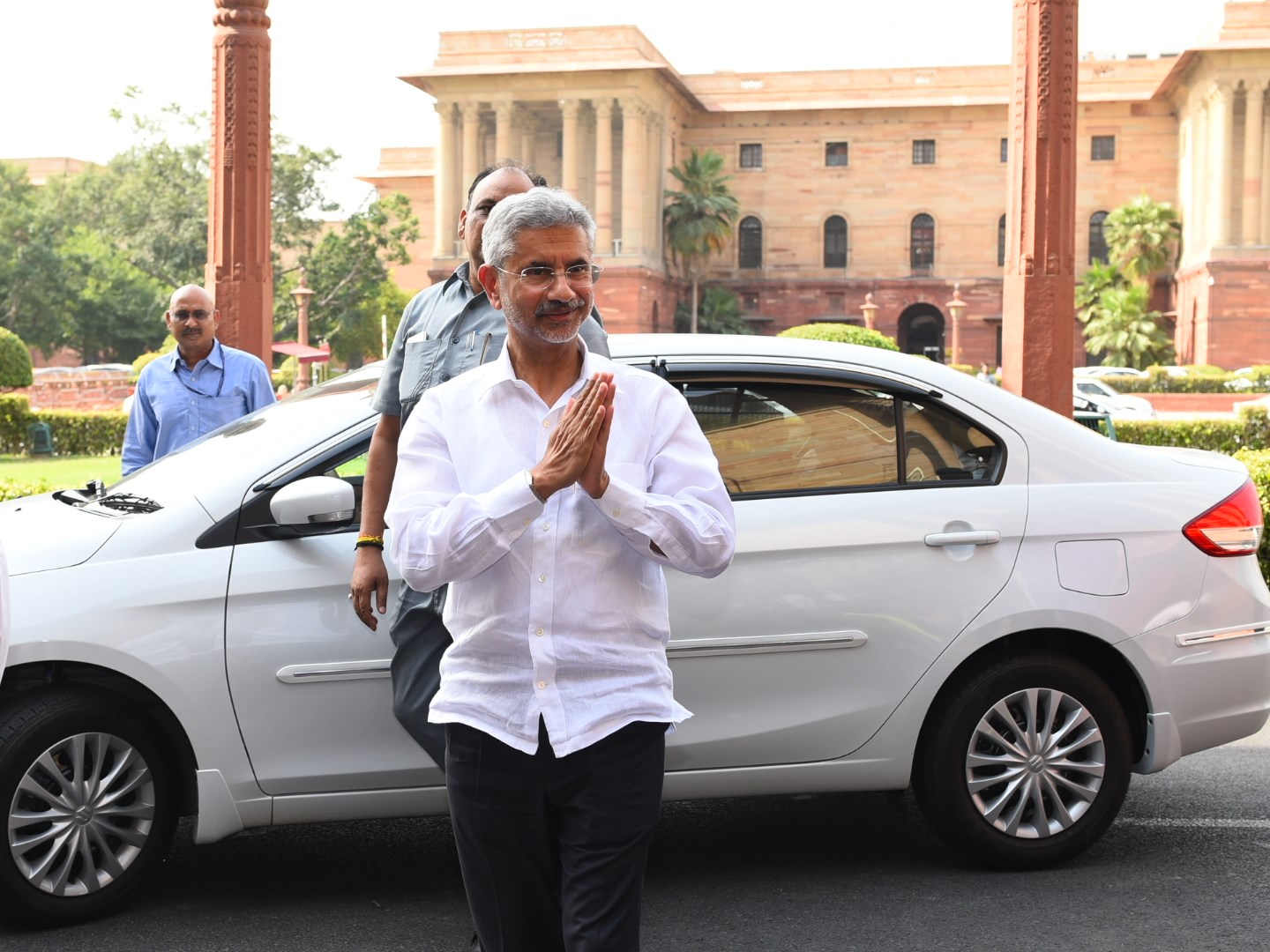 Subrahmanyam Jaishankar, Minister of External Affairs, Government of India arriving at his office on 31 May 2019, the day he took charge of the portfolio. Photo courtesy: Facebook Page MEA

When India’s “supermom” Sushma Swaraj excused herself from contesting general elections and even a second term as the external affairs minister, finding her replacement became a huge challenge.

The External Affairs Minister’s post, in a country like India that faces constant tension on its borders and is always seemingly on the brink of war with its rival Pakistan, is definitely not for the faint-hearted.

It is also a very politically charged post. Most of India’s prime ministers before Modi have held the title of External Affairs Minister or Foreign Minister (as it was called before) as an additional charge. Many foreign ministers have also become prime ministers in the past.

After Modi secured his second term as PM, he could have held the post as an additional charge or given it away as a reward to his political allies.

It was however not an easy decision to make.

Sushma Swaraj had left big shoes to fill. She was called the millennial minister, super mom by the press who she was constantly in touch with. She was active on social media, had good rapport with foreign ministers, was quick to respond to questions and was steely handling some of the toughest challenges India had to go through during her tenure.

So when Modi made his decision, it surprised everyone. He brought former Foreign Secretary Subrahmanyam Jaishankar out of retirement and named him as her successor - the first time ever in India that a career diplomat got a cabinet post.

Indian Foreign Service was particularly elated. Former diplomat and strategic affairs commentator K C Singh said it was "a well deserved elevation." And Indian High Commissioner to Singapore Jawed Ashraf thought it was a "rare and great honour" to have Jaishankar as a cabinet minister.

Son of a renowned strategic affairs expert K Subrahmanyam and Sulochana, Jaishankar took his MA in Political Science from St Stephen's and PhD in International Relations from JNU. 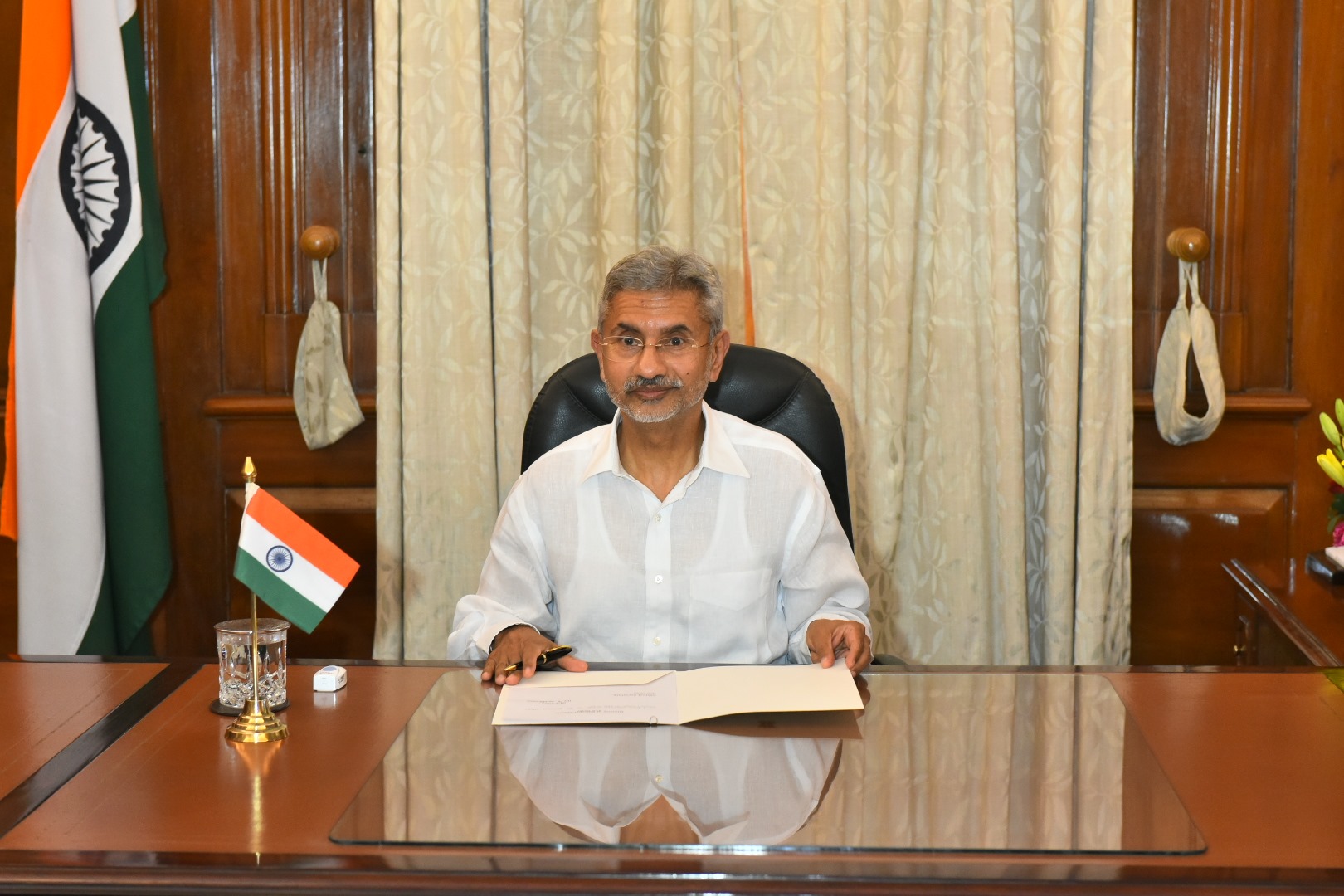 Jaishankar, a 1977-batch Indian Foreign Service officer has been an ambassador to the US, China and the Czech Republic. He was also the high commissioner to Singapore. He has received India’s coveted Padma Shri award. Photo courtesy: Facebook MEA

A 1977-batch Indian Foreign Service officer, he has been an ambassador to the US, China and the Czech Republic. He was also the high commissioner to Singapore. He has received India’s coveted Padma Shri award. He is married to Kyoko and they have two sons and a daughter.

As former ambassador to the US and China, Jaishankar is uniquely placed to handle the evolving relations with the two superpowers.  In the US, Jaishankar saw through the passage of the India-US nuclear deal and was the man behind Modi's spectacular show at the Madison Square Garden.

Jaishankar also knows China well having handled several crisis situations - negotiating Chinese PLA troops withdrawal from Ladakh to the Doklam standoff that threatened a slide-back to 1962 - when India and China were at war.

Jaishankar’s biggest challenge in his pre-foreign minister days was with India-Nepal relations after an agitation between ethnic Madhesi people and the state of Nepal led to a trade blockade in 2015.

A lot of water has flown under the bridge since then. Nepal PM K P Sharma Oli is now on record saying the misunderstanding with India is resolved. "The relations are back on track."

Modi has put a lot of faith in Jaishankar which is evident from the fact that of the eight cabinet committees announced this week, he figures in two – economic affairs and security.

And Modi is very keen on building India’s image overseas and increasing cooperation with its neighbors as the first few days of his new term show.

The Prime Minister’s first foreign visits after the elections are Maldives and Sri Lanka, underlining the continued emphasis on the so-called Neighborhood First policy. This is the first visit of any Indian Prime Minister to the Maldives since 2011.

Jaishankar’s first foreign visit is also to a neighbor Bhutan. He has also outlined his focus on increasing connectivity in South Asia and economic integration. He has also tweeted for the first time.

For now, on the foreign policy front, Modi seems to have got the right man. But on the floor of India’s lower house or Lok Sabha, the politician in Sushma Swaraj will be missed as a fiery defender of Prime Minister Modi's foreign trips - which were a lot in his first term and could be again quite a bit this time around.

It will be interesting to see how a political fresher like Jaishankar would cope.