In a show of India-UAE solidarity, the iconic ADNOC tower in Abu Dhabi displayed the Tricolour and the flag of UAE as Narendra Modi took oath as Prime Minister of India in New Delhi on Thursday evening. Portraits of PM Modi and Abu Dhabi Crown Prince Mohammed bin Zayed Al Nahyan adorned the iconic building as well.

ADNOC Group Tower is a landmark in Abu Dhabi and is the corporate headquarters of Abu Dhabi National Oil Company. 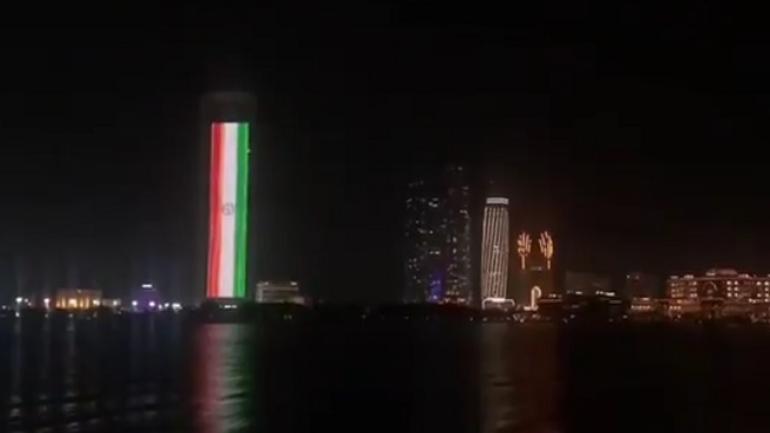 The ADNOC tower lit up with Tricolour and flag of UAE in Abu Dhabi as Narendra Modi took oath as Prime Minister of India for the second consecutive time in New Delhi. Photo courtesy: Twitter@/IndAmbUAE

“Now this is true friendship! As PM @narendramodi is sworn in for a second term in office, the iconic @AdnocGroup tower in Abu Dhabi is lit up with India and UAE flags and portraits of our PM and of HH Sheikh,” Navdeep Singh Suri, Indian Ambassador to the UAE, wrote on the official Twitter handle.

Now this is true friendship! As PM @narendramodi is sworn in for a second term in office, the iconic @AdnocGroup tower in Abu Dhabi is lit up with India and UAE flags and portraits of our PM and of HH Sheikh @MohamedBinZayed @IndianDiplomacy @PMOIndia pic.twitter.com/fnlkEdPHFW

“Beyond the symbolism of these images is also the clear direction that Prime Minister Modi and Sheikh Mohamed bin Zayed have provided to diplomats like us to make the India-UAE Comprehensive Strategic Partnership' a truly vibrant example of what we can achieve when we work together,” Suri said.

"The close friendship that has blossomed over the last four years between our Prime Minister and the Crown Prince is well-known. The whole world can see it today in this unique celebration of the re-election of the PM for a fresh five-year term," he said.

Calling for closer co-operation in different fields between the two countries, Suri observed that the transformed relations made an unprecedented impact in areas such as trade and investment flows, food and energy security, manpower and skills, literature and culture, defence, space and security cooperation, and growing people-to-people connections. 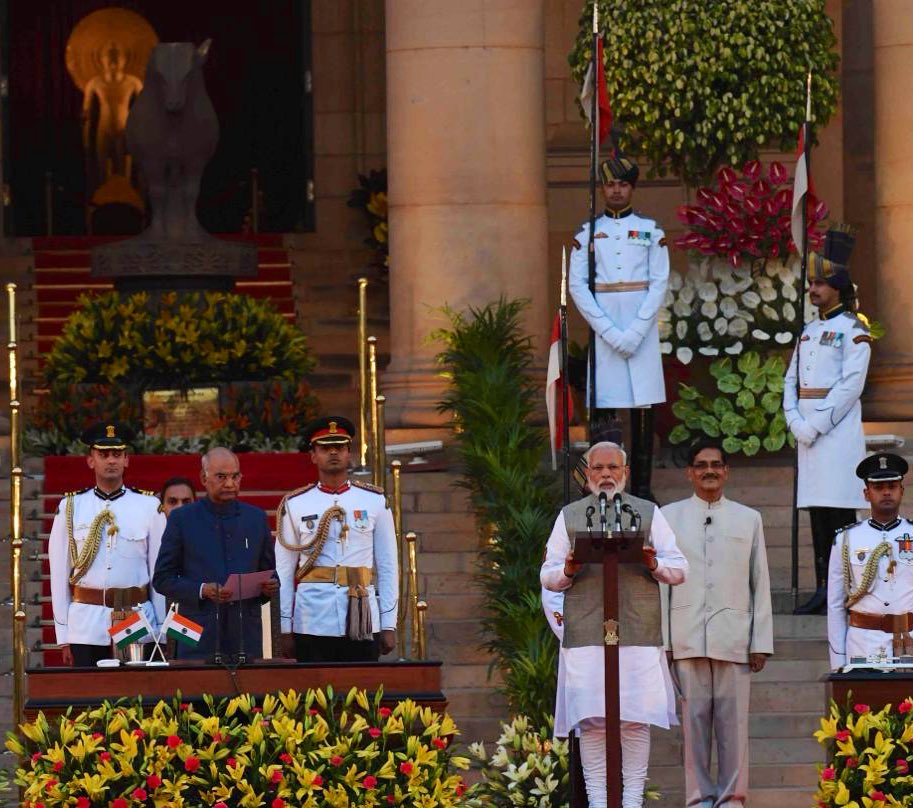 President of India Ram Nath Kovind administering the oath of office and secrecy to Prime Minister Narendra Modi at the Rashtrapati Bhavan in presence of foreign leaders and distinguished guests. Photo courtesy: Twitter@/MEAIndia

"So, as the Prime Minister starts his second term in office, there is a tremendous sense of optimism for India-UAE ties. We now have the opportunity to build upon the strong platform that we have created over the last four years, and to make the coming period a ‘Golden Era’ in our relationship,” said Suri.

I was pleased to talk to my dear friend Narendra Modi, India’s PM, over the phone to congratulate him on his party’s election win. We look forward to working together to deepen our strong bilateral ties. The UAE wishes India & its friendly people more development & prosperity.

"I was pleased to talk to my dear friend Narendra Modi, India's PM, over the phone to congratulate him on his party's election win. We look forward to working together to deepen our strong bilateral ties. The UAE wishes India and its friendly people more development and prosperity,"the Crown Prince tweeted. He won hearts of Indian people by tweeting in Hindi.

President Ram Nath Kovind administered the oath of office and secrecy to PM Modi and his Cabinet Minister in the forecourt of the Rashtrapati Bhavan before a gathering of over 6,000 guests that included heads of governments and states from BIMSTEC countries, Prime Minister of Mauritius, President of Kyrgyzstan, political leaders, captains of industry, Bollywood and other film celebrities and diplomatic representatives stationed in Delhi.