Getting around Singapore in 2040

In 20 years' time, you will be able to get to anywhere around Singapore in 45 minutes, and to get to town in 20 minutes.

The LTMP 2040 report aims to realise the vision of a convenient, well-connected, inclusive and fast transport system. Three key themes were put forward:

LTA will continue its investments in public transport to make journeys more seamless and convenient, in order to realise the goal of a 45-minute city with 20-minute towns. By 2040, new regional hubs outside the city will also bring jobs closer to homes, thereby shortening the average time taken to travel to work. Active mobility network will also be expanded to facilitate first-and-last mile journeys.  Overall, commuters should have more time to live, work and play.

Several key public transport enhancements will be made, including the expansion of the rail network. To improve bus speeds, an initiative known as Transit Priority Corridors (TPCs) will be introduced progressively. TPCs will have additional features beyond typical bus lanes – such as smarter traffic light control system, bus-only roads and dedicated cycling paths alongside bus lanes to reduce travel times for both public transport and active mobility users along TPCs.

To better serve those with mobility needs, LTA will gradually implement priority queues at all MRT stations, bus interchanges and Integrated Transport Hubs for seniors, expectant mothers, wheelchair users and parents travelling with young children in strollers. LTA also intends to pilot new ideas such as priority cabins on our trains for seniors, expectant mothers, wheelchair users, parents travelling with young children and other passengers who need a seat.

Highlighting the role that the transport system can play in helping Singaporeans improve their health and well-being, LTA said they will design more pleasant, welcoming and safe streets to encourage walking, cycling, as well as the use of public transport as healthier lifestyle choices. This is also part of efforts to reduce the carbon footprint of the land transport system and contribute towards a more sustainable future.

The authorities have committed to a 100 percent cleaner energy public bus fleet by 2040, comprising alternatives like electric or hybrid vehicles. LTA has already awarded a tender for the 60 electric buses which will be progressively delivered from end-2019 and deployed for service by 2020.

Industry players have already stepped forward to play their role, with all taxi companies in Singapore having committed to deploying 100 percent cleaner vehicles by 2040. HDT Singapore Taxi is already operating a fleet of fully electric taxis and aims to expand its fleet size to at least 800 by 2021. Some private hire car booking providers and car rental companies are doing the same. For example, companies such as Grab have already introduced electric vehicles in their existing fleets. 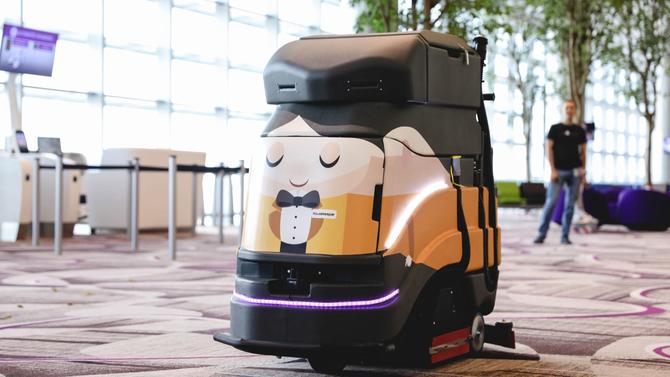