Smokers in Singapore will soon be able to light up without disturbing others in the comfort of air conditioned cabins fitted with a filtering system which turns cigarette smoke into clean air. Non-smokers may also be saved from breathing in second-hand smoke. 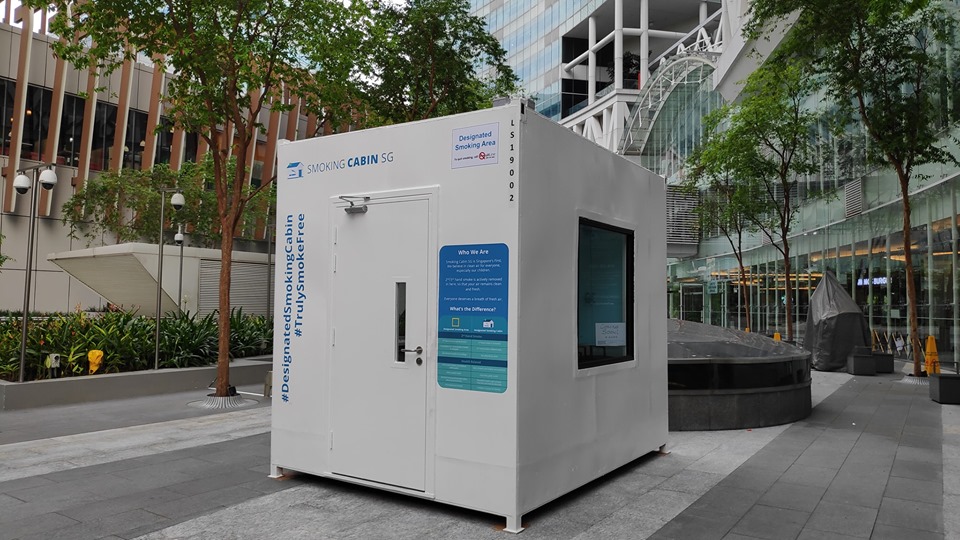 A special prototype cabin has been christened Smoking Cabin SG and measures 3m by 2.5m. It has been placed outside Fusionopolis at One-north, near the building’s designated smoking area. It has been there for two weeks before the launch and will stay for a year.

Southern Globe Corporation (SGC), the company that has launched the cabin,said, “It is the first facility that has been developed to solve the issue of secondhand cigarette smoke in Singapore.”

The cabin utilises a three-layer filtration system. First, cigarette smoke is passed through a pre-filter which removes larges dust particles. A HEPA filter then removes small harmful particles the size of 0.3 microns, before an activated carbon filter removes tobacco smells and chemicals. It then releases "99.95 per cent pure air" to the environment.

The air-conditioned cabin can hold up to 10 smokers. 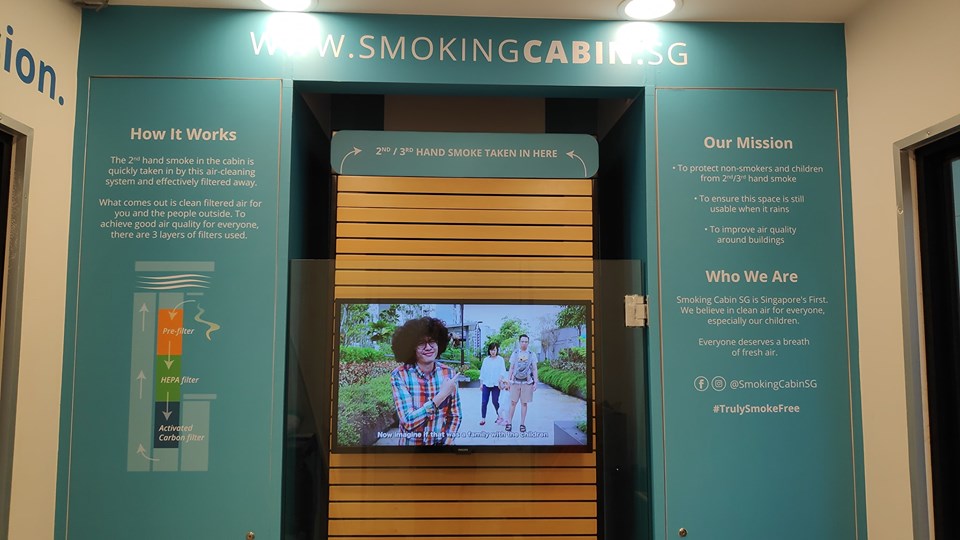 The filtration system has been developed by a Danish company Smoke Solutions and its technology has been used in similar cabins in countries such as Dubai, Japan and Kuwait.

The filters require changing after 18,000 cigarettes, or twice a year based on current estimates of 100 daily users.

The company says that it plans to roll out 60 smoking cabins around Singapore by the end of the year.