Saleem Hadi wears many hats. He is an award-winning filmmaker, producer, director, writer and theatre practitioner of Singapore.

He is the first Singaporean to have won the Reel Studio Ideas Cannes 2008 Distinguished Community Documentary Award for his short film (documentary) ‘Take’. He also bagged the Best Director Award in Natchathiram in 2010, an island-wide Tamil talent search competition programme aired on the Mediacorp Tamil ChannelVasantham.

Having lectured at various educational institutions and being active as both a producer and director, Saleem Hadi started his own creative firm, Blackspice Media Solutions that primarily conducts various media-related workshops, specialising in short film making.

He has directed 14 short films till date. In 2016, he also won the 2nd prize in the Singapore Heritage Short Film Competition organised by Singapore Film Society and National Heritage Board.

Saleem has also excelled in the field of writing. He has written plays such as Saakadai, Karuppu, Charger Erukka, Sikhs of Serangoon and Therupori (commissioned by Indian Heritage Centre for Singapore Heritage Festival 2017). He has also been commissioned by the Singapore Indian Fine Arts Society (SIFAS) to write a play for 70th-anniversary event Natya Yatra – Celebrating 100 Years of Indian Classical Dance in Singapore, happening at Esplanade.

Utilising his expertise, Esplanade is conducting a two-day Tamil playwriting workshop christened ‘Maedai Kadhai’ on June 1 and 2. The workshop introduces aspiring playwrights to the processes and techniques of Tamil playwriting.

Connected to India conducted a free-wheeling interview with Saleem Hadi to bring out the real persona of this multi-talented artist.

CtoI: You are a filmmaker, actor, theatre practitioner and writer all rolled into one. How did you start this journey and became adept in all these fields?

Saleem Hadi:  Being an introvert once, I needed an outlet to express my viewpoints, thoughts and feelings on several issues happening around me. So that's when arts and media came to me as powerful tools. Arts required me to be disciplined. Media required me to be aware of the current trends. Both required me to write, talk and show. Both challenged many of ideologies and my limiting belief systems I was grappling with. I would thank industry practitioners and gurus from various disciplines who taught me.

CtoI:  Singapore is a land of many hues, cultures and races. How has Singapore shaped you in evolving your personality and talent?

Saleem Hadi:  Singapore never failed to surprise me. Just when I think this is all Singapore has to offer, I will be sweetly surprised, either by the people I meet, the conversations I have, or the things I see at the back alleys, or in the newness I discover in the old.

Exploration is such an integral part of our survival for the longest of time. In my exploration within Singapore, I get lost and discovered at many points and I'm embracing this journey where I constantly evolve in entirety.

CtoI:  You are the first Singaporean to have won the REEL STUDIO IDEAS Cannes 2008 Distinguished Community Documentary Award for the documentary ‘Take’. How did the idea of the film come about and the poignant question ‘Are you afraid to die’ asked to the people in the documentary shape up?

Saleem Hadi:  It was during the period of Sichuan Earthquake that happened in 2008. I was personally disgusted with the way some Singaporeans were sharing their empathy on TV which lacked sincerity. It was more like they were merely doing lip service since they were in front of the camera.

That's when some thoughts came to me. Would they really know what it means to lose someone? Have they actually lost someone? What would it be if Singapore were to have a natural disaster? How would Singaporeans see death when it happens in their life? That's when TAKE evolved. With just two simple questions, my team and I wanted to immediately grab the attention of people and collate their responses into a documentary. 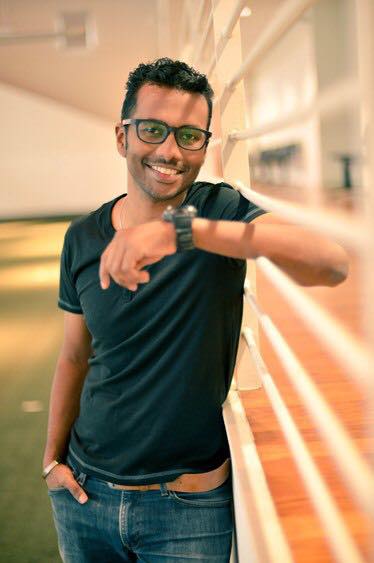 Singapore has played an important role in evolving the personality and talent of Saleem Hadi. Photo courtesy: Facebook page of Kalaa Utsavam

CtoI:  What do you usually  keep in mind while working on short films?

Saleem Hadi:  My earlier short films were films based on my world - my fears, my anger, my unhappiness, my doubts, etc. As I started to enter the world of films, I began to realise the true essence of storytelling. I slowly began to understand that films can change people and their mindsets. I realised the power of visual narratives. I got to understand that I can't be selfish and be self-indulgent in my creative pursuits and take the viewers' time for granted. I need to strongly believe in the works I put out to my people and the world to see. Since then, before I embark on any film projects, I ask myself four things:

2) Why must this story be told now and not later?

4) How badly do I want to make this film?

CtoI: Tell us about the activities and purpose of the non-profit organisation Singapore Indian Theatre & Film Explorers (SITFE) you created in April 2016 . 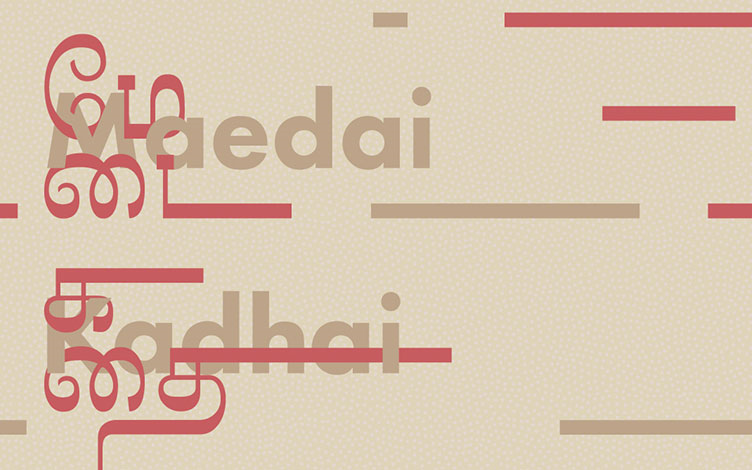 A two-day Tamil playwriting workshop christened ‘Maedai Kadhai’ will be conducted at Esplanade on June 1,2. Photo courtesy: Esplanade- Theatres on the Bay

CtoI:  You will be conducting the Tamil playwriting workshop ‘Maedai Kadhai’ on June 1-2 . What is the future of Tamil writers and playwrights particularly in Singapore?

Saleem Hadi:  I strongly feel the future of Tamil writers is looking brighter than before. Maedai Kadhai is one opportunity that never existed before and youngsters should be hungry for knowledge and jump at any avenues that fuel their learning. In the former years, there was only a pool of writers who were ruling the writing arena. Writing was seen as a thing for the professional.

Things have changed so much in the past decade. Compared to youths before, the youths now are facing more new challenges that even their own parents have trouble understanding, let alone give solutions. More youngsters want to be heard now and the platforms they are using to be heard, seen and understood gives them instant feedback. Youths now need affirmations which sadly even their own families fail to give. Hence, they resort to interact with strangers online.

These youths are becoming authors, writers and creators, with their own following. This is definitely a good sign. Indian youths are understanding the beauty and importance of Tamil language. The youths now might come across as individuals who are not bothered about the language. But with the number of initiatives and events churned out by Tamil speaking youths during the Tamil Language Festival this year, it shows that the future of Tamil writers and playwriters, without a dew of doubt, is promising.

Saleem Hadi:  So far, we are very happy with the response we are receiving. More youths got to know of THEINDBOX initiative by SITFE and started submitting their short films to be part of the collection, without any hesitations. Teachers have started using films from this archival as conversation starters to get students to discuss some issues in their classes.  However, we feel more mainstream support is still lacking. Once we get it, I believe this initiative will serve as a very important historical collection for the Indians and Singaporeans.