The first imported case of monkeypox infection in Singapore has been reported, with the patient being a 38-year-old Nigerian who travelled alone to Singapore on April 28, 2019.

He was tested positive for monkeypox on Wednesday, May 8, said the Ministry of Health.

The man is currently warded in an isolation ward at the National Centre for Infectious Diseases (NCID). His condition is stable, MOH said. 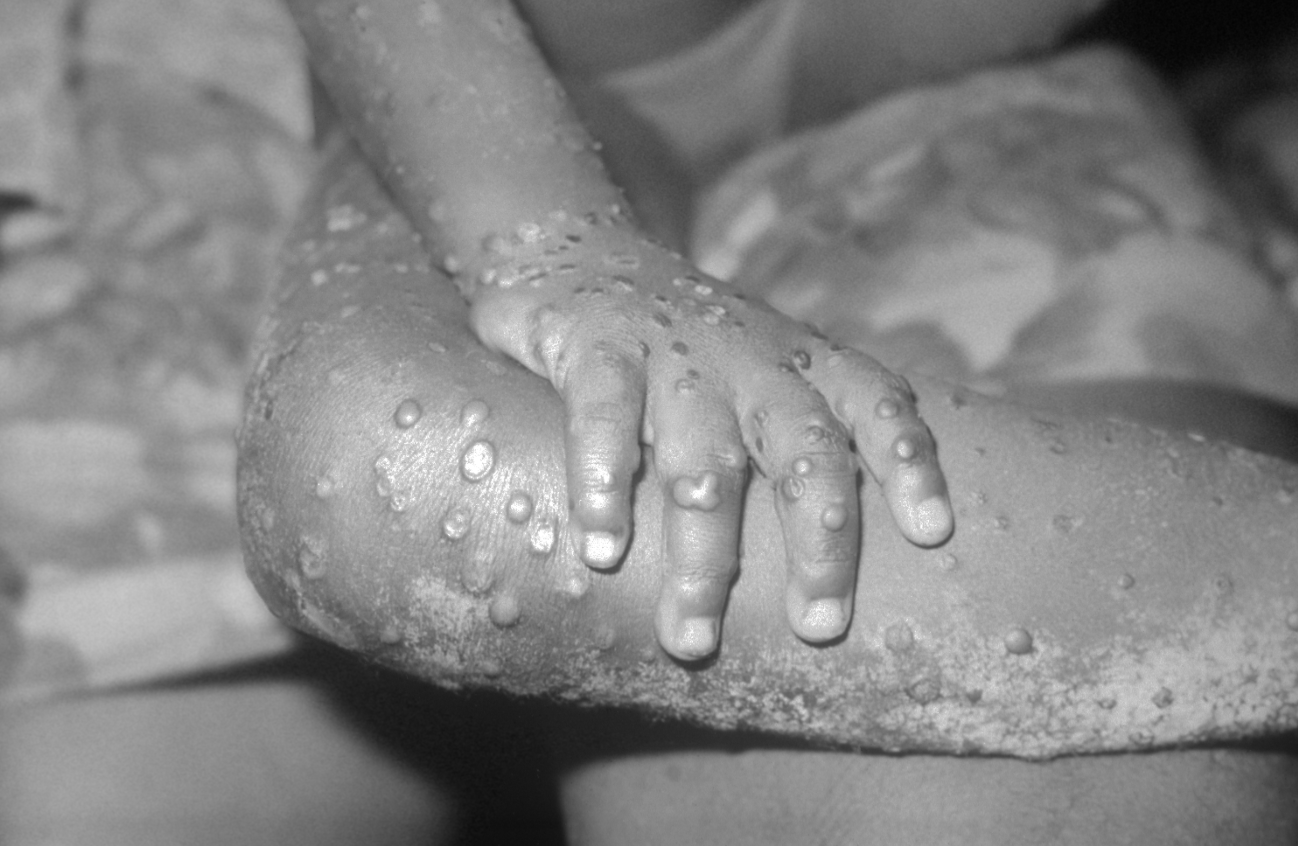 The patient had been staying at a hotel in 21 Lorong 8 Geylang since the day he arrived. He also attended a workshop at 3 Church Street on two days – April 29 and 30.

When he subsequently developed fever, muscle ache, chills and skin rash, the man had remained in his hotel room most of the time from May 1 to 7. He was conveyed to Tan Tock Seng Hospital by ambulance on May 7 and transferred to the isolation centre on the same day.

According to MOH, the man had attended a wedding in Nigeria before coming to Singapore. There is a chance that he may have consumed bush meat there, which could be a source of transmission of monkeypox virus.

So far, 23 individuals have been identified as close contacts of the patient by MOH. They include 18 participants and trainers who attended the same workshop, a staff member at the workshop venue and four hotel staff.

They have been assessed by NCID and offered vaccination, which can prevent the disease or reduce the severity of symptoms. "As a precautionary measure, they will be quarantined and monitored for 21 days from their date of exposure to the patient,” said the MOH. 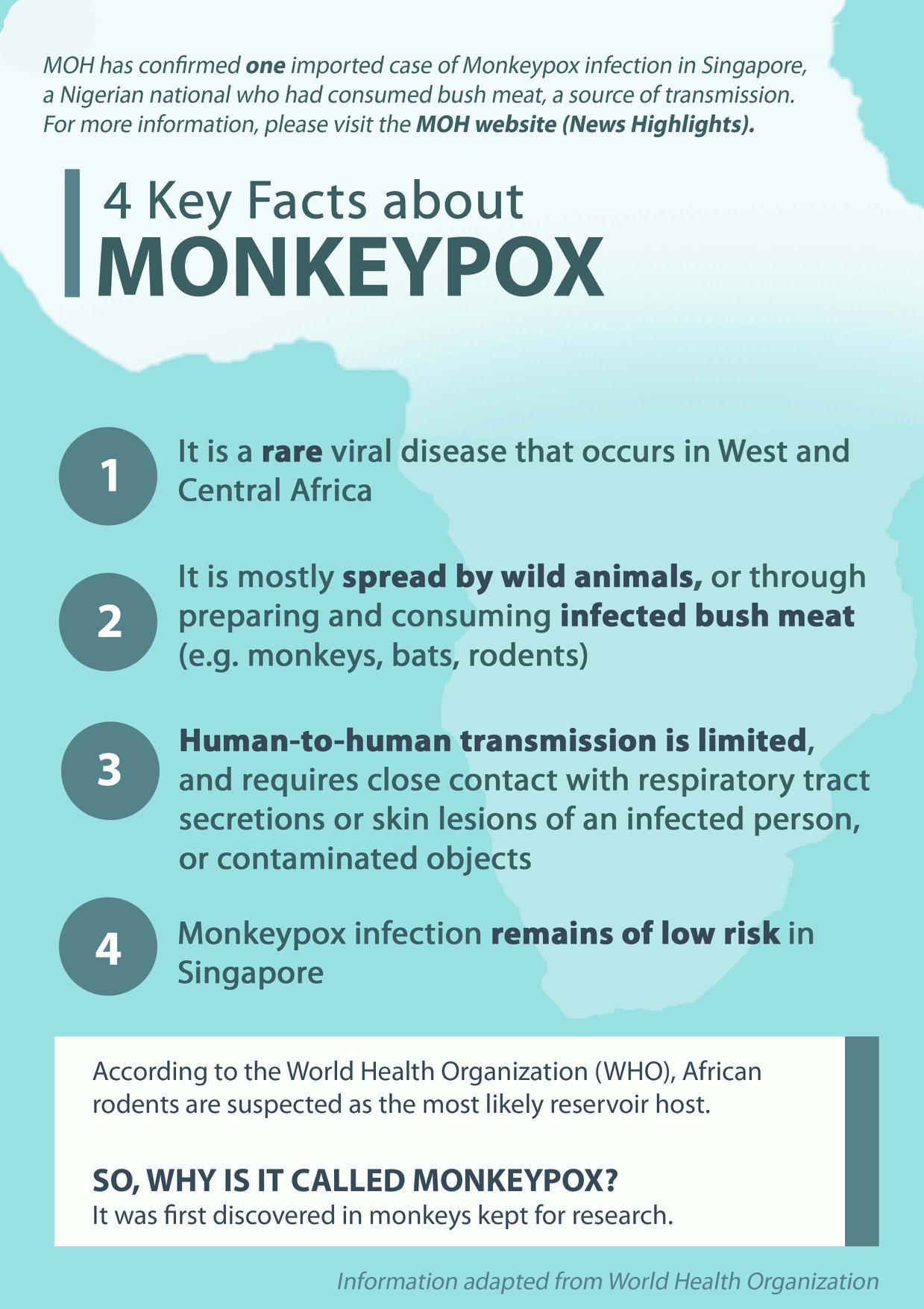 However, the risk of community spread of monkeypox within Singapore is low, said NCID executive director Leo Yee Sin. “There is no evidence to date that human-to-human transmission alone can sustain monkeypox infections in the human population.”

MOH noted in a press statement that on average, each infected person transmits the infection to less than one other person. The infectiousness is much lower than the common flu, and the chain of transmission can be broken through contact tracing and quarantine of close contacts.

In addition, the disease is usually self-limiting, and most patients recover from monkeypox within two to three weeks. But in some cases, the virus can cause serious complications such as pneumonia, sepsis, encephalitis (brain inflammation) and eye infection resulting in loss of vision.

The mortality rates of monkeypox have been reported to be between 1 and 10 per cent during outbreaks, with most death occurring in younger patients.