Last few weeks have seen some heavy-duty action in Hindi cinema. What with two big blockbusters, Raees and Kaabil, starring Shah Rukh Khan and Hrithik Roshan respectively, releasing on the same day. Connected to India was at forefront tracking the big stars and covering the big releases.

Perfect time to talk to an NRI filmmaker who has recently started a company called Filmwallas. Singapore-based Zafar Hasan Anjum is also a writer, journalist, media consultant, entrepreneur and the founder of a publishing company called Kitaab International. 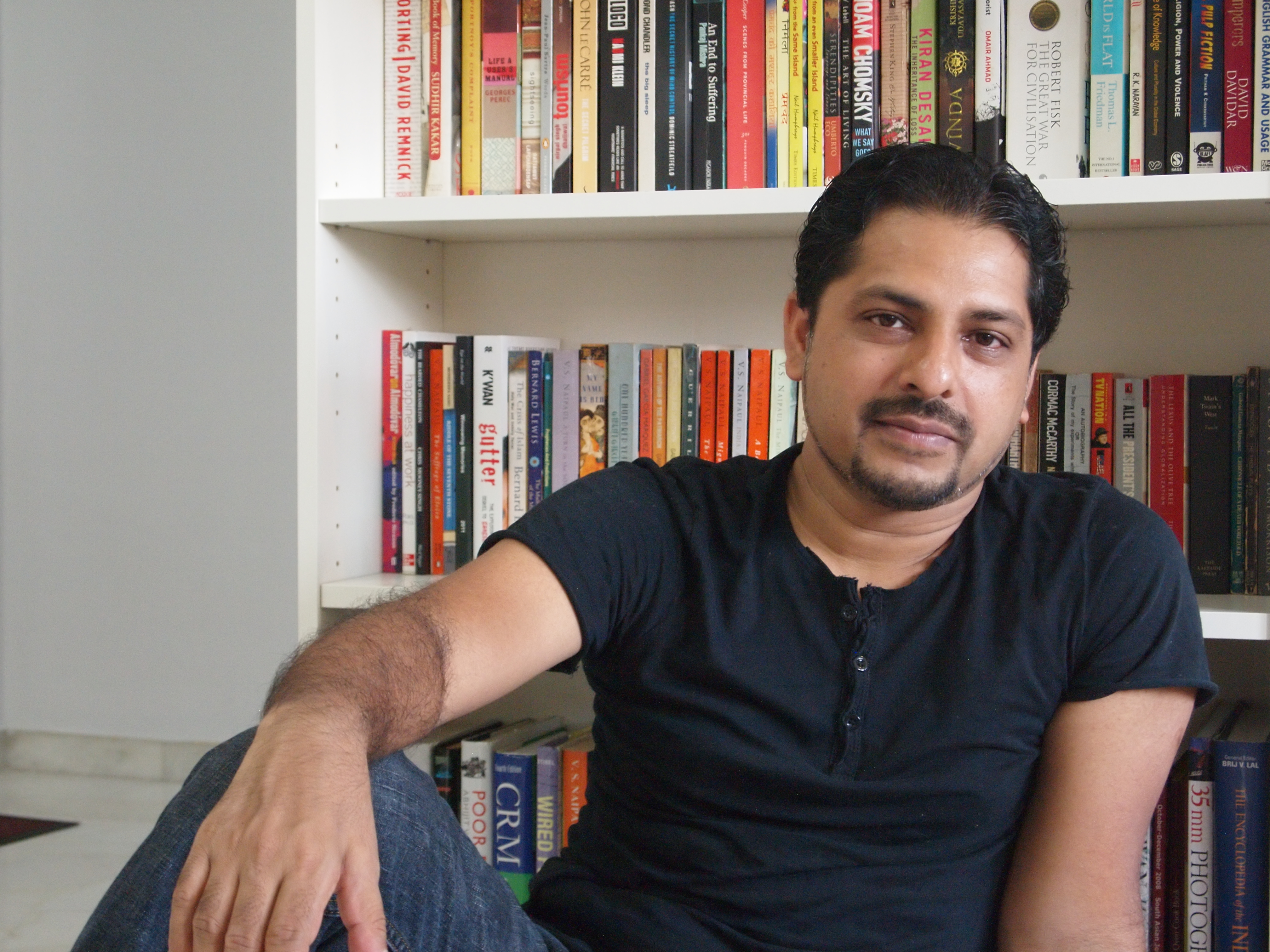 Born in Kishanganj, Bihar–a small town in India–Zafar has studied at some of India’s prestigious educational institutions such as the Indian Institute of Mass Communications (Delhi), Jawaharlal Nehru University (where he dropped out of a Masters programme) and Aligarh Muslim University. He also has a certification in Screenplay Writing from the University of the Arts, London.

Connected to India spoke to Zafar about his journey and goals ahead. Excerpts.

CtoI: How did you think of starting Film Wallas?

Zafar Anjum: There are three important trends in the video content space that grabbed my attention: there has been an explosion in the creation and consumption of video content, the duration of video consumption is becoming shorter (watching a short video on Whatsapp or your Facebook page while traveling on a bus or a train) and the rise of the creator-consumer.  Today, anyone with a smartphone and the desire to make a film can easily create and share video content. And I can see my 11-year-old daughter doing this every day. She makes videos using her iPhone and shares them with her friends, and the wider world. And she does not do it for any monetary benefit. She does it for fun and for building her social capital. It makes her happy. Many of her friends are doing the same. Futurist Gerd Leonhard says that if you want to know the future, look at your children. What they do today will be the future tomorrow?  So, the video is the new language for us, and we are going to express ourselves through video more and more. On the consumption side, the growth of digital media platforms (such as YouTube, Netflix, Amazon Prime and HotStar in India), along with the growing rate of mobile penetration, is powering this trend. That's one.

Second, in my own case, when I came to Singapore, I had no friends who could help me put a film together. I knew only writing. Who would direct my film, who would edit it, where would find actors and other collaborators, especially when I had nearly a zero dollar budget? There was no answer to all these questions. Professionals in the film and TV industry wouldn't bother to work with me. I was a nobody and they don't have the time to do unpaid stuff. So, there was a need for a platform like Filmwallas that solves the problem of someone like me: how to find the right people and resources, and how to get your perfect team together?

Now put yourself in my place. You might be working in a bank in New York or Singapore or you might be a school teacher in London or a salesman in Chandigarh but you have an idea to make a film. Where will you find collaborators, under one roof, across geographies, and cultures to realise your dream? The idea behind Filmwallas was to enable this access and collaboration for 'dream-making'.

On the other hand, there are problems with the film industry too. They are always looking out for new talent and it takes them a lot of time to find talent through traditional means. Now, there are many people out there who are talented, (they might be living in small towns) or who have this desire to make films or be part of the filmmaking process. Not all of them can go to Mumbai/Los Angeles to work in Bollywood or Hollywood. Even if they go, getting a break is not that easy. There is a lot of competition and a lot of jostling. So, Filmwallas.com also bridges this gap--it brings work to aspiring actors and filmmakers and empowers the filmmakers or casting directors to find the right talent within seconds, using our cognitive engine. 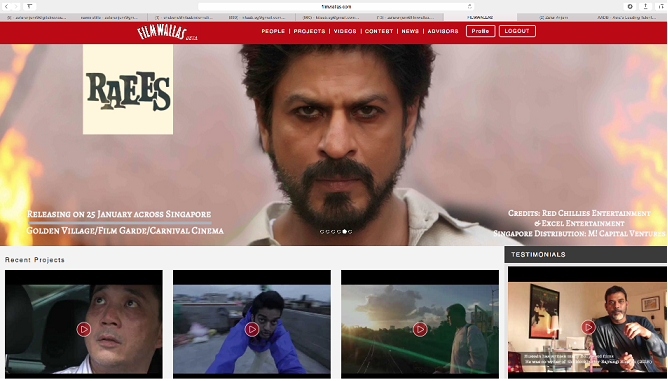 The thought behind ‘Filmwallas’ is to bring together and converge the entire eco-system of filmmaking with the underlying objective of empowering the ‘dreamer’ in each one of us with the right resources and access.

CtoI: What are the challenges you foresee in making this idea a success?

Zafar Anjum: We are a very young startup, and we are taking baby steps at this point in time. There will be challenges galore. The first challenge is to get the word out there, rise above the noise and let the world know that we exist, that here is a new platform that enables collaboration among creatives, that brings the newbie and the experienced together, that brings the brands and the consumers together, using Artificial Intelligence and Machine Learning.

And since we intend to be a global platform for all nationalities, crossing over might be another challenge, as some people might see us purely as an Indian marketplace player. But that's not the case. We want to be a global player, like YouTube, Facebook and Uber.

Along the way, we will face the typical challenges that all startups face during their journey: getting the smart money and the smart brains to propel this young company to success.  We have just started out and there is a long way to go. Luckily, we have the guidance and blessings of veteran industry players like Prakash Jha, Nagesh Kukunoor and Ashish Vidyarthi, among others, who have validated our concept and are advising us in our journey. 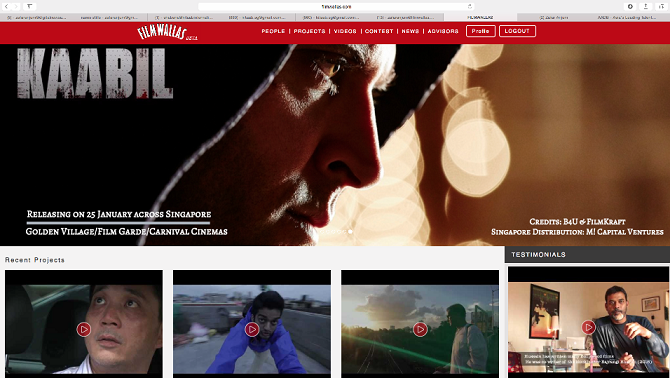 CtoI: Do you think across nationalities Indians have the highest attraction towards films?

Zafar Anjum: I think Indians are madly in love with two things: cricket and movies. Please don't ask me which one comes first! We believe that lots of Indians, whether millennials or others, would love to fulfil their dreams of creating movie magic through collaboration. It could be in the form of a short film or a documentary or just an amateur video. There is no limit to creativity. And this applies to people of all nationalities. If you look at the statistics, the trend of video snacking is common to all nationalities, and there is a hunger for consuming and creating non-mainstream content.

CtoI: Has the concept of crowd sourcing been applied to movies?

Zafar Anjum: Crowdsourcing will cause a monumental shift in film and media. Crowdsourcing is going to be big because the greatest resource for filmmakers is their community—they will fund and consume what they like. Gone are the days of the old saying “if you build it, they will come”. The new dictum is: “if they want it, they will help you build it”.  It is already happening today, in all kinds of forms--from audience voting and engagement to collaboration on projects to crowdfunding. For example, Amazon is putting scripts online and letting the crowd vote for the stories they would like to see made into a series, and the ones with the most votes are the ones that actually get made.

Documentary filmmakers like Tiffany Shlain are using crowdsourcing techniques to put together films that are global in scope. Filmmakers upload video to the web, and it becomes part of the edited film. For her film Connected, Shlain had more than 100 different endings and she asked the users to translate the film. It now exists in 65 languages. Another example of overall crowdsourcing is 50 Kisses, a film created by the London-based filmmaker Chris Jones and hundreds of collaborators from around the world. The film, which includes 50 scenes built around a Valentine’s Day and a kiss, was an initiative created by the London Screenwriters’ Festival to connect emerging screenwriting talent with emerging filmmaking talent.

A very recent example is my adman-turned-novelist-turned filmmaker friend, Aditya Kriplani, who has partly crowdfunded his film, Tikli and Laxmi Bomb (under production now), and raised about S$20,000 through Wishberry.

So, the fact is crowdsourcing is here and with more mobile penetration and the social networking effect, more and more people are going to collaborate and indulge in 'dream-making'! Filmwallas.com is here to enable them to achieve it!