The ongoing bicentennial celebrations of Singapore will now be infused with saga of those Indian men and women who worked to build what Singapore is today.

The contributions and achievements of businessmen such as Naraina Pillai and Kartar Singh Thakral, statesmen including President SR Nathan and Sinnathamby Rajaratnam, intellectuals like Prof SS Ratnam and artistes such as Madhavi Krishnan, who enriched the island nation's heritage over two centuries, is finely depicted in the TV documentary series Suvadugal to be broadcast from May 14 on Vasantham, Mediacorp's free-to-air Tamil TV channel. 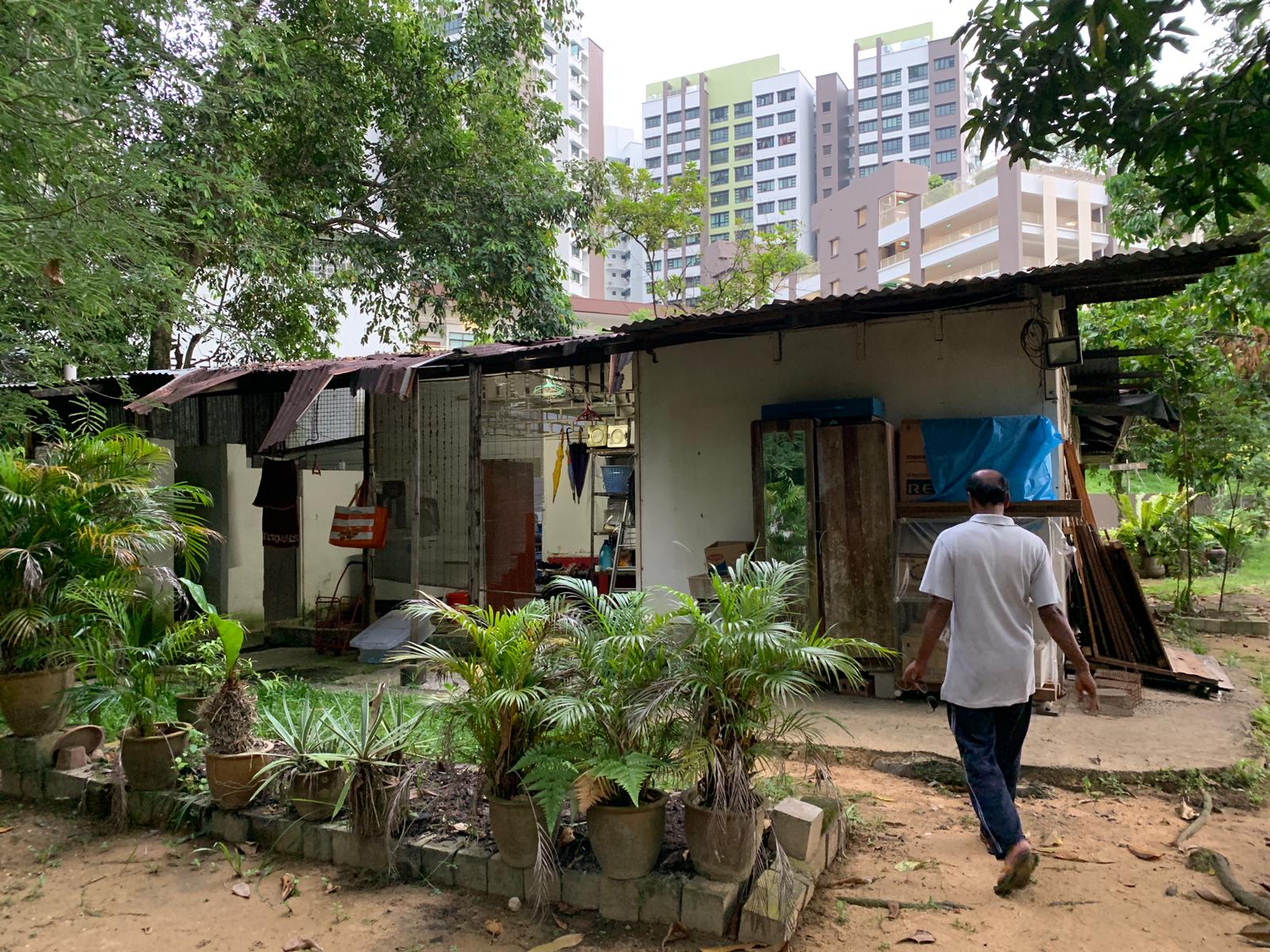 The series will introduce the audience to the historic lives of some of the most prominent Indian origin personalities in Singapore over the past two centuries. Photo courtesy: VisualBeatz

"Suvadugal revolves around the legends, pioneers and trendsetters of Singapore who have made great strides in all stratum of society in their chosen profession, sports, social, cultural, civic, charity, politics, education and others. They have in the process contributed significantly to the Singapore success story," said Naveen Selvanayagam, Director, VisualBeatz, who is also producing the series.

Suvadugal has been created to acquaint present and future generations to the heroes who contributed greatly towards nation building. It also celebrates the wisdom and foresight of its pioneers and subsequent Indians’ contributions to Singapore’s phenomenal growth. 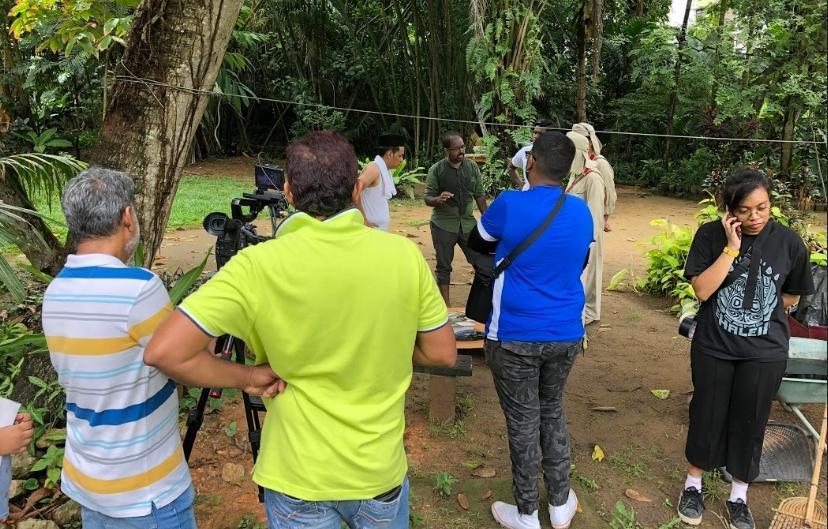 The Director briefing the cast and crew ahead of shooting the series. Photo courtesy: VisualBeatz

Each episode will explore one pioneer’s life, challenges and how they overcame them in an attempt to chronicle the Indians’ historical contributions and achievements towards the island nation into a single entity. So get ready to learn more about Singapore's leading lights over the years in this multi-episode production. 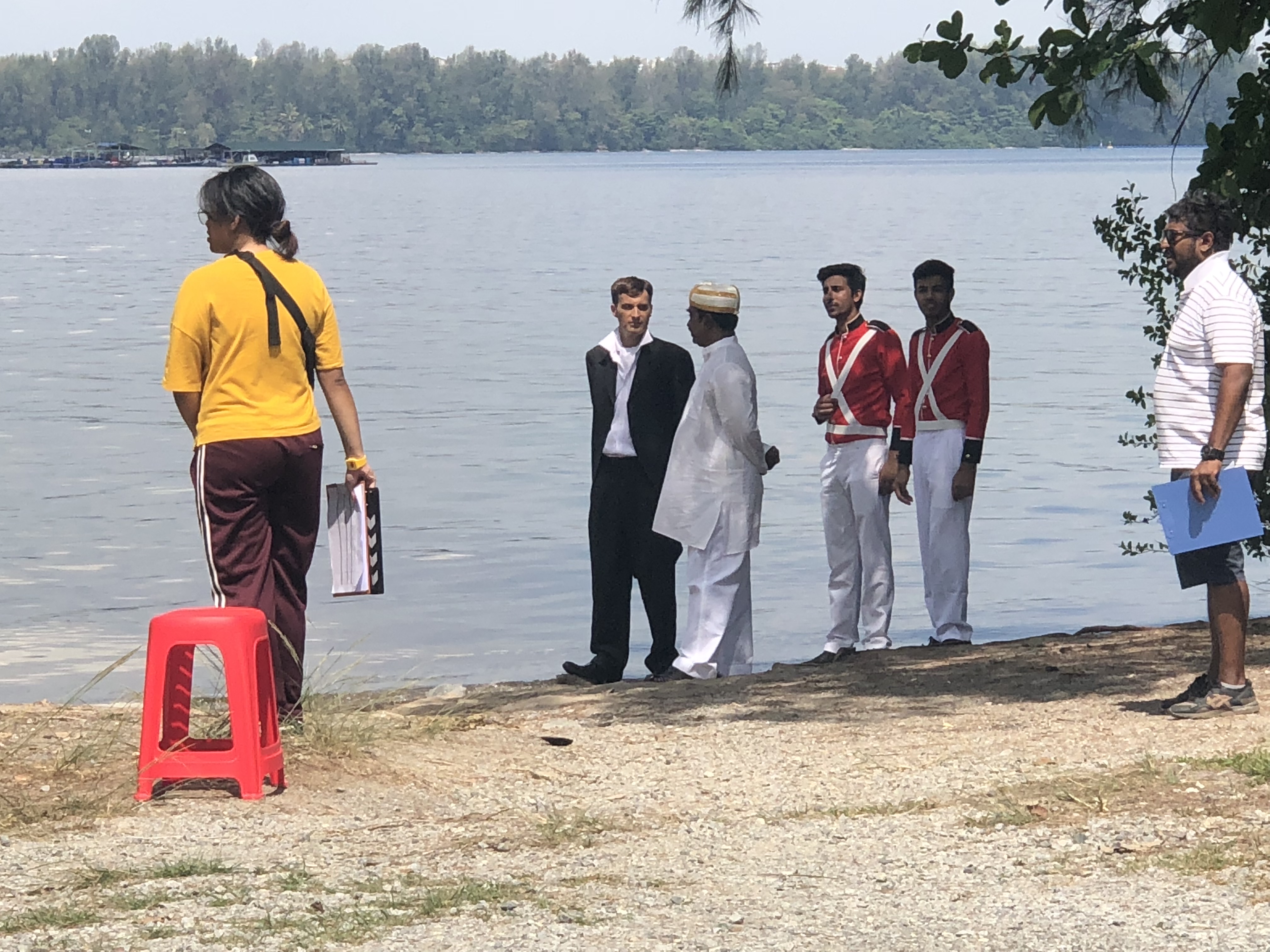 Shooting a scene with Sir Thomas Stamford Raffles (left) and Naraina Pillai (2nd from left) and some Sepoys. Apart from being a businessman and a close friend of Raffles’, Pillai was also helping the latter in the British administration of Penang. Photo courtesy: VisualBeatz

When Sir Thomas Stamford Raffles made his second trip to Singapore in May 1819, he had in his esteemed retinue a certain personality called Naraina Pillai who arrived in Singapore together with him. Apart from being a businessman and a close friend of Raffles’, Pillai was also helping the latter in the British administration of Penang. At Raffles’ request, Pillai agreed to accompany him to Singapore for possible business ventures and at the same time assist with administrative services in Singapore. 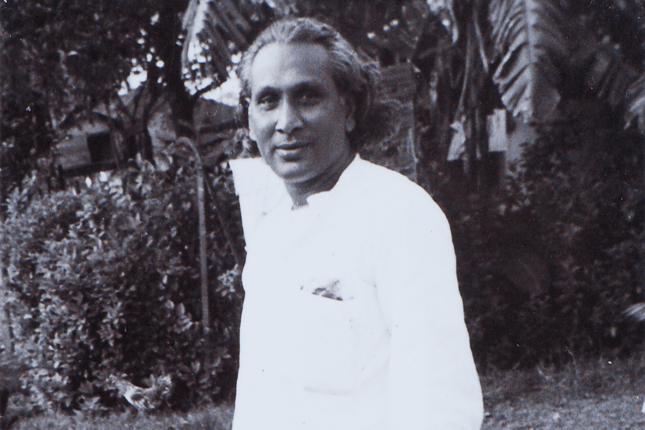 G Sarangapany co-founded the Tamil Reform Association and headed it until his demise on March 16, 1974. Photo courtesy: roots.sg

Also known by his honorific name ‘Thamizavel’, G Sarangapany was the founding publisher-cum-managing editor of ‘Tamil Murasu’, a Tamil newspaper established in 1935 in Malaya and Singapore and the only Tamil daily which continues its run in Singapore till today. Sarangapany co-founded the Tamil Reform Association and headed it until his demise on March 16, 1974. 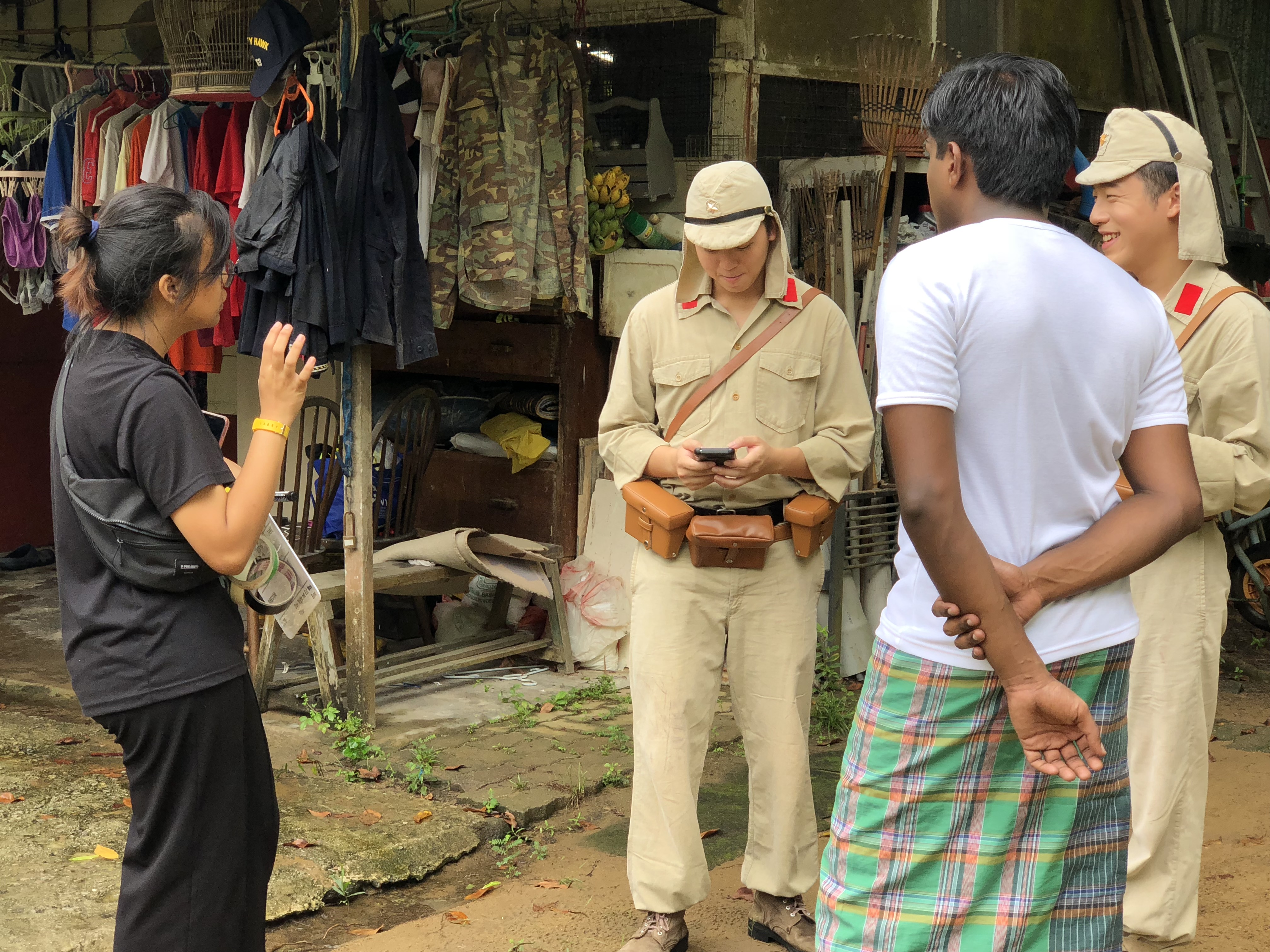 Rehearsing the sequence where SR Nathan served as a JApanese translator during World War 2, with period uniforms and costumes. Photo courtesy: VisualBeatz

Sellapan Ramanathan was born on July 3, 1924.  He was elected uncontested as the sixth President of Singapore and sworn in on September 1, 1999. He was again elected unopposed in his second term in 2005. He was the longest-serving President when he finished his term on August 31, 2011. 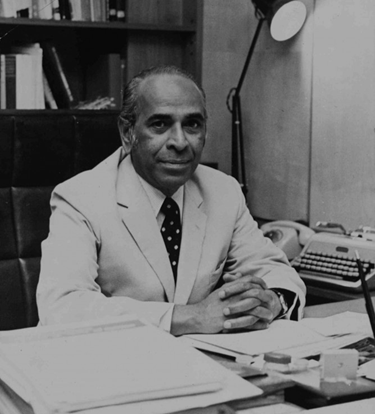 S Rajaratnam had the distinction of being the PAP government’s first Indian office-bearer holding many important ministerial portfolios. He was Singapore's first Culture Minister, Foreign Minister, and also held the Labour portfolio. He was also the first Indian Deputy Prime Minister and Senior Minister. As one of the founding fathers of the ruling People’s Action Party, he was a renowned and revered party stalwart. The man who crafted the National Pledge is also credited with navigating the nation through its tenuous times after independence in 1965, at many international forays.

The list of Professor Ratnam's achievements is by no means exhaustive. From placing Singapore on the world map to performing the first sex change operation, Ratnam's tenure is best remembered at Singapore's General Hospital for the worldwide recognition it received. Ratnam is also known as the founder of the in-vitro fertilization (IVF) programme in Singapore. In 1983, he led a medical team to produce Asia's first test-tube baby by introducing IVF in Singapore, bringing hope to many childless couples.

In 1996, Ratnam was appointed as Emeritus Professor, one of the highest Honours at the NUS. In 2002, in recognition of Ratnam's commitment to teaching and training in AOFOG, the SSR foundation was established in Singapore to provide obstetric ultrasound teaching in member states of AOFOG. A Professor SS Ratnam Memorial Fund was also set up to help needy children. 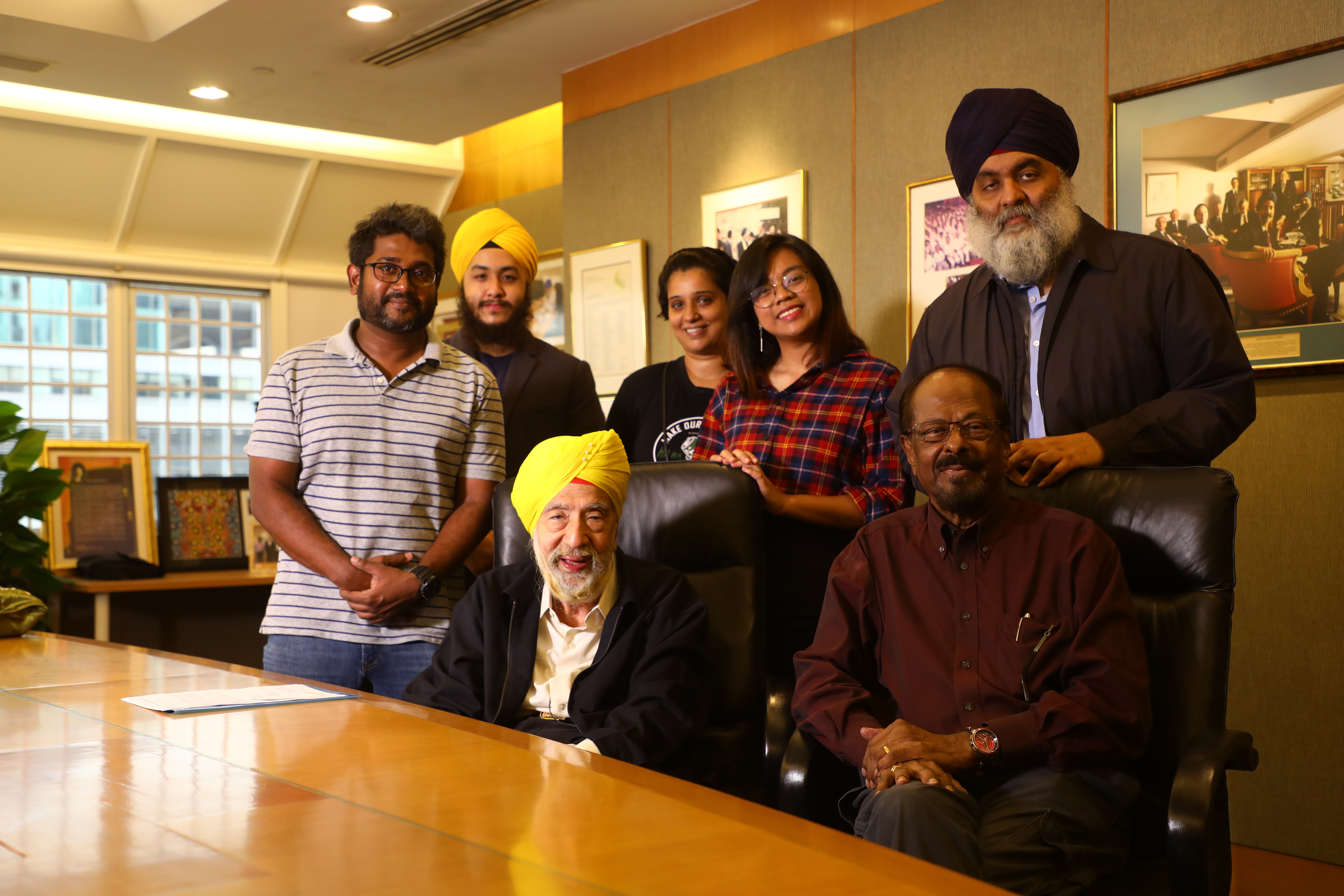 The cast and crew of Suvadugal with Kartar Singh Thakral. Photo courtesy: VisualBeatz

Among the titans of Singapore, Kartar Singh Thakral stands out in the Indian community's business fraternity.  Rightfully, Thakral found a respectable place in the book ‘Not Born in Singapore – Fifty Personalities Who Shaped the Nation’ published in November 2015, by the Institute of Public Studies at the Lee Kuan Yew School of Public Policy. A savvy businessman, Thakral turned a small local textile offshoot of the family into a roaring multinational empire. Though these defining moments were challenging, the patriarch of one of Singapore's greatest business stories confesses with a smile that he enjoyed every moment of it. In his philosophical musing, he labels challenges as something to be relished for they are life's best lessons. 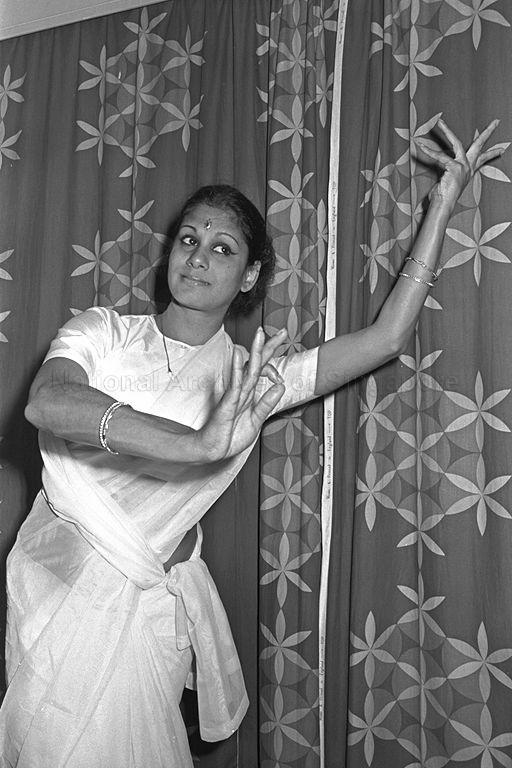 Madhavi Krishnan, born in 1941 in Singapore, is a pioneer in local Indian classical dance and choreography. Trained in the classical dance traditions of Bharatanatyam and Kathakali in Singapore and India, she founded the National Dance Company in 1970 and, through it, created works that integrated Indian classical dance forms with multicultural influences. When the Cultural Medallion made its debut in 1979, she numbered amongst its recipients and became the first dancer as well as the first female recipient of the prestigious national award.

When she was 19, she made her debut in national level competitions at the Singapore Open. Although her results were not good, the experience proved valuable. “It made me realise that I had to work so much harder if I wanted to win medals,” she says. That realisation not only marked a turning point in her career. It would come to define her road to success. In just a few short years, she, under coach Maurice Nicholas, would go on to win regional medals in her pet events (1500m and 3000m), earning her the nickname “Queen of the Track”. She was named Sportswoman of the Year in 1977 and 1981. In 1982, she clocked national records for both the 1500m (4:31.2) and 3000m (9:56.6) — records which are still unbroken today.