Representing India for a greater cause: Indian Women’s Association Bazaar

The Indian Women’s Association (IWA) Bazaar had a humble beginning driven by a bold dream.

The first ever installation of the bazaar in 2007 featured just 15 vendors at Pinetree Club, paving the way to the building of one of the biggest platforms in Singapore for Indian women entrepreneurs to showcase and sell their products.

Visitors have found it a pleasant occasion to browse, shop, socialise and enjoy the chaats and chai sold at the venue. Products from all over India were made available under one roof, attracting large crowds.

With Singapore being home to one of the largest Indian diaspora population in the world, the Indian Women's Association felt that this would be a good assembly ground for them to connect to their roots.

Anuradha Shroff, President of IWA, explained that since its inception in 2007, the concept caught on with the participants, and IWA decided to turn it into an bi-annual event. “Besides celebrating India's rich culture industries, the Bazaaar is also a platform to showcase the entrepreneurial spirit of female Indian entrepreneurs who bring exotic merchandise from India,” she said. 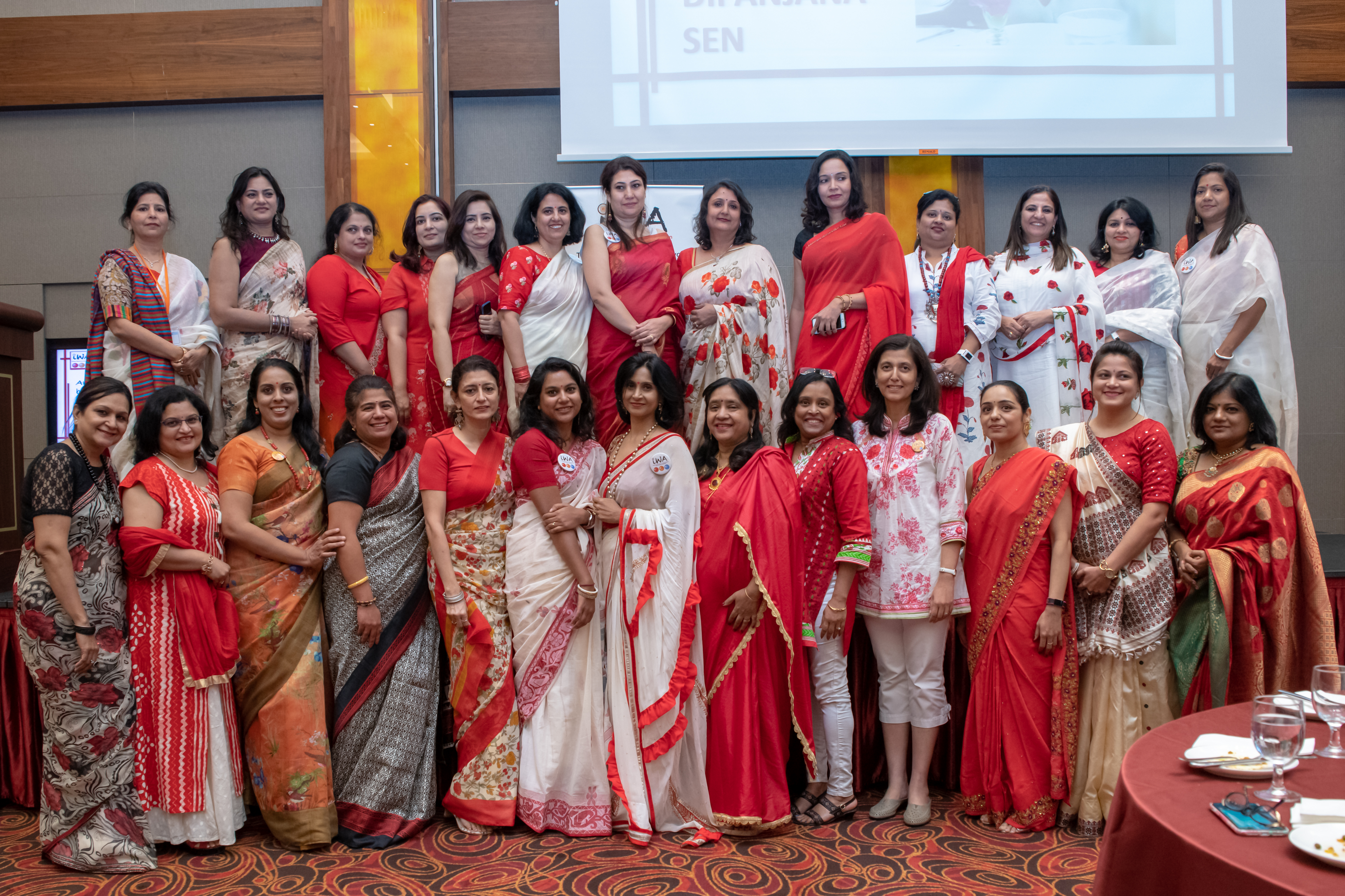 A happy bazaar for a good cause

One aspect that forms the core of IWA Bazaar was the focus on giving back to society. Nirupa Vasudev, Vice President of IWA, shared, “The core values of IWA are to care, connect and celebrate. The IWA Bazaar is all about giving a platform to budding women entrepreneurs to showcase their products and grow their businesses, and in turn enable us to give back to the community.”

In 2010, IWA started designating tables for charitable organisations at no cost. Social organisations such as Savh, Acres, Yellow Ribbon, Babes, Angel hearts, Ladli joined IWA at the bazaar to create awareness, raise funds and garner support for their causes. 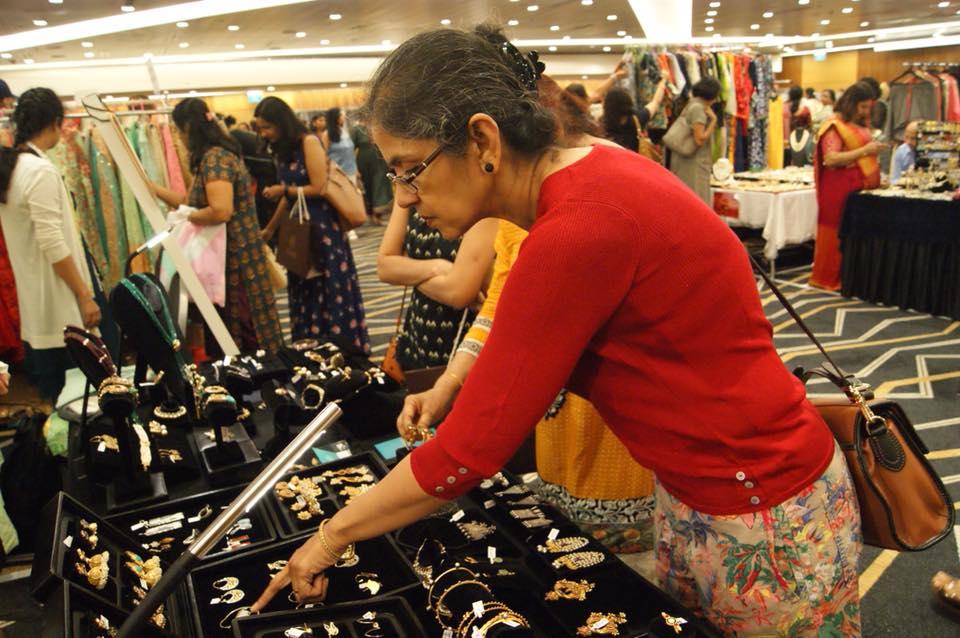 This year, IWA will feature 90 vendors in total, with Ambassador K Kesavapany gracing the event as the Guest of Honour. His new book "From Estate to Embassy" will be sold at the venue – Suntec City Convention Centre. “The charity tables this year have been dedicated to billionBricks (a non-profit organisation that works with homeless and displaced communities in South and Southeast Asia providing shelter) as well as Acres (Animal Concerns Research & Education Society),” said Anuradha.

Over the years, the profit collected from the bazaar has allowed IWA to offer educational endowments such as IWA Gyan Jyoti study award, as well as support charities including Swami Home, Beyond social services, Threads of Courage and more.

The Bazaar chair for this year is Gowri Aiyar, who has been at the good work since 2016. Supporting her is co-chair Pallavi Malviya Gupta. "A core team of five to ten Committee members manage various aspects like treasury, media, privileges and so on. On the day of the Bazaar itself, a volunteer team of 25-30 members embark on four-hour shifts to ensure smooth working. Many hours of dedicated work are being put in during the two months preceding each Bazaar." 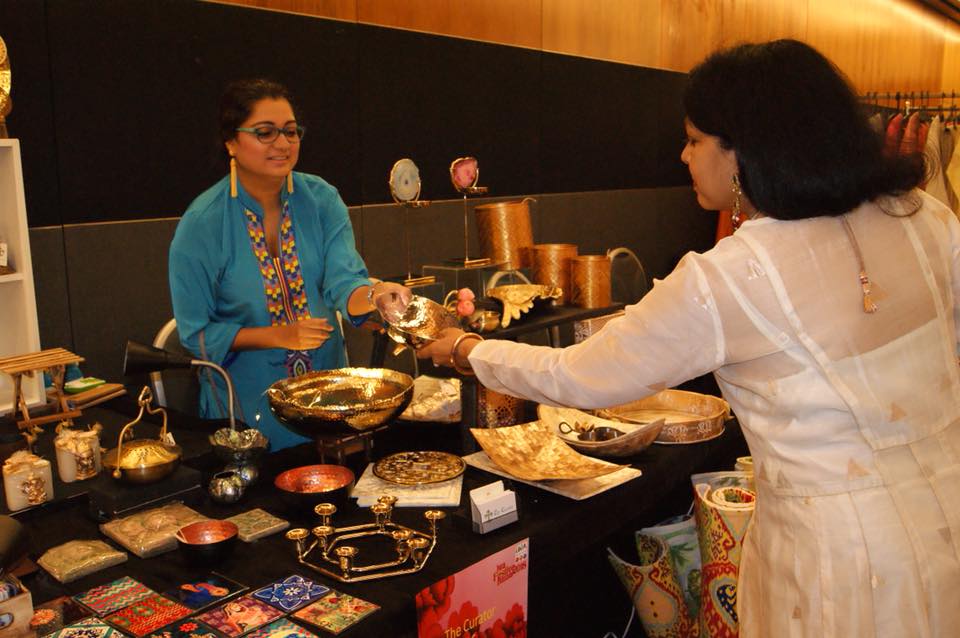 IWA also embarks on strategic social media planning and campaigns to maintain the interest of our shoppers. "Every Bazaar has an interesting campaign. This year there are several contests and attractive prices that are announced for shoppers, and we would like to extend special thanks to all our sponsors for their support," Gowri said.

Touted as the ‘happiest bazaar in Singapore’, IWA Bazaar appeals to all the five senses. “It boasts of an exquisite collection of sarees and dresses from all over India, the dazzle of costume jewellery, the buzz created by camaraderie, as well as the enchanting whiff of samosas, chaats, & piping hot chai,” Nirupa enthused. “Most importantly, all these are for a good cause!”

Things to do in Singapore Indian Diaspora