US President Donald Trump has picked Ajit Vardaraj Pai to head the crucial Federal Communications Commission (FCC), making him the fourth Indian-American in the administration at the senior level. 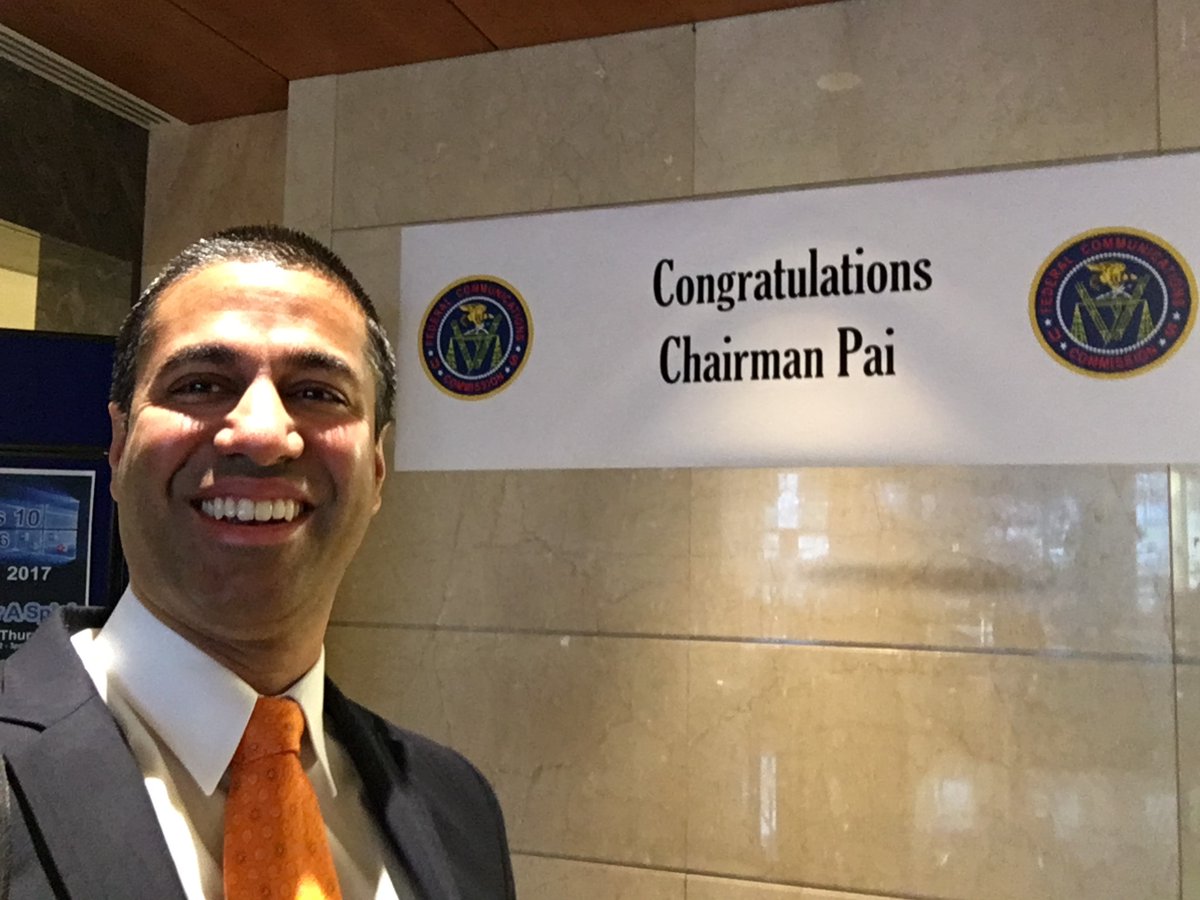 "I am deeply grateful to the President of the United States for designating me the 34th Chairman of the Federal Communications Commission," Pai said in a statement.

"I look forward to working with the new Administration, my colleagues at the Commission, members of Congress, and the American public to bring the benefits of the digital age to all Americans," Pai added.

Following Nikki Haley, nominated US ambassador to UN, Seema Verma, head of medicare and Medicaid and Preet Bharara, US attorney for the southern District of New York, Ajit Pai is the fourth Indian-American picked by Trump for key positions in his administration.

He will be the Chairman of the FCC the federal authority regulating cellphone spectrum and services, radio, television, phone, internet and satellite and cable.

Pai announced his appointment on Twitter, saying he was told of it on Monday and that "it is a deeply humbling honour". He added that he would work to bring the benefits of the digital age to all Americans.

I'm ever grateful that this country has given me and my family the opportunity to dream big. #OnlyinAmerica https://t.co/xiCssTLQJo pic.twitter.com/Sg5N3lVphc

The FCC also has a major role in controlling the content of television and radio, a sensitive issue given Trump's contentious relations with the media.