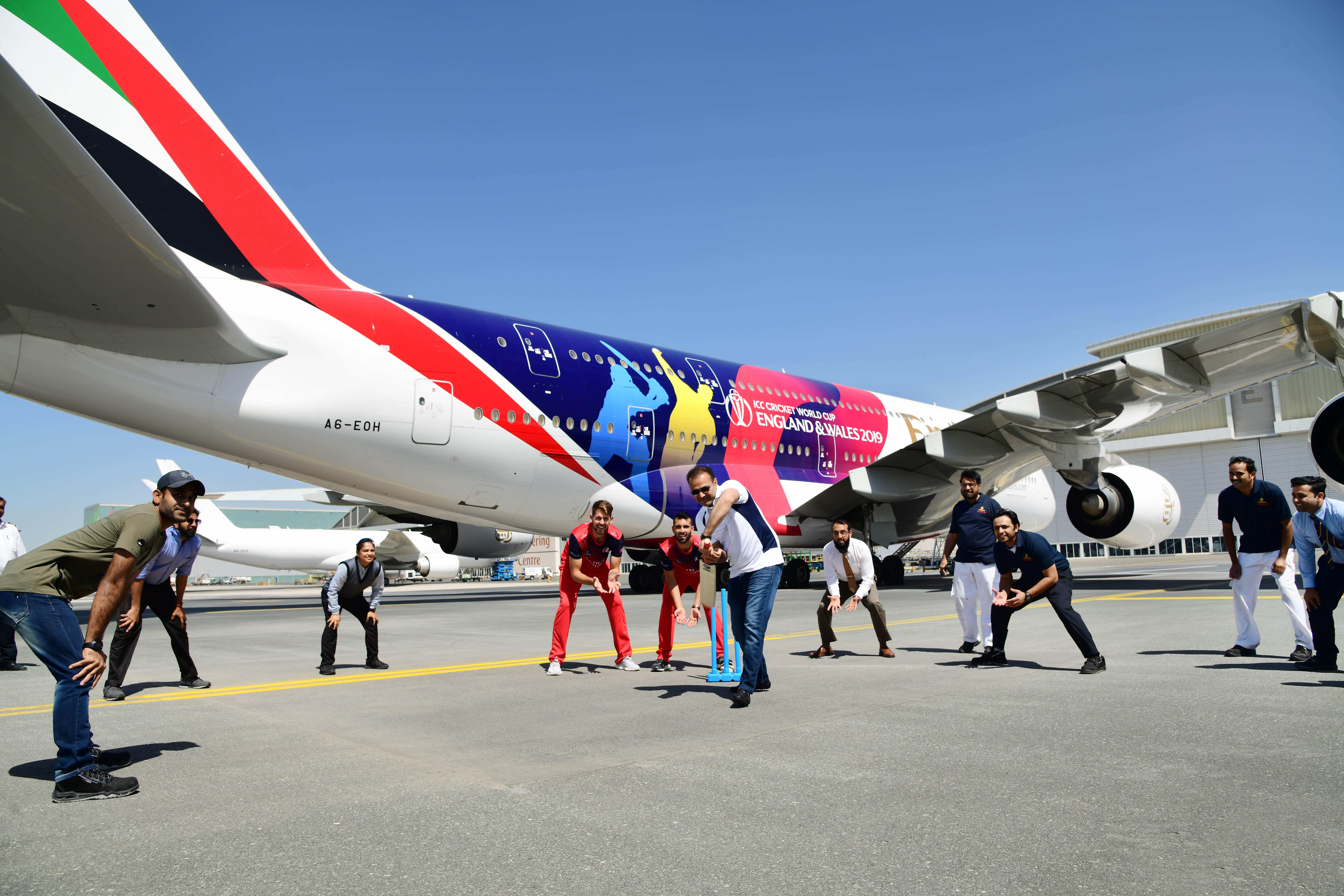 Interestingly, the ICC Men’s Cricket World Cup trophy also made its debut during the event as excited employees got the chance to take photos with the iconic cup.

The cricket players were accompanied by Emirates Engineering staff who had worked on installing the decal on the aircraft. 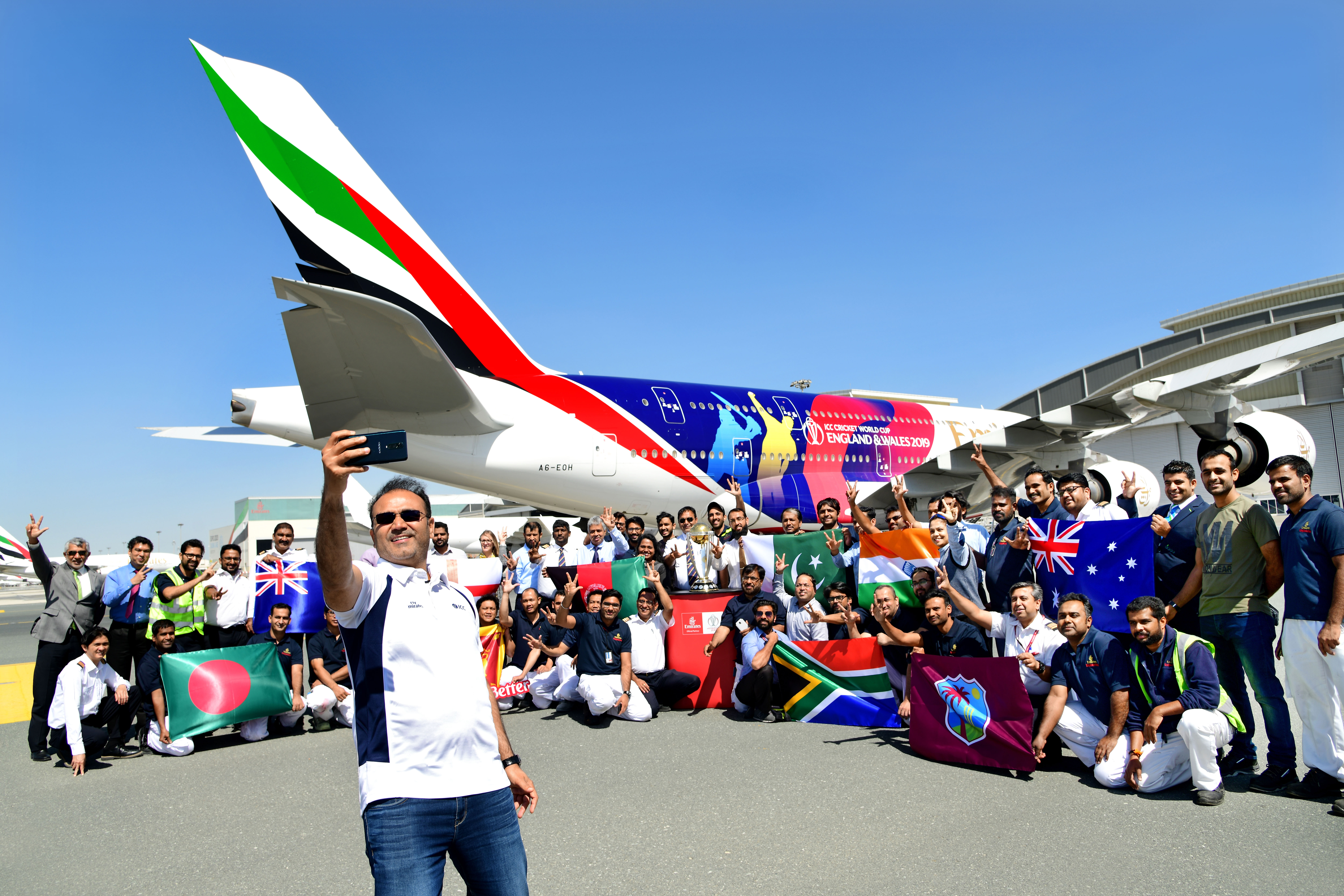 “I am delighted to be able to see the Emirates plane with the ICC Men’s Cricket World Cup livery making its debut today. It is a wonderful way to celebrate what I know is one of the most eagerly awaited sports events of the year and fitting that its first journey is to our hosts in England and Wales,” said David Richardson, ICC Chief Executive.

Watch our @ICC @CricketWorldCup 2019 @Airbus A380 get ready to fly cricket fans across six continents. Where would you like to see the #CWCEmiratesA380 land? pic.twitter.com/xEl02dQftX

The attention-grabbing ICC Men’s Cricket World Cup 2019 decal covers a substantial area of 694sqm on the Emirates A380 fuselage and includes player silhouettes batting and bowling against a backdrop of vibrant shades of purple and pink. 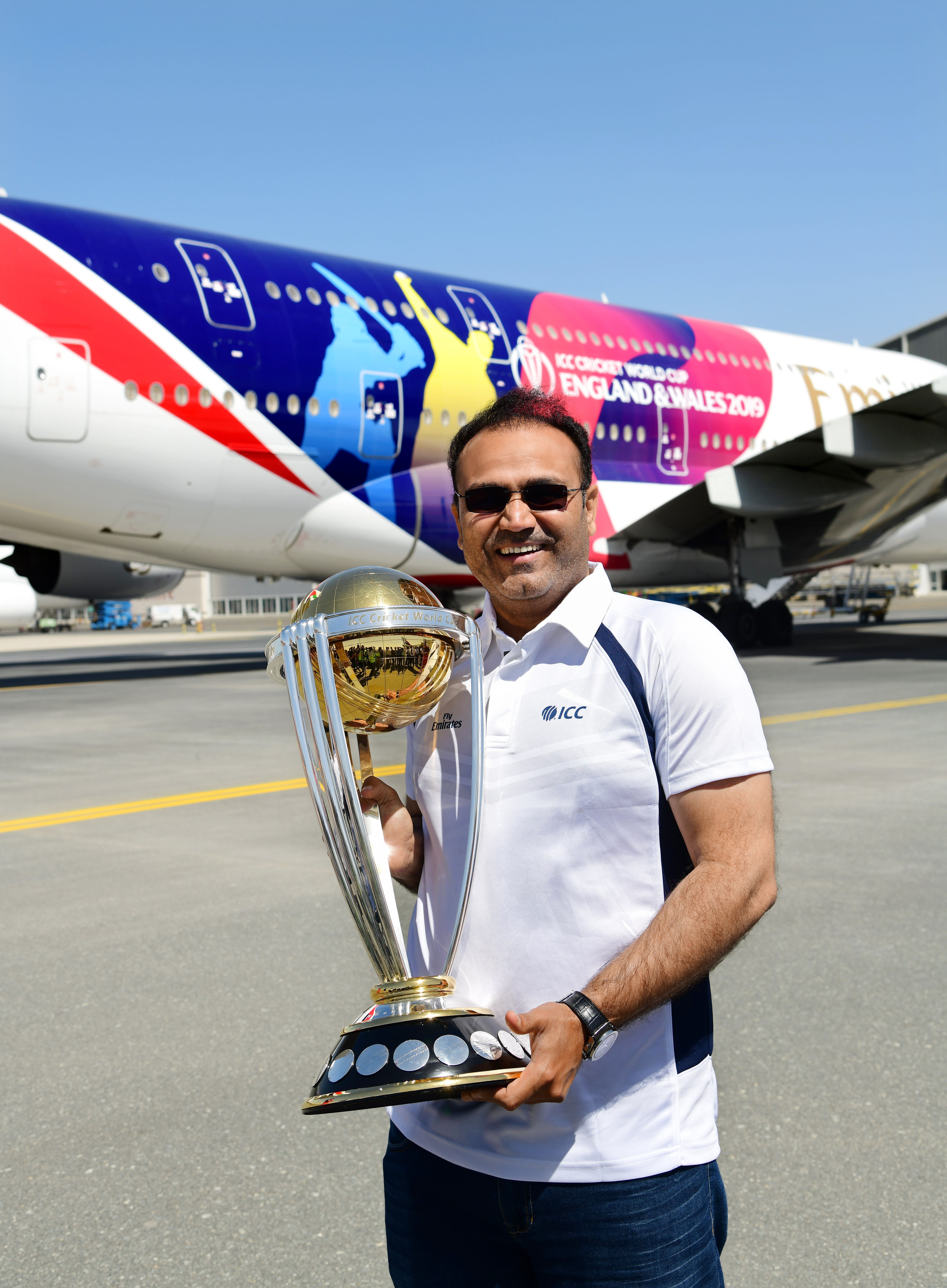 “Over the next few months, the aircraft is expected to fly to UK points including Manchester and London Gatwick. Cricket fans and aviation enthusiasts alike can also look out for the aircraft landing and taking off in Johannesburg, Mumbai, as well as Emirates destinations served by the A380 in both Australia and New Zealand,” said Emirates in a press release.

Emirates will also be flying most of the national teams to the event as they get ready to compete for the trophy and title of world champions of the ICC Men’s Cricket World Cup 2019 in England and Wales.