India is a rambunctious democracy. Indians across the world are no less. With under a month to go for the biggest election in the world where 450 political parties will field a whopping 8,000+ candidates wooing 915 million voters, we asked some members of the Indian diaspora about their views on upcoming polls.

Over 70,000 Indians abroad have registered as overseas voters. Impressively, they will be making a trip back home to cast their vote next month.

Besides the mainstream media, news-comedy shows are having a go at Indian elections and the big parties. Who wouldn't like to get some viewers on the back of world's biggest reality event? Indian American comedian Hasan Minhaj did an Indian election special on his show on Netflix called 'Patriot Act'. Besides talking about the enormity of elections he took digs, more at BJP and PM Modi than Congress and Rahul Gandhi, at Indian political parties.

Not being in India doesn't seem to be a barrier to political campaigning. NRI enthusiasm is pouring into the streets in the form of car rallies organised by supporters of political parties overseas,

London Overseas Friends of BJP (OFBJP)-UK and Indian Overseas Congress (IOC)-UK took out motorcades last Sunday to campaign for their respective parties. Social media activism, sharing of content and voicing of support are on full steam. 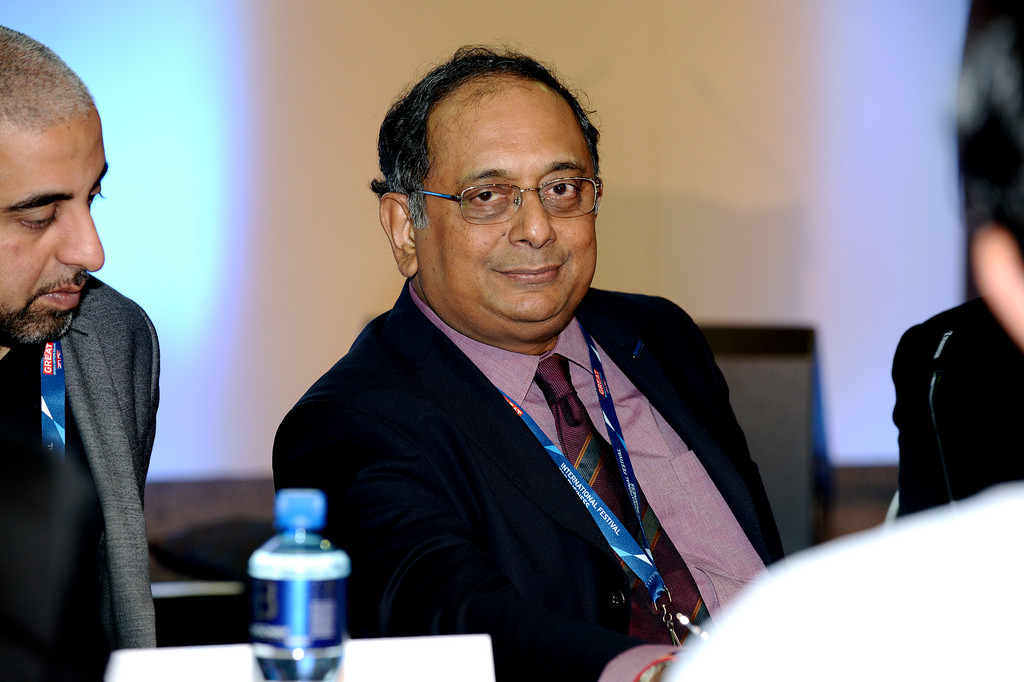 A 35-year veteran journalist and published author, Ravi has reported from across Asia and the US. Photo courtesy: Flickr

Clearly, it is not about votes alone but influencing opinion. Says one of Singapore’s most respected and senior journalists, Ravi Velloor, Associate Editor, Straits Times, “Political parties spend time influencing abroad because NRIs have become key in both influencing minds at home - thanks to Whatsapp, FB and a host of other platforms - and also because many of them are committed to sending funds for their pet parties/causes.”

A 35-year veteran journalist and published author, Ravi has reported from across Asia and the US. Formerly Foreign Editor and South Asia Bureau Chief of Straits Times.

“Indian elections definitely hold a lot of interest, and it will pick up in the weeks ahead. Frankly, no, I was not aware of the provisions for NRIs to vote,” he said, on being asked about the interest in Indian elections among the diaspora and the recent amendments to the Representation of People Act, 1950.

According to the provisions of Section 20A of the Representation of People Act, 1950, a non-resident Indian (NRI) settled in a foreign land can become an elector in the electoral roll in India and vote in their hometown. Last year, the Indian Cabinet and Election Commission had both given the go-ahead to introduce a system of proxy voting for people in this category but the logistics issues were unable to be resolved. As of now, there is no provision for online voting either.

Despite the approvals from the Election Commission and the Indian government, setting up a system that allows NRIs to vote without having to return to India seems to have hit a roadblock, with many NRIs unsure about what's in store for them in 2019. It doesn't help that fake news about allowing online voting and e-ballots has been doing the rounds on the internet.

Meenakshi Dahiya, a homemaker in Singapore, is a vocal advocate and supporter of India’s oldest party, the Indian National Congress. She says that the election will have a colossal impact on diaspora families. Her pick this GE is Congress followed by Mahagathbandhan in that order, with a solid "No" to BJP. 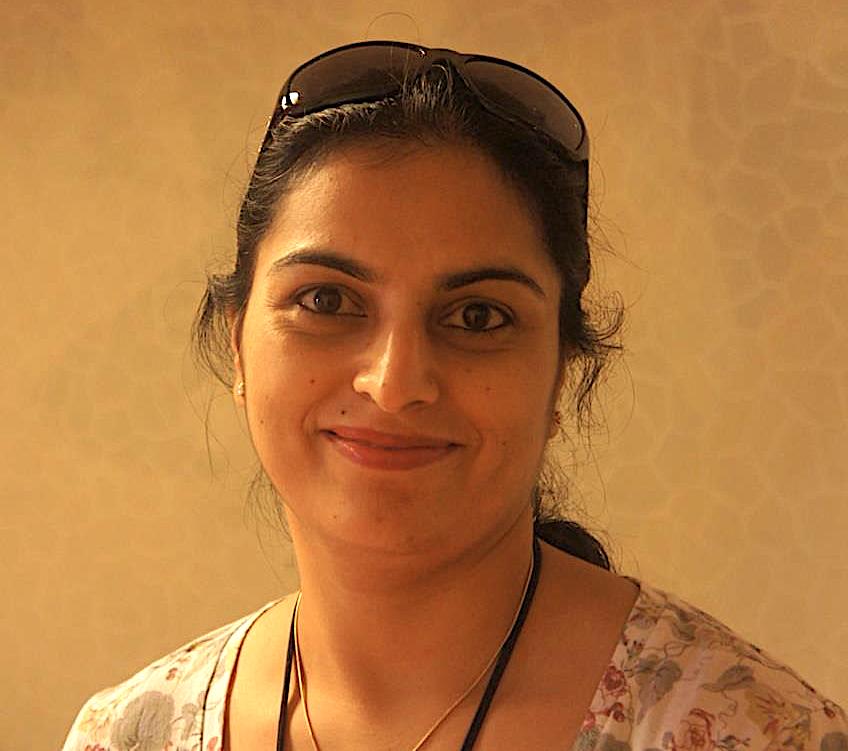 Her family has registered online as overseas electors but are still unsure of what to do next because of ambiguity from the Indian government and Election Commission. “Unfortunately we received no further response on that. We don’t know whether we will be able to vote or not,” she said.

For many members of the Indian diaspora, the issue of voting goes hand-in-hand with the economic policies of the candidates, which is of far more interest to them than ideologies or diplomatic issues.

Vineet Kumar, Senior Director Marketing - Asia Pacific & Japan, SAP SuccessFactors is well aware of the provisions for NRI voting; given his tech and IT expertise it comes as no surprise that he would like the government to consider e-voting as an option for the NRIs in future and as an NRI and business executive, he offers a different viewpoint on why political parties are reaching out to the diaspora across the world. 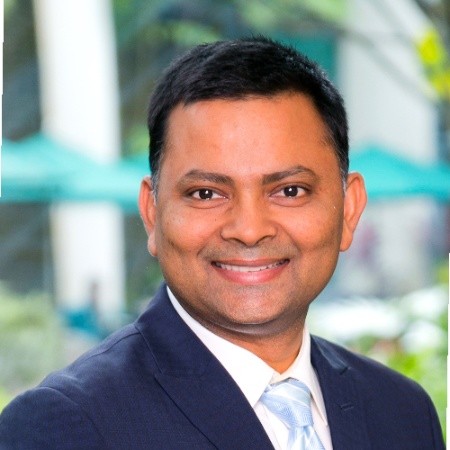 Vineet Kumar would like the government to consider e-voting as an option for the NRIs in future. Photo courtesy: Linkedin

“Indians living abroad contribute significantly to the economic activity and growth back home; hence it makes sense for political parties to continue engagement with them,” he says.

Pawan Grover, an EAP Lecturer at James Cook University Australia's Singapore Campus, tells us that interest in the upcoming voting process is high among the diaspora. “We have a lot of family back home and we too travel back frequently, thus the political party in power must be the one that ensures the law and order, safety and basic needs such as air quality, steady electricity and clean water,” she said.

Extensive coverage across a broad spectrum of the media has made it clear that the average NRI is ready to cast his/her vote and is politically active.

Meenakshi feels that staying abroad actually makes their stakes bigger and responsibilities larger, politically speaking. According to her, the fate of NRIs is inextricably linked to India.

“From Gandhiji, Pt Nehru, Babasaheb Ambedkar and many other founding luminaries of India to present day political talent like Rahul Gandhi, Jyotiraditya Scindia, Sam Pitroda, Sachin Pilot and many more have lived, studied and worked overseas. This is an uninterrupted ongoing process. Hence it makes sense for all the parties to reach out to us,” she said.

“As overseas citizens, we can compare governance styles in India and our country of residence. Singapore shows the world how it is done. Each nook and cranny of this beautiful country is planned well and carefully nurtured. Government actively looks after its people,” she said.

Her interest in the polls is apparent as she has facts at her fingertips and is up-to-date on the latest polltalk. “This election is being compared with the post-emergency election of 1977. In the last few years the economy has shrunk and law and order situation, particularly the inter-community environment, has worsened. Our parents and relatives back home suffer the consequences and we will too when we go back. So, right governance is a key concern.”

She also says Indians abroad are very politically involved and informed citizens and have the potential to contribute immensely to the process back home.

Perhaps the most important aspect about the polls for NRIs is the economic impact it has on the nation and its global trade portfolio. Foreign policy is too rarefied an issue to affect the average NRI, nor one they can influence directly in any way. Religious and ideological debates between Indian political parties are no more than drawing room conversations or ice breakers at parties. But India, as the world’s fourth largest economy, has a vital role to play in the global economic tapestry and even the smallest ripples in our economy can create mighty waves overseas.

Vineet offers an alternative, economically-inclined view on the upcoming polls. He is very interested in elections back home and would like more and more people to exercise their right to vote for a government of their choice.

Vineet is also the closest person to a politically neutral idealist that we could find. “I don't have a preference, however, I am sure all political parties are equally capable to serve the people of the nation,” he added. 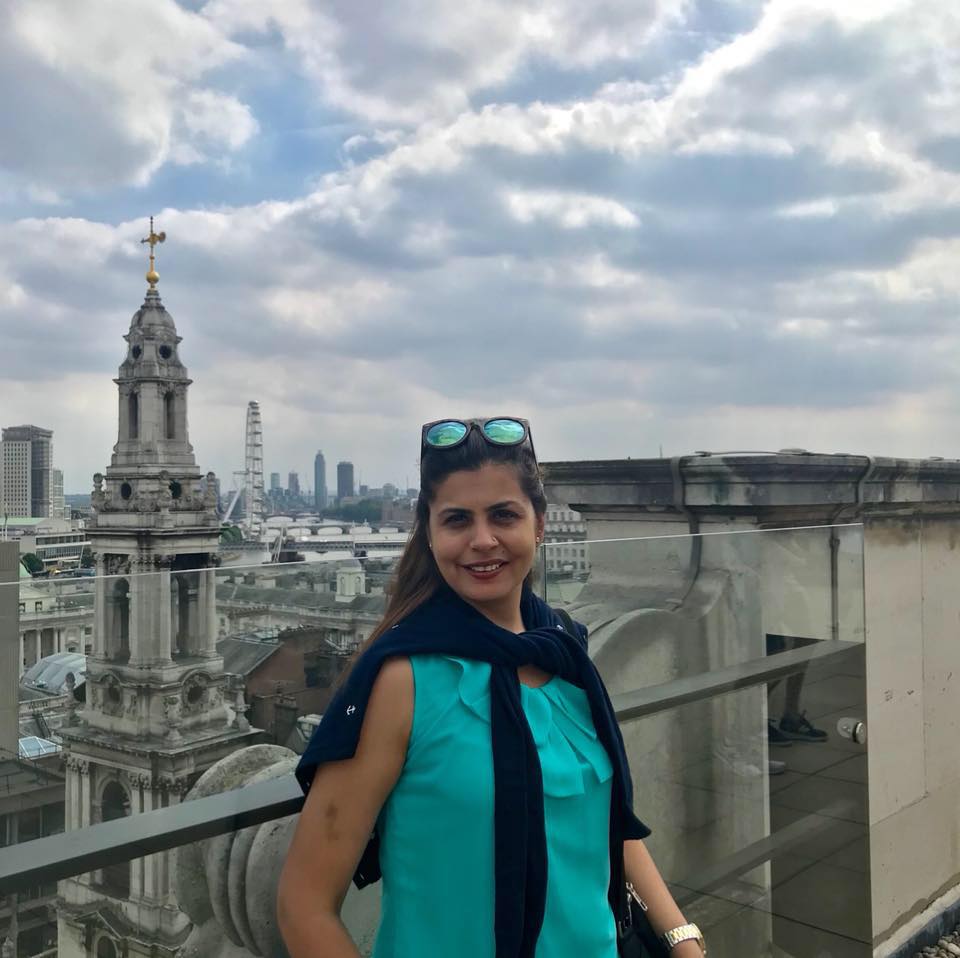 Pawan Grover tells us that interest in the upcoming voting process is high among the diaspora. Photo courtesy: Facebook

Pawan Grover emphasised that NRI interest in the upcoming election only highlighted the fact that you can take the Indian out of the country, but you can’t take India out of the (non-resident) Indian. Pawan says major political parties spent so much time and effort campaigning among Indians abroad to get their votes and also seek investment from them in India. Her ideal government is for “the best from each party should form a coalition”.

Of course, given the enormity of the stakes, the question of who is going to form the next government is one that is the subject of constant debate, with the political situation changing day-by-day. Most pundits, however, still predict a victory for BJP and Narendra Modi, albeit a narrower one than the sweeping triumph in the last polls.

“It is too early to pick winners, but Modi has a lot of support despite the mistakes he has made and his image is enhanced by the fact that the rest of it seems like a gang-up against him - that makes him look powerful and important,” Ravi Velloor said.